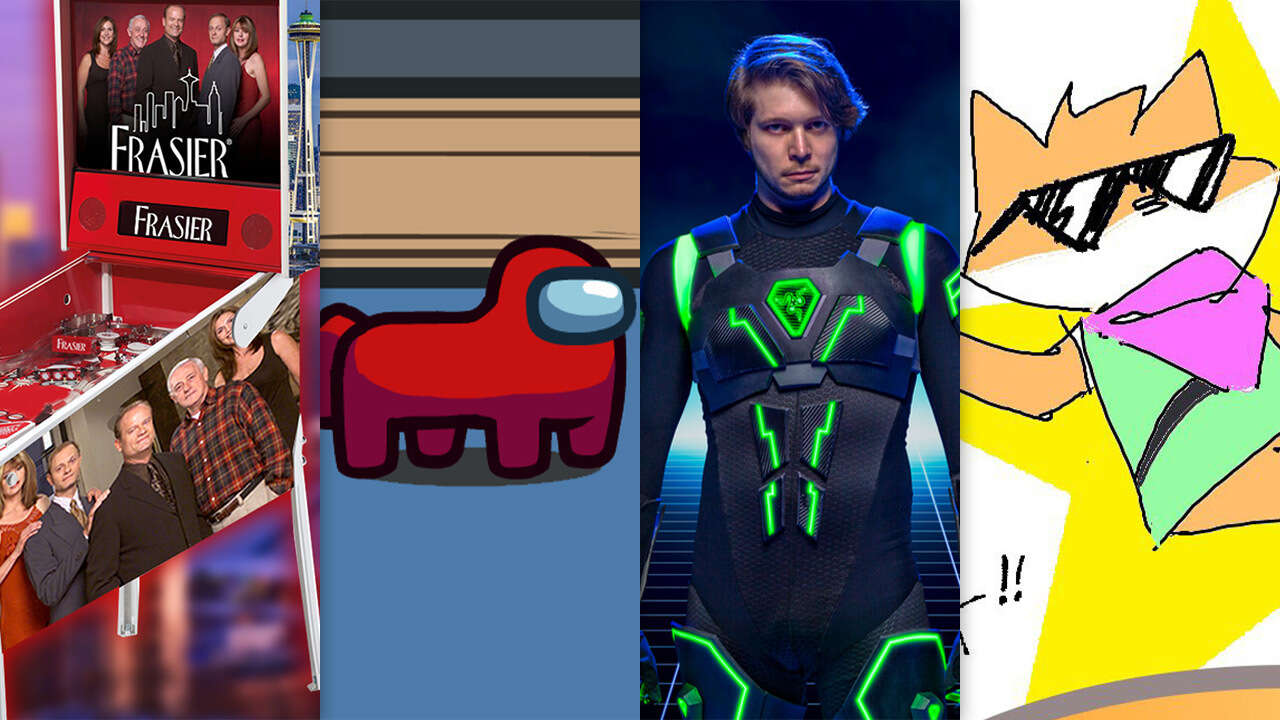 April Fools’ day is a great time to have a laugh, and with many video game companies looking to spread some joy, each year sees some of the biggest names in the industry join in on the fun. This year has been another terrific example of clever humor and adverts for gaming-related gear that we wish was more than just a quick joke, and we’ve rounded up some of the best gags below for you.

Peripherals manufacturer NZXT joked about jumping into the handheld gaming PC market today, unveiling a prototype for the H-AND mobile PC. Boasting a 32-core 64 thread APU, an 800 DPI 12-inch display, a tenkeyless pullout keyboard, and plenty of RGB within its imaginary shell, the real laugh here is the placement of the face buttons and scrolling mouse wheel. Somehow, we don’t think that gamers are ready to make that switch just yet.

The metaverse is coming, and there’s nothing you can do stop it. What you can do though, is don’t the fictional Razer Hypersense suit, which doesn’t look like a failed costume test from a 1998 episode of VR Troopers. Using this totally-not-fake suit, you’ll be able to enter the metaverse and feel every sensation thanks to haptic feedback technology. And yes, it does have RGB lighting.

Nintendo gets into the NFTii market

Finally, silly JPEGs that are actually worth collecting. Thanks to GameXPlain for this hilarious and horrifying joke.

Among Us adds a horse mode for one day only

Among Us is out to prove that while two legs may be good, four legs are definitely better. Available for today only, the free update turns Among Us crewmates and impostors into cursed four-legged version of themselves.

Said. Ditto everywhere in this Pokemon Go event. Professor Willow–who totally isn’t a cute pink blob disguised as him–has some new special research that he needs your help with. Are you sure that you’re not a Ditto though?

Tunic’s getting an EXTREME sequel

Tunic is a beautifully crafted love letter to adventure games like The Legend of Zelda, and for its non-existent follow-up, everyone’s favorite fox clad in green is going to bust some sick tricks on a halfpipe near you.

Introducing the CORSAIR K1 RGB!
The world is at your fingertip with the most technologically advanced 1% mechanical keyboard ever built. pic.twitter.com/yJydXJfRRc

Think a tenkeyless keyboard is the final word in compact PC gaming accessories? Corsair is here to shake your worldview with its K1 RGB, a high-tech slice of hardware with limited keys and almost unlimited customization. One key at a time, that is.

To commemorate one of the most beloved sitcoms of all time, we’re pleased to announce a special limited edition release of everyone’s favorite radio host, Frasier.
To honor the show’s run, we’re only releasing 264 games. ⁰⁰Follow the link to order now! https://t.co/fdaAwGSqh0 pic.twitter.com/ql7iLHGTLo

All I know is that when I miss an easy shot, I’ll be blaming Niles for making me tilt the machine.

Minecraft is being saved, one block at a time

Young Horses is thrilled to announce a second FREE update: The Isle of Smallsnax!
Those darn Bugsnax have been getting a little too big to handle lately, so we’re finally cutting them down to size.
Now your favorite Snax have realistically buggy proportions!
Coming Early 2022 pic.twitter.com/6rsW3iJRsD

Bugsnax developer Spicy Horse did the unthinkable last year by removing all of its bugs from the game. This year, the studio is adding a second free update that chops its pesky and delicious subject matter down to size with The Isle of Smallsnax upgrade. Smaller, better, and bugger than ever.