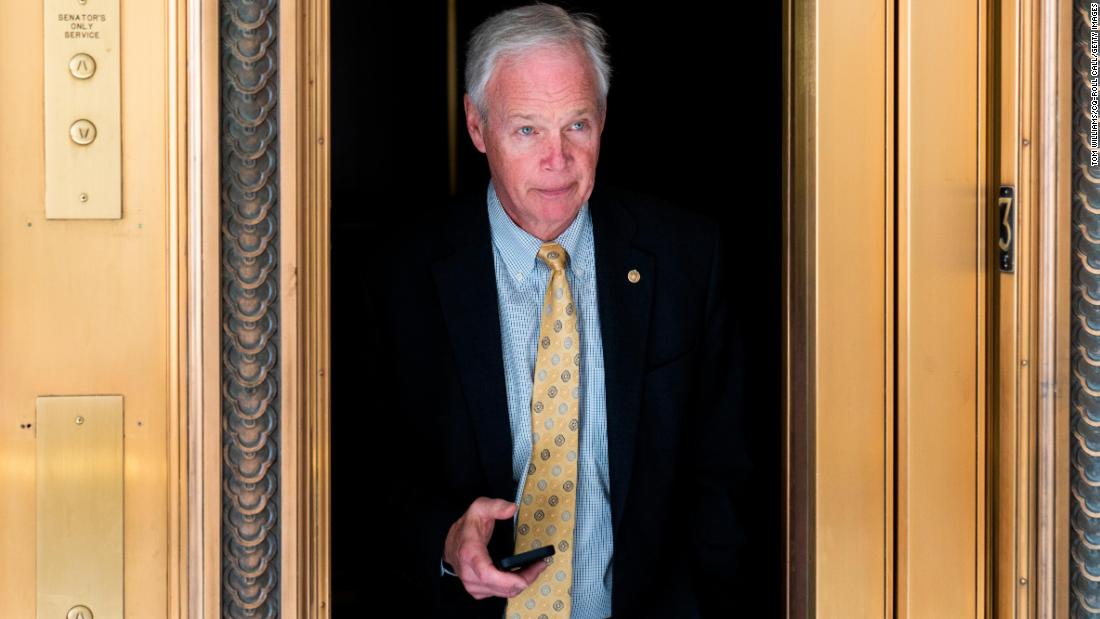 A Johnson aide texted a staffer for then-Vice President Mike Pence that the Wisconsin Republican wanted to hand-deliver “fake” electors to Pence just before the start of the January 6 congressional session to certify Joe Biden’s 2020 election win.

“What is it?” Hodgson asked.

“Alternate slates of electors for MI and WI because archivist didn’t receive them,” Riley responded.

“Don’t give that to him,” Hodgson said.

After the hearing, Johnson told CNN he had “no idea” who had tried to get him to share the fake electors from Michigan and Wisconsin with Pence but he acknowledged he had been aware of the ask on the morning of January 6, 2021.

“I was aware that we got this package and that somebody wanted us to deliver it, so we reached out to Pence’s office,” he said.

Leaving the Capitol later Tuesday, Johnson revealed that a House staffer delivered it to his office but said he doesn’t know whose office the staffer was from and he isn’t interested in finding out

Asked if he wanted to know who had felt it, he said, “No. No, because there’s no conspiracy here. This is a complete non-story, guys. Complete non-story.” However, he said later that he had asked his staff about this when the news broke, and “nobody knows” who felt it.

The messages between the aides, which have not been previously disclosed, show that Johnson was playing a role in the effort to put forward “fake” Trump electors who had not been certified by any state legislatures.

The messages were exchanged just after 12:30 pm ET on January 6, according to the committee, minutes before Pence gaveled in the joint session of Congress at 1 pm ET — and rioters began breaching the Capitol to disrupt the certification.

Chair Bennie Thompson says the committee has “not yet” reached out to Johnson amid the revelations of his involvement in the fake elector scheme.

“The committee hasn’t made a decision” on whether to call him to testify, Thompson said.

Asked if the fake elector scheme was criminal, the Mississippi Democrat said: “We are just presenting the facts.”

CNN’s Manu Raju and Morgan Rimmer contributed to this report.