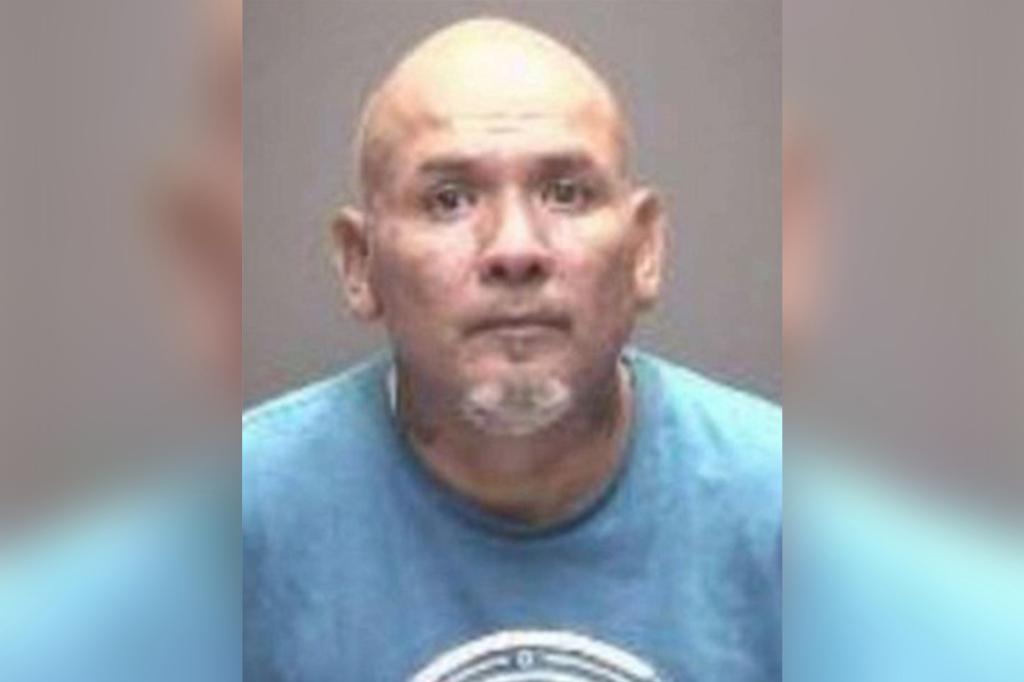 Four people were killed and two others seriously wounded in Texas when an alleged drunk driver blew a stop sign and caused a collision, cops said.

The two adults and two kids were traveling in a golf cart in Galveston when Miguel Espinoza, 45, allegedly flew through a stop sign and hit both the cart and a pickup truck at around 11:30 pm Saturday, according to Galveston police.

The golf cart driver was pronounced dead at the scene, while a woman and two juvenile passengers were hit to an area hospital, where all three died.

Espinoza, of Rosenberg, TX, and his passenger suffered minor injuries and were treated in the hospital and released.

Espinoza was subsequently charged with four counts of intoxication manslaughter. He is being held in Galveston County jail on $400,000 bond, police said.

The occupants of the pickup truck were unharmed.

The victims’ names and ages have not yet been released. Galveston police said they are members of two different families who had rented the golf cart, which they were legally driving on the city street.

Golf carts have become a popular transportation mode in the resort area roughly 50 miles southeast of Houston and city officials have created ordinances aimed at making them safer.