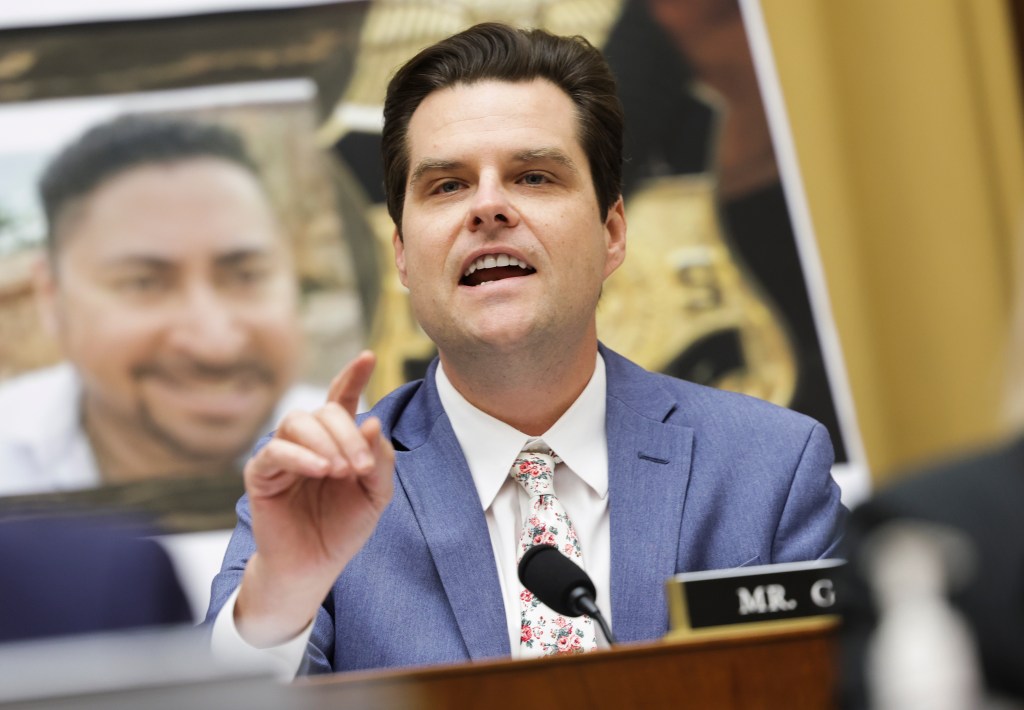 Matt Gaetz, 40, may have met his political match in a liberal, social-media savvy teen activist from Texas.

On Saturday, at an event for an organization that advocates for conservative values ​​on high school, college, and university campuses, the US Congressman said the following:

“Why is it that the women with the least likelihood of getting pregnant are the ones most worried about having abortions? Nobody wants to impregnate you if you look like a thumb.”

The comments garnered a lot of media attention, including a Newsmax piece that Gaetz retweeted to his 1.4 million Twitter followers with a photo of liberal activist Olivia Julianna, who’s 19 and with a group called Gen Z for Change, with the words “Dander raised. ”

The Congressman also retweeted an interview he did with a local ABC affiliate in which when asked if he was calling women who attend abortion rallies are “ugly and overweight” he replied, “Yes.”

Gaetz, who has made his name picking very public spats with liberals, likely didn’t see what was coming next.

Julianna took to Twitter just hours after Gaetz gave that TV interview and turned the attention of the Florida Representative had sent her way to her own political ends. She announced an online fundraiser supporting abortion access. She also began trolling Gaetz mercilessly.

By the next day, Julianna was ecstatic to have raised $70,000. It was just the beginning.

In the next 48 hours, the story was picked up by Newsweek, the Washington Post, Insider, Teen Vogue and Glamour. Wednesday, Julianna appeared on MSNBC’s the The Reid Outby which time she had raised $330,000.

Today, the Teen Vogue story was retweeted by Hillary Clinton with a “Well done, Olivia!” from the former Secretary of State.

Tonight, Julianna retweeted the Reid Out interview and announced the effort had crossed $1.1 million.

“Thank you @JoyAnnReid!” she wrote. “We raised $1.1 million in under 72 hours because of a rude comment. Imagine what we can do with a solid year of planning to elect democrats across the country.”