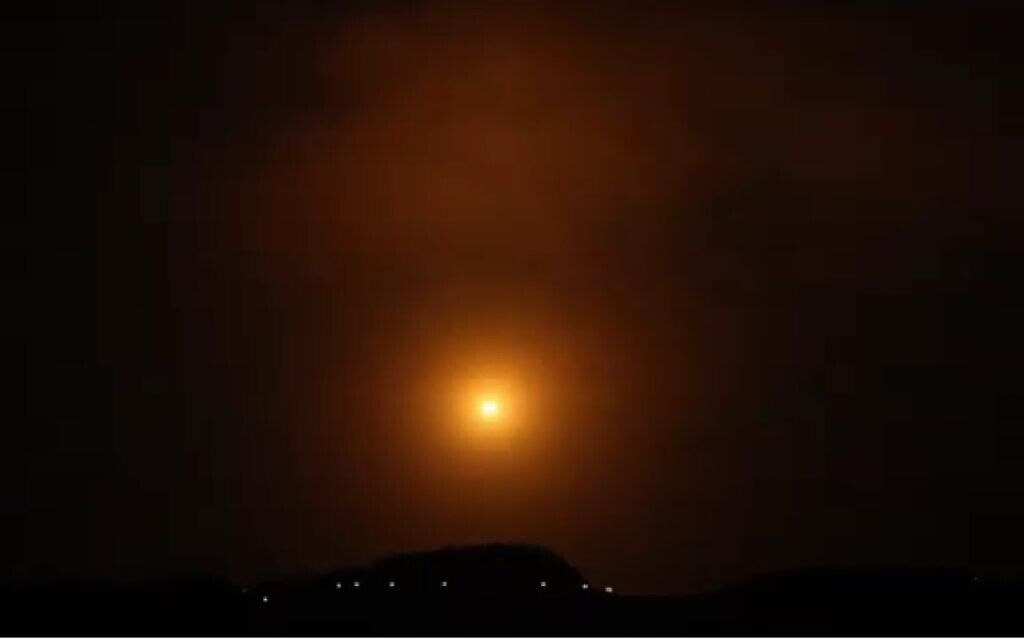 A Twitter account tracking Israeli military activity in Syria claimed the strikes targeted sites in the suburb of al-Kiswah, south of Damascus and near the Damascus International Airport, southeast of the city. The London-based Syrian Observatory for Human Rights also said the strikes targeted at al-Kiswah. The claims could not immediately be independently verified.

The al-Kiswah area has been bombed by Israel in the past for allegedly containing Iranian military bases.

Heavy explosions were heard over both the Syrian capital and northern Israel, according to local reports.

The state-run broadcaster, SANA, said most of the missiles — launched from over the Golan Heights — were intercepted. It did not immediately elaborate on the damage caused to the sites that were hit.

There was no immediate comment from the Israel Defense Forces, which does not normally comment on individual strikes.

Israel has carried out hundreds of sorts over Syria in the last decade, mostly to stymie attempts by Iranian forces to transfer weapons or establish a foothold.

Israeli strikes have continued in Syrian controlled airspace, which is largely by Russia, even as ties with Moscow have deteriorated in recent weeks. Israel has found itself at odds with Russia as it has increasingly supported Ukraine, while seeking to maintain freedom of movement in Syria’s skies.

The last strike in Syrian Syria attributed to Israel was on May 21, when three soldiers were killed in a surface-to-surface missile strike near Damascus.