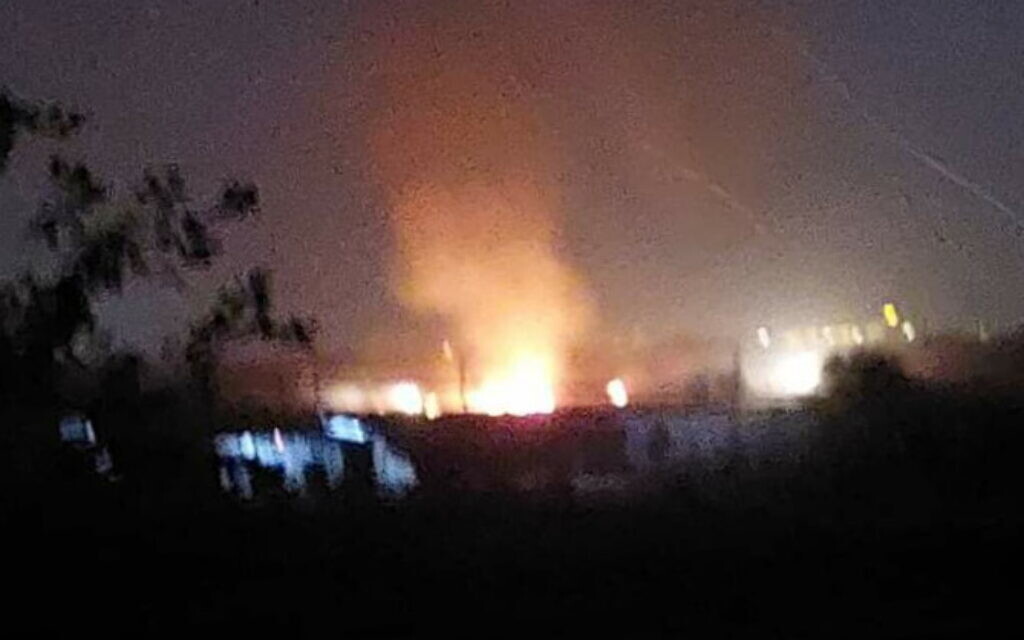 Syria accused Israel of carrying out two consecutive airstrikes on Wednesday night, the first against the Aleppo International Airport and the second near the capital Damascus.

According to the state-run SANA news agency, the first airstrike caused damage to the airport in northern Syria. It did not provide further details.

Images published on social media appeared to show several fires in the area.

Aleppo is a major city in northern Syria, near its border with Turkey, and is an uncommon — though not unprecedented — site for reported Israeli airstrikes.

The last reported Israeli strikes in the area were in July 2021.

Shortly after the strike on Aleppo, SANA said air defenses were engaging another Israeli airstrike, over the capital Damascus.

The news agency claimed that a number of “hostile missiles” were downed over Damascus and the surrounding countryside. Syria regularly claims to intercept Israeli missiles, though military analysts doubt such assertions.

SANA said damage was caused to several sites that were hit in the attack near Damascus, without elaborating further.

There were no immediate reports of injuries in the alleged attacks.

As a rule, Israel’s military does not comment on specific strikes in Syria, but has to conduct hundreds of sorties against Iran-backed groups attempting to gain a foothold in the country. It says it also attacks arms shipments believed to be bound for those groups, chief among them Lebanese Hezbollah.

According to Aurora Intel, a network that provides news and updates based on open-source intelligence, a sanctioned Iranian cargo plane landed at the Aleppo airport earlier Wednesday.

Generally, relatively large weapons are thought to be smuggled via Syria on Iranian cargo airlines, which frequently land at Damascus International and the Tiyas, or T-4, airbase, outside the central Syrian city of Palmyra. The weaponry is then believed to be stored in warehouses in the area before being trucked to Lebanon.

The unverified claim was picked up by the Hebrew language media, despite the fact that the organization, run by a single person, has regularly been accused by Syrian war analysts of false reporting, inflating casualty numbers, as well as inventing them out of whole cloth.