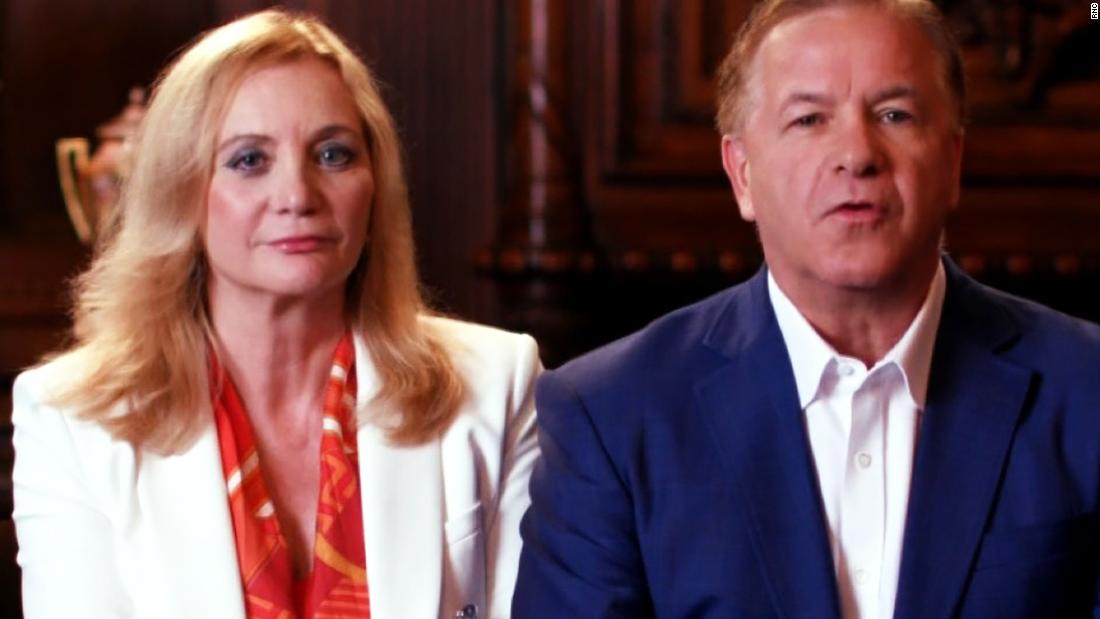 Mark and Patricia McCloskey faced disciplinary action from the Missouri Supreme Court earlier last year, after they pleaded guilty to misdemeanors (later pardoned by the governor) related to the June 2020 incident. The Missouri Supreme Court had found their conduct to have amounted to “moral turpitude” deserving of professional legal sanction.
In a petition submitted to the US Supreme Court last month, the McCloskeys argued that their conduct was protected by the Second Amendment and therefore could not be deemed the type of “moral turpitude” warranting disciplinary action.
The request was considered a longshot and the Missouri Office of Chief Disciplinary Counsel waived its ability to respond to McCloskey.
Mark McCloskey is currently running in the Republican primary for a Missouri seat in the US Senate, but is not considered a frontrunner.
Images of the McCloskeys brandishing the weapons became national news during the wave “Black Lives Matter” protestors in the wake of the death of George Floyd. Demonstrators were marching down a private street in front of the McCloskeys’ mansion to protest then-Mayor Lyda Krewson’s decision to publish the names and addresses of people in favor of police reform.

In videos posted to social media, Mark McCloskey is seen holding an AR-15 style rifle and Patricia McCloskey a pistol as the protestors walked by, and the images have played a prominent role in Mark McCloskey’s Senate race.

Mark McCloskey told CNN at the time that he was “in imminent fear they (protesters) would run me over, kill me.”
The McCloskeys went on to plead guilty to misdemeanor charges. After Republican Gov. Mike Parson pardoned them of the charges last August, the state’s Office of Chief Disciplinary Counsel asked the Missouri Supreme Court to suspend their law licenses, citing the criminal conviction.

The state Supreme Court granted that request in February, but put the suspensions on hold contingent on the McCloskeys successfully completing a year of probation.