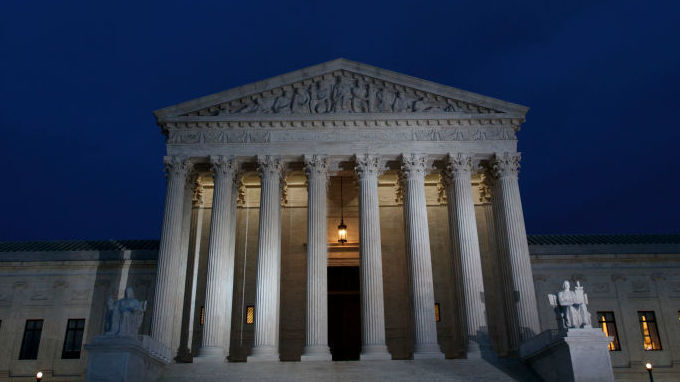 The US Supreme Court handed school choice advocates a major victory on Tuesday.

By a 6-3 vote along ideological lines, the court opened the door further for those taxpayers seeking funding for religious schools.

In its clearest statement to date, the court said that if a state taxpayer uses money to pay for students attending nonreligious private schools, it must also use taxpayer funds to pay for attendance at religious schools. For all practical purposes, the decision thus invalidates provisions in 37 state constitutions that ban the direct or indirect use of taxpayer money in religious schools.

The court’s ruling came in a case from Maine, a state so rural that more than half of its school districts have no public high school. The state deals with that problem by contracting with nearby high schools in other districts and private nonsectarian private schools to take up the slack. The payment is the average cost of public school tuition, a bit over $11,000.

Two families challenged the funding system contending that the state should also pay for their children’s tuition at private religious schools where the curriculum is “biblically based” with religion “integrated through all content areas.”

On Tuesday, the Supreme Court agreed. Writing for the court majority, Chief Justice John Roberts said that when the state pays tuition for students at nonsectarian private schools, but not religious schools, “that is discrimination against religion.”

The chief justice did offer some suggestions about how to comply with the court’s ruling, including setting up a state boarding school for children who live far from public high schools or offering remote learning instead, or building more public high schools.

Consequences of the opinion

In an interview with NPR, Maine Attorney General Aaron Frey blanched at those suggestions Tuesday. “I don’t know to what extent those suggestions were reasonable,” he said, noting that opening a boarding school “frankly may not be consistent with what is actually practicable for your average working class state.”

The court’s three dissenters cited these problems as the very reason that until now, the Supreme Court has allowed what it called “some play in the joints” between the Constitution’s ban on state establishment of religion and its guarantee to the free exercise of religion.

Writing for the dissenters, Justice Stephen Breyer noted that in previous decisions, the court said that states may set up tuition voucher programs paid for by the state that allowed parents to send their children to parochial schools. “The key word is may,” he said. “We have never previously held what the court holds today, namely that a state must use state funds” to do that.

Added Justice Sonia Sotomayor: “Today the court leads us to a place where separation of church and state becomes a constitutional violation.”

Notre Dame law professor Richard Garnett says charter schools “are a gray area…. I am genuinely curious to see how the law of charter schools develops and whether we get to a point where a charter school is permitted to be as … religiously imbued as a parochial school is.”

What Maine can do

As for Maine, it faces something of a dilemma. The state legislature will not be back at work until September, too late to adopt an alternative system for educating its students from more rural areas. The 4,800 students with state paid tuition at the non-religious independent academies could be reallocated to public schools elsewhere. But that would leave the academies, many of which have long histories in their districts, bereft of students. Some 80-to-95% of the students in these academies are paid for by the state, according to Maine officials. So it is possible that the academies would become charter schools, and thus part of the public school system.

Alternatively, the state legislature might decide to pay the tuition for students attending religious schools. But that would likely provoke other legal problems. The religious schools at the center of Tuesday’s case pride themselves on imbuing students with religious views; they don’t, for instance, accept children from other faiths, gay students, gay teachers, or the children of gay parents. It is not clear that their curriculum behaves with the state curriculum. All of that would put those schools at odds with state laws. And it is not even clear that any of the schools actually want to be included in the state tuition program, especially if, as is almost certain, contracting with the state means strings are attached. The case before the Supreme Court was brought not by the schools, but by two sets of parents.

Still, University of Pennsylvania law professor Marci Hamilton says she does not see the Supreme Court stopping here because it has “a more theocratic than secular viewpoint.”

“I think the Supreme Court is definitely on a trajectory,” and “the inevitable conclusion is that what they’re saying is that it’s unconstitutional to deny religious schools the same funding that public schools get.”