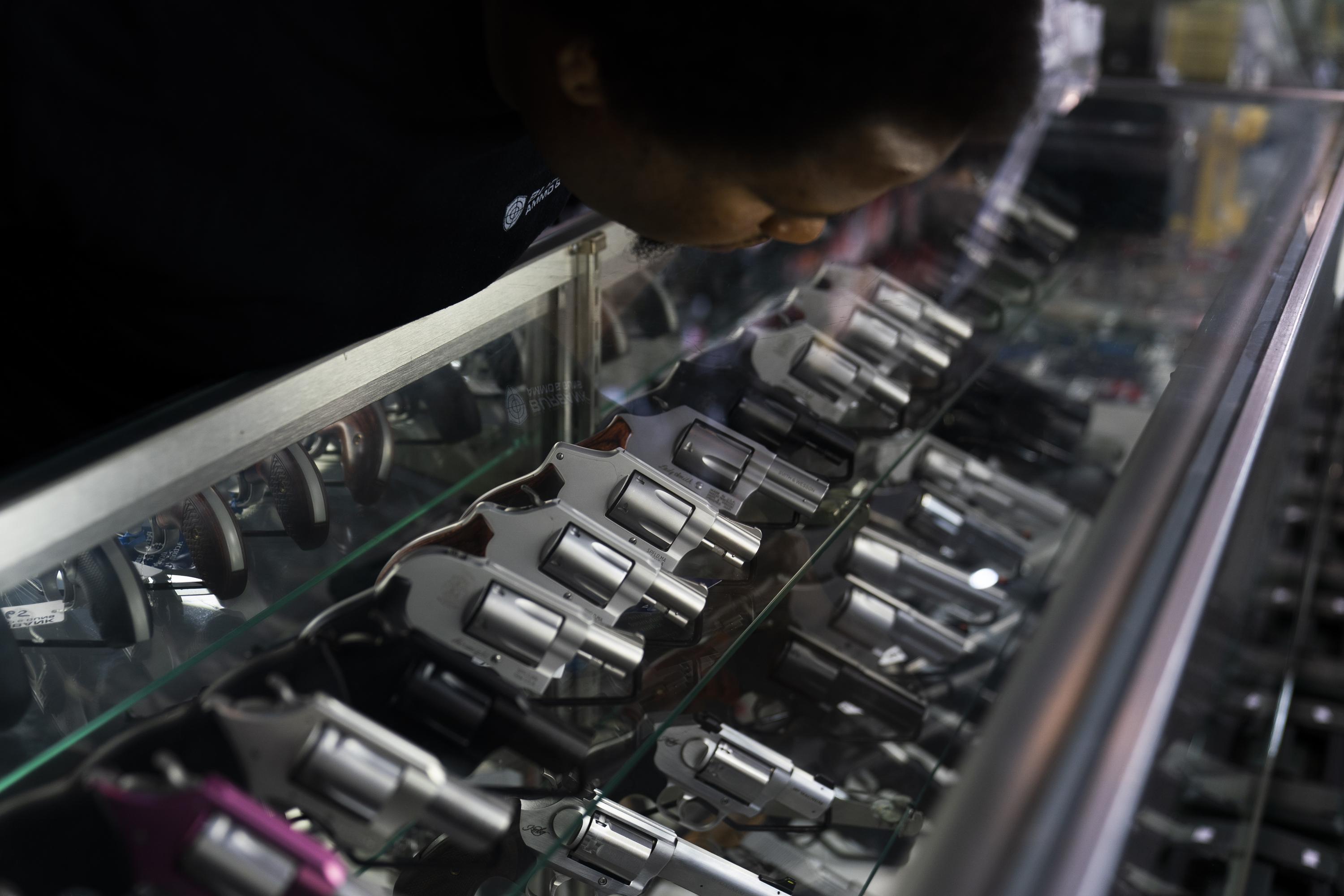 WASHINGTON (AP) — The Supreme Court has issued its biggest gun rights ruling in more than a decade. Here are some questions and answers about what the Thursday decision does and does not do:

WHAT EXACTLY WAS THE SUPREME COURT RULING ON GUNS?

The Supreme Court said that Americans have a right to carry firearms in public for self-defense. That’s important because about half a dozen states have conditioned getting a license to carry a gun in public on the person demonstrating an actual need — sometimes called “good cause” or “proper cause” — to carry the weapon. That limits who can carry a weapon in those states.

In its decision, the Supreme Court struck down New York’s “proper cause” requirement, but other states’ laws are expected to face quick challenges. About one-quarter of the US population lives in states expected to be affected by the ruling.

The last time the court issued major gun decisions was in 2008 and 2010. In those decisions the justices established nationwide right to keep a gun for self-defense in a person’s home. The question for the court this time was just about carrying a gun outside the home.

Justice Clarence Thomas wrote in the court’s majority opinion that the right extended outside the home as well: “Nothing in the Second Amendment’s text draws a home/public distinction with respect to the right to keep and bear arms.”

HOW DID THE JUSTICES RULE?

The gun ruling split the court 6-3, with the court’s conservative justices in the majority and its liberals in dissent. In addition to Thomas, the majority opinion was joined by Chief Justice John Roberts and justices Samuel Alito, Neil Gorsuch, Brett Kavanaugh and Amy Coney Barrett. The court’s three liberals who dissented are justices Stephen Breyer, Sonia Sotomayor and Elena Kagan.

ARE NEW YORKERS NOW FREE TO CARRY A GUN IN PUBLIC?

Not exactly. The justices didn’t touch other parts of New York’s gun law, so other requirements to get a license remain. The court made it clear that the state can continue to make people apply for a license to carry a handgun, and can put limitations on who qualifies for a permit and where a weapon can be carried. In the future, however, New Yorkers will no longer be required to give a specific reason why they want to be able to carry a gun in public.

The decision also doesn’t take effect immediately and state lawmakers said Thursday that they were planning to overhaul the licensing rules this summer. They have yet to detail their plans. Some options under discussion include requiring firearms training and a clean criminal record. The state might also prohibit handguns from being carried in certain places, like near schools or on public transit.

In addition, the decision does not address the law that recently passed in New York in response to the Buffalo grocery store massacre that among things, banned anyone under age 21 from buying or possessing a semi-automatic rifle.

WHAT OTHER STATES ARE LIKELY TO BE IMPACTED?

WHAT CAN STATES DO TO REGULATE GUNS AFTER THE DECISION?

Justice Brett Kavanaugh, joined by Chief Justice John Roberts, noted the limits of the decision. States can still require people to get a license to carry a gun, Kavanaugh wrote, and condition that license on “fingerprinting, a background check, a mental health records check, and training in firearms handling and in laws regarding the use of force, among other possible requirements.” Gun control groups said states could revisit and perhaps increase those requirements. States can also say those with a license to carry a gun must not do so openly but must conceal their weapon.

Justice Samuel Alito noted that the decision said “nothing about who may lawfully possess a firearm or the requirements that must be met to buy a gun.” States have long prohibited felons and the mentally ill from possessing weapons, for example. The decision also said nothing “about the kinds of weapons that people may possess,” Alito noted, so states might also try to limit the availability of specific weapons.

The justices also suggested that states can prohibit the carrying of guns altogether in certain “sensitive places.” The previous Supreme Court decision mentioned schools and government buildings as being places where guns could be off limits. Thomas said that the historical record shows legislative assemblies, polling places and courthouses could also be sensitive places. Thomas said courts can “use analogies to those historical regulations of ‘sensitive places’ to determine that modern regulations prohibiting the carry of firearms in new and analogous sensitive places are constitutionally permissible.”

The court made it harder to justify gun restrictions, although it’s hard to know what the new test the court announced will mean for any specific regulation.

Thomas wrote that the nation’s appeals courts have been applying an incorrect standard for assessing whether such laws are impermissible. Courts have generally taken a two-step approach, first looking at the constitutional text and history to see whether a regulation comes under the Second Amendment and then, if it does, looking at the government’s justification for the restriction.

“Despite the popularity of this two-step approach, it is one step too many,” Thomas wrote.

From now on, Thomas wrote, courts can uphold regulations only if the government can prove that they fall within traditionally accepted limits.

Among state and local restrictions already being challenged in federal court are bans on the sale of certain semi-automatic weapons, called assault rifles by opponents, and large-capacity ammunition magazines, as well as minimum age requirements to buy semi-automatic firearms.

WHAT OTHER BIG RULINGS ARE IN THE WORKS?

The Supreme Court heard arguments in the guns case back in November and a decision had been expected before the court began its summer recess. The court has nine more opinions to issue before it goes on break and plans to release more Friday. Still waiting is a major abortion decision.