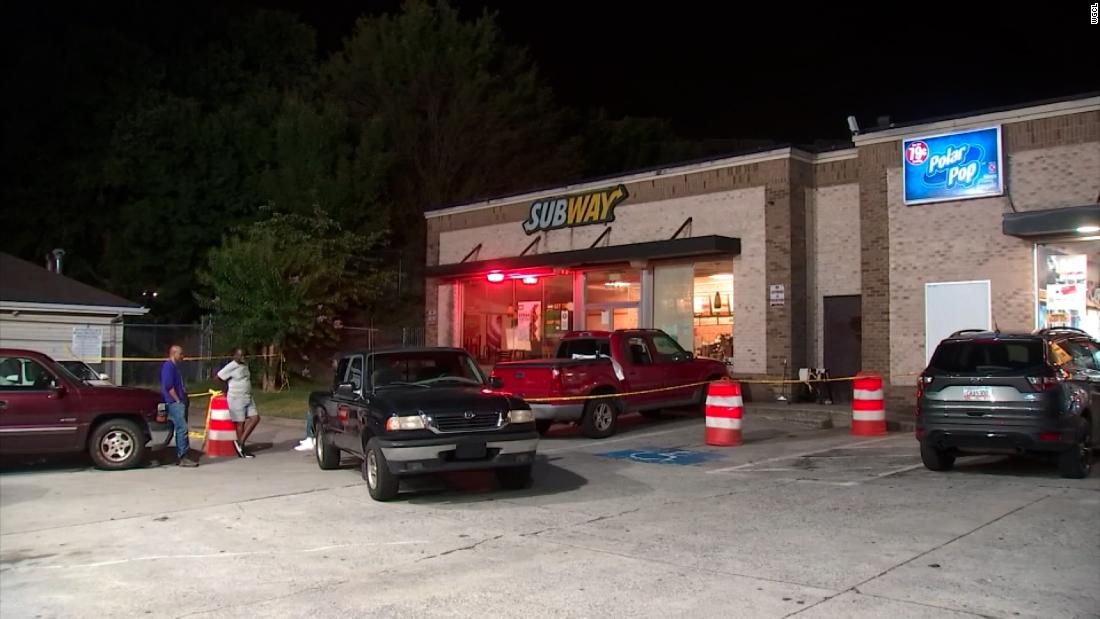 Police were called to the restaurant near Mercedes-Benz Stadium in downtown Atlanta shortly after 6:30 pm, a news release from the police department said.

Officers found two employees shot, and one woman was later pronounced dead at a hospital.

“This was a very tragic situation that did not have to occur,” Deputy Chief Charles Hampton Jr. said during the Monday news conference. “The suspect came inside the restaurant (to) order a sandwich and there was something wrong with the sandwich that made him so upset that he decided to take out his anger on two of the employees here.”

A 36-year-old male was arrested Sunday night, Hampton said. He declined to identify the suspect citing the ongoing investigation. Hampton said that the suspect used a handgun during the incident.

The medical examiner identified the victim as Brittany Macon, 26. An autopsy has not been completed, but the preliminary cause of death is gunshot wounds, Bertram Ennett, an investigator with the Fulton County medical examiner, told CNN.

A 24-year-old woman who was also shot is in critical condition, police said. Her 5-year-old son dela was also in the store at the time of the shooting.

Hampton said the dispute was over too much mayo on the sandwich but stressed the focus should be “on the gun violence,” not the mayo.
“It just breaks my heart, to know that someone has the audacity to point a weapon, and shoot someone for as little as too much mayonnaise on a sandwich,” Willie Glenn, the co-owner of that Subway, told CNN affiliate WSB- TV.

A spokesperson for Subway said, “Our deepest condolences go out to the families and friends of those attacked in what was a senseless act of violence. At this time, our main concern is for the franchisees’ team members and guests who were inside the restaurant .”

There have been 74 homicides in the city of Atlanta since the start of the year, according to the latest data release from the police department. That’s a 19% increase from the same period last year, the department said.