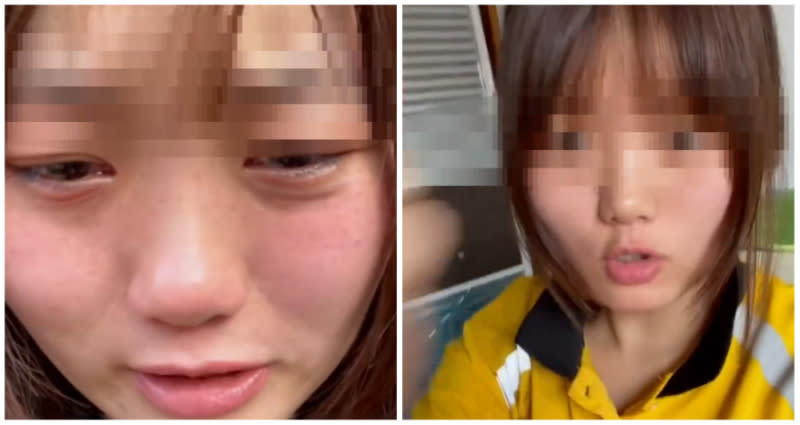 A student working as a part-time food delivery driver in China claims a dissatisfied customer verbally abused her for the order’s faulty packaging and splashed her with hot soup by throwing her noodle order on the ground.

The student, who resides in Weihai, Shandong province of eastern China, shared the video in which she appears visibly distressed and in tears to Weibo on July 24, the day of the incident.

According to the student, a female customer ordered a bowl of beef soup noodles for 17 yuan (approximately $2) using an online food delivery app. When the student arrived at the apartment complex, she asked the customer how to use the elevator to get to the fourth floor as a security card was required. The customer, however, purportedly told the student that food delivery drivers should not be allowed to use it.

“You don’t deserve to take the lift. Can’t you climb the stairs?” the student recounts the customer saying.

More from NextShark: Chained Chinese mother of 8 confirmed to be human trafficking victim

The student says she then took the stairs and dropped the food off to the customer. A short time later, she received a call from the customer demanding that she return, as there was an issue with her order. When the young woman returned, the customer allegedly complained that the food’s packaging was faulty and threw the bowl onto the floor, splashing the hot soup all over the student.

To calm the customer down, the student offered to pay for a new order and explained that the restaurant may have improperly packed the order. The angry customer then demanded that the student return within five minutes.

“I will give you five minutes to buy a new noodle dish, otherwise I will complain to your company,” the customer said.

The student agreed to the restaurant, where the owner stated that the food was packaged correctly and gave her a new order. Upon returning with the new order, the customer still allegedly verbally abused her.

“The customer was still very rude when I returned with a new order, telling me that I neither study hard, nor do a good job,” the woman said in the video.

She has since requested that the public refrain from seeking out or attacking the customer and stated that she has moved on from the incident. The student also added that she feels very confident and full of strength.

More from NextShark: China publishes — and then deletes — report it detected what may be an alien signal