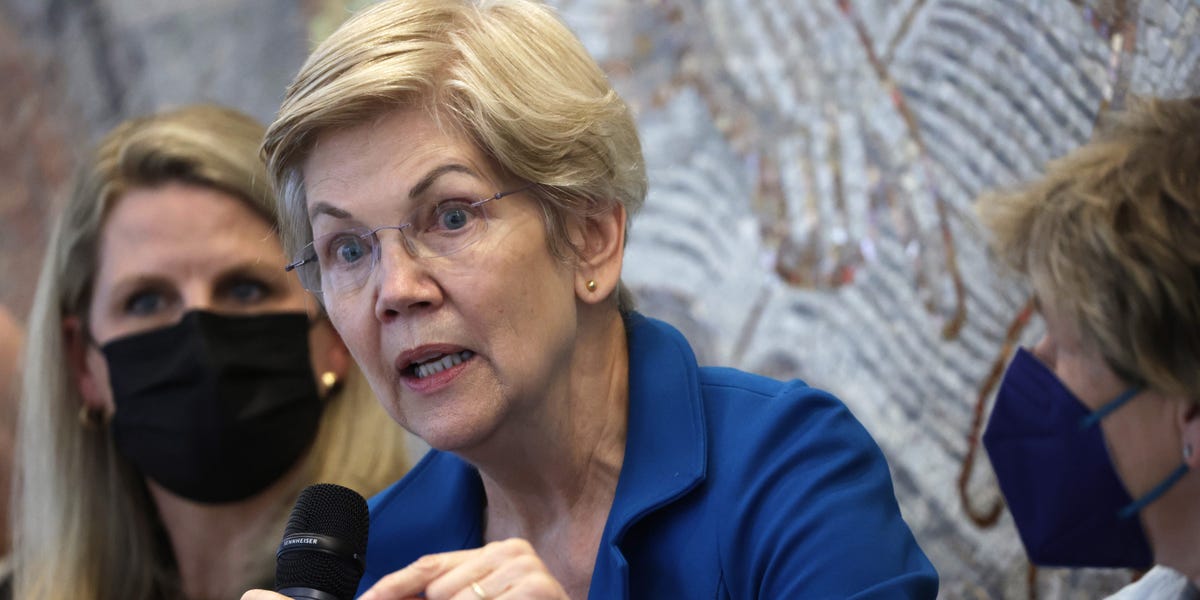 “Can we all just take a deep breath and acknowledge that $1.7 trillion in student loan debt did not just fall out of the sky?” Warren said during a Wednesday student debt roundtable at the offices of union federation group AFL-CIO. “It did not just happen as an act of gravity, it did not just happen because of age, it happened because of deliberate policy decisions to make investments in cutting taxes for the richest Americans and paying for it by shortchanging the education of our children. “

Warren was referring to general tax policy that Democratic lawmakers have criticized in the past for favoring corporations and the wealthiest Americans. She emphasized that, along with the union leaders present at the roundtable, effective policies are ones that help working people in the country.

Even before Warren became a lawmaker, she was looking into the student-loan industry as she helped establish the Consumer Financial Protection Bureau, and as a senator, she worked with the agency to uncover abuses by student-loan companies that pushed borrowers into taking on more debt than they could afford to pay off. She’s also been one of the leading lawmakers pushing President Joe Biden to forgive $50,000 in student debt per borrower — something she proposed during her presidential campaign, but has yet to come to fruition.

Currently, Biden is reportedly considering $10,000 in relief for borrowers making under $150,000 a year, and the final decision will likely be announced in July or August, closer to when the student-loan payment pause expires after August 31. Warren, and some of her Democratic colleagues, believe that $50,000 is the amount that will get the most relief to the most people while helping to close the racial wealth gap.

While Democrats are asking Biden to prioritize this issue and use his executive authority to reduce the burden of student debt, Republican lawmakers have slammed the idea, saying the president should not relieve debt for all federal borrowers. Top Republican on the House education committee Virginia Foxx recently said Biden “operates as if he can issue any decree he wants on student loan forgiveness, even if it means exercising authority that he does not have.”

Biden has not publicly confirmed an amount of relief, but he told reporters over the weekend he is nearing a final decision, and a further extension of the pause on payment is still on the table. Rep. Ayanna Pressley, who joined Warren at the Wednesday roundtable, hopes that the relief will be significant and alleviate the debt burden for as many Americans as possible.

“There’s no shame in struggle,” Pressley said. “The shame is that we’re not doing everything in our power to alleviate the burden of that struggle.”