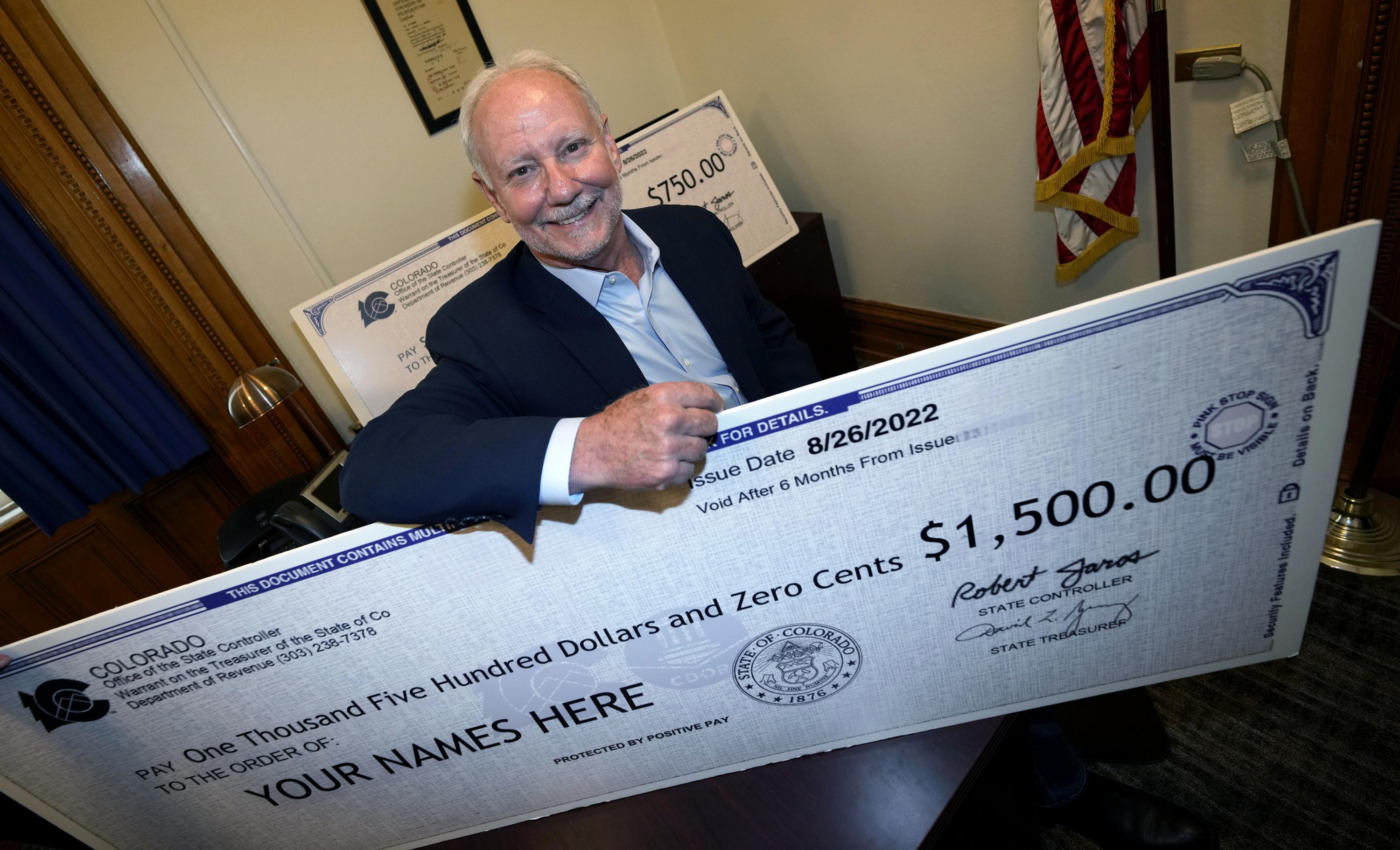 JEFFERSON CITY, Mo. (AP) — Stoked by the largest surplus in state history, Missouri’s Republican-led Legislature devised a $500 million plan to send one-time tax refunds to millions of households. In a shock to some, GOP Gov. Mike Parson vetoed it.

“Now is the time for the largest income tax cut in our state’s history,” Parson declared as he called lawmakers back for a September special session to consider the $700 million permanent tax reduction.

Upon its likely approval, Missouri will join at least 32 states that already have enacted some type of tax cut or rebate this year — an astounding outpouring of billions of tax dollars back to the people. Idaho lawmakers are convening Thursday to consider more tax breaks, and Montana lawmakers are also weighing a special session for tax relief.

Republicans and Democrats alike have joined the tax-cutting trend during a midterm election year.

Yet divisions have emerged about how far to go. While Democrats generally have favored targeted tax breaks and one-time rebates, some Republicans have pressed for permanent income tax rate reductions that could lower tax bills — and state revenue — for years to come. Parson describes it as “real, lasting relief.”

Some budget analysts warn that permanent tax cuts could strain states during a future recession. The US economy has shrunk for two straight quarters this year, meeting one informal sign of a recession.

For some states, the current surpluses are unlike anything they’ve previously seen.

The 2022 fiscal year, which ended June 30 for most states, marked the second straight year of large growth in tax collections after economic shutdowns triggered declines early in the coronavirus pandemic. Many states reported their largest-ever surpluses, according to the National Association of State Budget Officers.

“I don’t think there’s been a time in history where states are better equipped to ride out a potential recession,” said Timothy Vermeer, senior state tax policy analyst at the Tax Foundation, a Washington, DC-based think tank. “A majority, if not all, of the rainy day funds are in a really healthy position.”

Income tax rate cuts have passed in 13 states this year, already equaling last year’s historic total, according to the Tax Foundation. Republicans control the legislatures in all of those states except New York, where Democrats who wield power accelerated the timetable for a previously approved tax rate reduction.

Republican-led Arkansas was the most recent to take action during an August special session. The new law will speed up a gradual income tax rate reduction enacted last year and provide a one-time inflationary tax credit. Republican Gov. Asa Hutchinson described the $500 million package as “a transfer of wealth from the government to the taxpayer” that “could not have come at a more important time.”

Nationwide, inflation is at a 40-year-high, raising prices on most good and services and squeezing incomes.

At least 15 states have approved one-time rebates from their surpluses, including 10 led by Democratic governors and legislatures, four by Republicans and one — Virginia — with split partisan control.

Though often popular, tax rebates do little to fight and “may actually be counterproductive” by enabling additional consumer inflation spending on items in scarce supply and thus contributing to higher prices, said Hernan Moscoso Boedo, an economist at the University of Cincinnati.

Georgia Gov. Brian Kemp, a Republican facing the re-election challenge from Democrat Stacey Abrams, has been among the most aggressive tax-cutters. He signed legislation gradually reducing the income tax rate from 5.75% to 4.99%. He also signed a measure providing a $1.1 billion tax rebate, with up to $250 for individuals and $500 for couples. He has proposed an additional $2 billion in income and property tax rebates. And after a law temporarily suspending the state’s gas tax expired in May, Kemp extended the gas tax break through mid-September.

In Colorado, legislative staff estimate it will cost $2.7 million to carry out legislation expediting an income tax refund of $750 for individuals and $1,500 for couples. The constitutionally mandated refund of surplus revenue was originally due to be paid next year but is being distributed now — along with a letter from Democratic Gov. Jared Polis touting it as inflation relief.

Polis, who is up for re-election in November, had been a previous critic of the automatic refund provision. His Republican challenger, Heidi Ganahl, is accusing him of “hypocrisy.”

Idaho Gov. Brad Little, a Republican, has called the Legislature back for a special session starting Thursday to consider more tax breaks.

He’s proposing to use part of the state’s projected $2 billion surplus budget for a $500 million income tax rebate this year. It also wants to cut more than $150 million annually by creating a flat 5.8% income tax rate starting next year. That comes after the state reduced the top tax rate each of the last two years.

“Folks, this is conservative governing in action,” Little said while asserting the tax cuts still would leave enough money to boost education funding by hundreds of millions of dollars.

Montana lawmakers are weighing whether to agree a special session later in September to provide tax breaks from a budget surplus. The proposal calls for giving $1,000 rebates to homeowners who paid property taxes during the past two years. It would also provide income tax rebates of $1,250 for individuals and $2,500 for couples.

Montana’s Republican House and Senate majority leaders said in a joint statement that the rebates would offer help “as soon as possible with expenses such as gas, groceries, school supplies and so much more.” But some lawmakers, including term-limited GOP Rep. Frank Garner, have expressed reluctance.

“My first concern is if this proposal is driven by an imminent emergency or by those wanting to write checks to voters because their emergency is merely an imminent election,” Garner wrote in an opinion column.