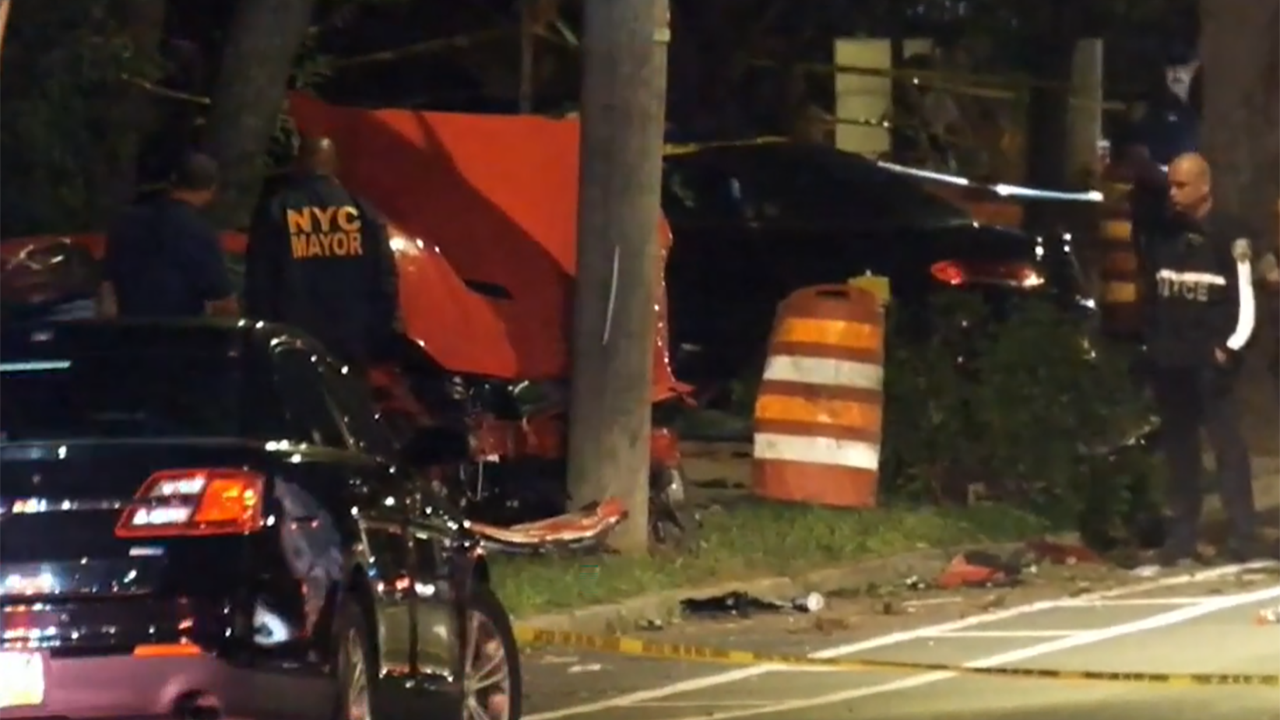 All of the deceased victims were teenagers, officials said. They were riding in a red Ford Mustang which collided with a GMC Yukon, New York Daily News reported.

Police responded to the crash that happened on Victory Boulevard in the Tottenville neighborhood around 8:50 pm, per the report.

The impact of the collision was enough to break the Mustang into two pieces, photos and videos at the scene showed.

The victims included two girls, 16 and 15, and a boy, 15, police said. The passengers of the SUV are in stable condition, WABC reported.

NYC BODEGA WORKER FREED AFTER BAIL IN MURDER CASE IS LOWERED, BUT NO CHARGES FOR VICTIM’S GIRLFRIEND

Photos of the wreck appear to show as many as five vehicles may have been involved in the crash.

Photos also appear to show the front half of the barely-recognizable Mustang resting off the side of the road, missing its front bumper, with blown airbags, and its windows shattered across the street.

Several emergency response vehicles, including a fire truck and an ambulance, were also seen in the area as bystanders watched nearby.

Two teens died in the wreckage. The third teen survived the initial wreck and was transported in critical condition to Staten Island University Hospital North, where she later died, the New York Post reported.

At least five others were transported to local hospitals, officials said.

Another injured individual remained at the scene and refused treatment, officials added.

The cause of the crash is still being investigated.