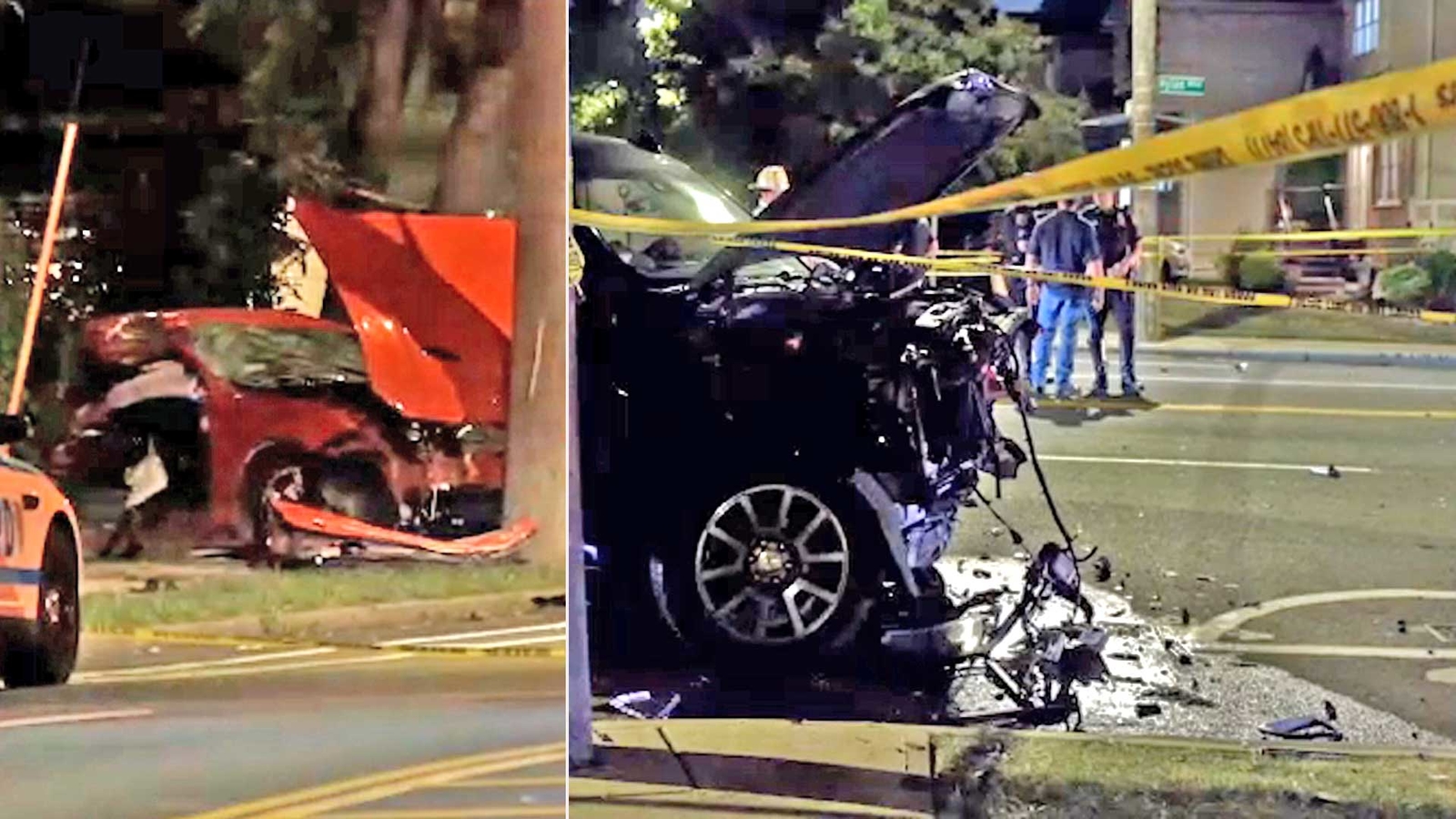 TOTTENVILLE, Staten Island (WABC) — Three teens in a red Ford Mustang were killed when their car collided with a turning SUV on Hylan Boulevard in Tottenville, Staten Island.

The 16-year-old Mustang driver was the only occupant of the vehicle to survive the crash.

The Mustang was westbound on Hylan Boulevard when it collided with an eastbound black GMC Yukon making a left turn onto Richard Avenue.

The force of the collision split the Mustang in half.

The driver of the Mustang was hospitalized in critical but stable condition.

As many as four people were in the SUV. All are expected to survive .

The NYPD Highway Patrol is investigating the crash. There is little doubt that speeding was a factor.

New York state law actually prohibits teen drivers from riding with more than one person under the age of 21.