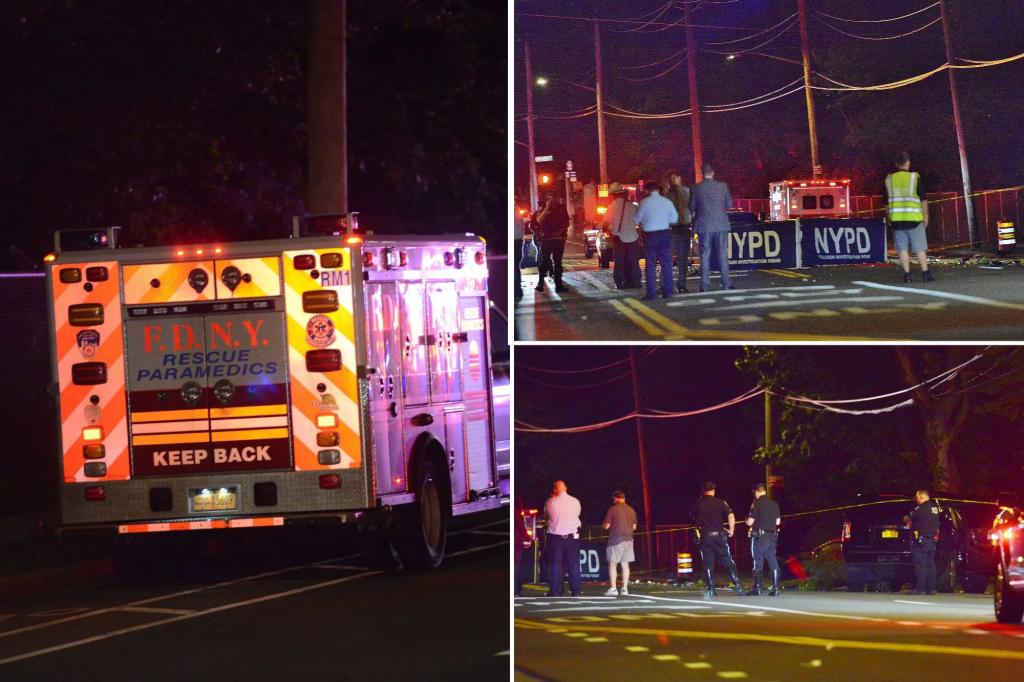 Three teenage passengers inside a Ford Mustang were killed in a horrific crash that caused the vehicle to split in half on Staten Island Sunday night, police said.

The young victims, two girls, 15 and 16, and a 15-year-old boy, were in the muscle car traveling westbound on Hylan Boulevard when they collided with an SUV going eastbound that was attempting to turn left onto Richard Avenue at about 8 :45 pm, according to the NYPD.

The 16-year-old girl and the boy were pronounced dead on scene.

The driver of the red Mustang, a 16-year-old boy, was hospitalized in critical condition.

The sole occupant of the black SUV was the driver, who did not sustain life-threatening injuries, sources and police said.

It wasn’t immediately clear what caused the fatal wreck, which was being investigated by the NYPD’s Collision Investigation Squad.

Photos from the scene show the remnants of the mangled Mustang, which ended up in two pieces.