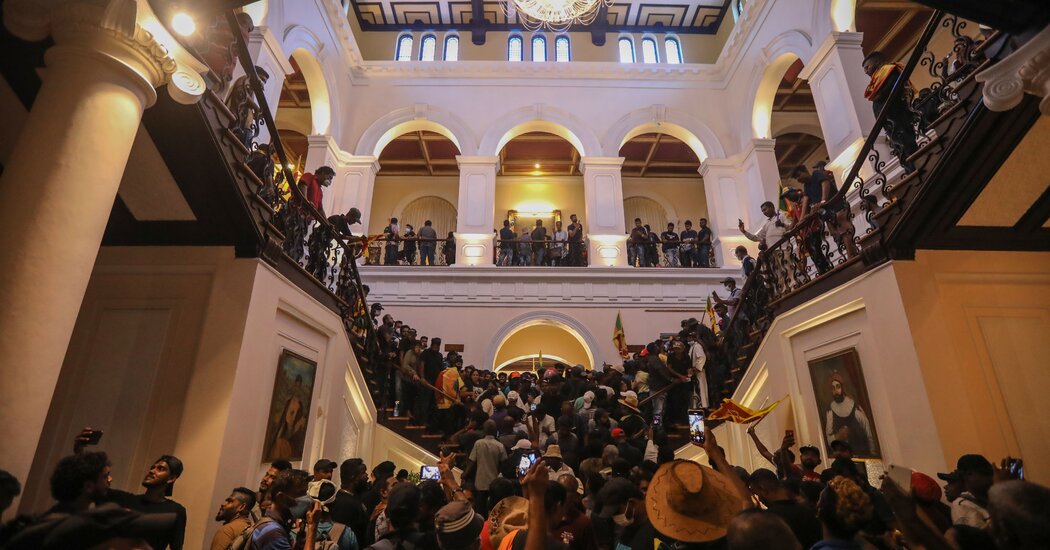 Gotabaya Rajapaksa, the president of Sri Lanka, won a landslide election in 2019, promising to restore safety to the nation after an Islamic State-inspired terrorist attack that killed more than 250 people.

To Sri Lankan voters, the pledge was credible. He had been defense secretary under his elder brother, former President Mahinda Rajapaksa, and the brothers were lauded for ending a 27-year civil war by crushing the Tamil Tigers’ insurgency in 2009.

But the brothers were also widely feared and accused of gross human rights abuses in bringing the war to a close, and then of hounding dissenters, journalists and human rights campaigners.

Before losing his re-election bid in 2015, the elder Mr. Rajapaksa’s last few years in government with his younger brother were marked by frequent abductions of opponents, who were often bundled away into white vans, never to be seen again, according to human rights observers.

Soon after Gotabaya Rajapaksa was elected president in 2019, the lead detective for the Criminal Investigations Department, or CID, who had been spearheading investigations into the Rajapaksas, fled to Switzerland. Prominent journalists, diplomats and other security officials also hit to leave the country.

Mr. Rajapaksa pushed through a constitutional amendment to give himself the ability to head ministries, sack ministers and preside over formerly independent commissions that oversee elections, police, human rights and anti-corruption efforts.

He also created a presidential commission — ostensibly to rout out political prosecution — that has been used to discredit years of police work, delay trials and overturn rare court convictions that had inspired hope in a country where justice for wartime atrocities and politically motivated crimes have been elusive.

As protests demanding that the family dynasty leave government ramped up, Mr. Rajapaksa emptied his cabinet of family members. But he steadfastly refused to step down. As long as one Rajapaksa remained in power, many critics believed, the family as a whole would continue to quietly rule behind the scenes.

“They can do anything,” Hirunika Eranjali Premachandra, a political opponent, said of the family. Mr. Rajapaksa granted a presidential pardon to the man convicted of killing her father, a lawmaker. “They are the law.”

Wasantha Karannagoda, a former navy commander who had been indicted in a case involving the abduction of 11 boys during Mahinda Rajapaksa’s presidency, saw the charges against him withdrawn last year. Shortly thereafter, Mr. Rajapaksa appointed Mr. Karannagoda as governor of Sri Lanka’s northwestern province.

“As long as these brothers are there, these cases won’t be anyway going forward,” said Saroja Naganathan, the mother of one of the disappeared boys.

Mr. Rajapaksa may have clung to power, at least in part, because he loses immunity from prosecution in Sri Lanka upon leaving office.

He could also become vulnerable in the United States, where he lived for many years, relinquishing his citizenship there to run for president in Sri Lanka. In California, Mr. Rajapaksa faces civil cartoons related to wartime atrocities.