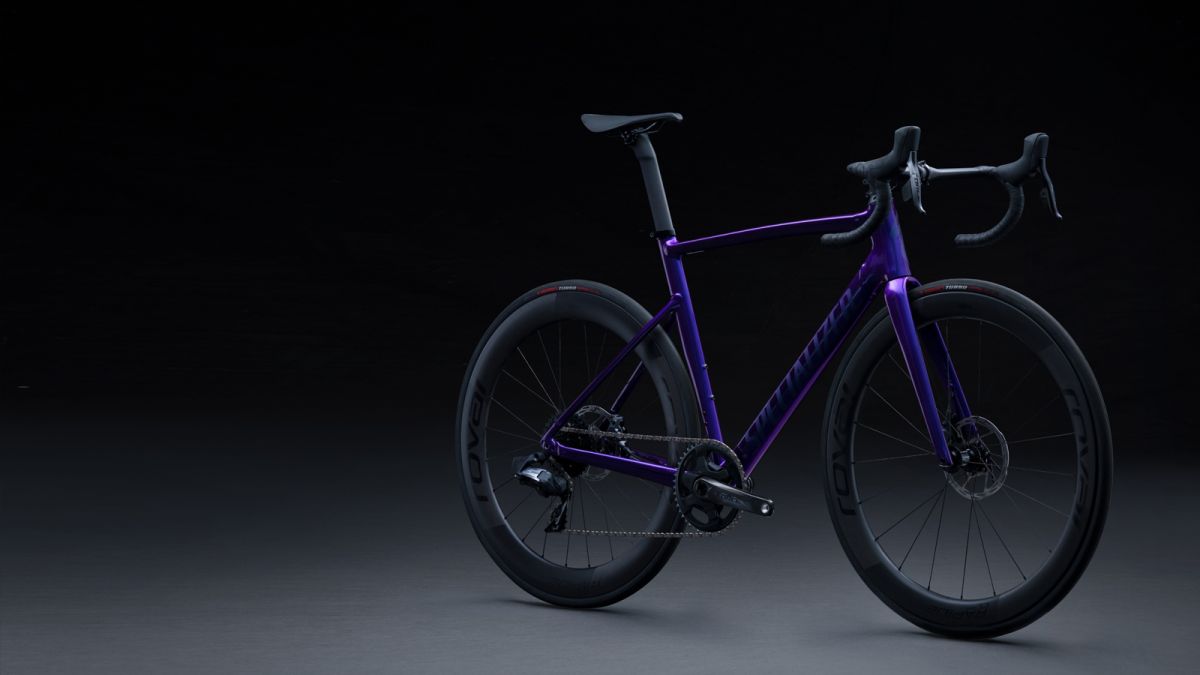 After days of social media teasers, Specialized has just lifted the covers off the new Allez Sprint, a bike that it is calling the “world’s first alloy super bike”.

Since its original launch in 2015, the Allez Sprint has been a cult favorite among racers thanks to its lower-than-carbon pricepoint, high levels of stiffness and aggressive geometry. It made it into our guide to the best aluminum road bikes for those very reasons, and it appears that the target audience for the new version is very similar. The blueprint of the updated Allez Sprint is largely unchanged, but Specialized has made a number of tweaks.

The result, Specialized claims, is a bike that is 41 seconds faster over 40km than the Allez Sprint Disc that it replaces, while also being more suited to everyday riders.

It’s clear from Specialized’s marketing that the Allez Sprint is designed to emulate the brand’s flagship race bike, the Tarmac SL7, and the aesthetics of the bike give the very same impression. It uses the same seatpost and fork as the Tarmac SL7, and perhaps most significantly, the geometry has also been altered to match that of its stablemate. The former Allez Sprint featured a geometry that was lower at the front, making it nimble, agile and direct, but also less comfortable, so it was highly tailored to short, fast rides such as criterium races. So much so that Specialized even launched it as the ‘ultimate crit-racing bike’. The move to relax it to the tried and tested geometry found on the Tarmac, Venge and Aethos will undoubtedly open it up to a wider audience of riders.

Further opening the bike to a wider audience is the fact that the new Allez Sprint can accept tires up to 32mm in width. This isn’t uncommon for road bikes these days, even ones focussed on racing, but the ability to swap to 32mm rubber will be a welcome inclusion for the bike’s newfound audience who aren’t chasing apexes and bumping elbows.

Up front, the cockpit features integrated cabling that sees the cables enter the frame via ports in the headset cover. The bike is compatible with hydraulic disc brakes only, and can be used with either mechanical or electronic groupsets. The front derailleur hanger can be removed for those that want to run a 1x groupset, too.

The brand claims that for a 56cm Allez Sprint LTD – the top-level factory spec model available (though not in the UK) – the weight is 7.9kg.

Made using Specialized’s proprietary E5 D’Aluisio Smartweld aluminum, the Allez Sprint uses aluminum a little differently to most. Rather than the more common practice of welding round alloy tubes at each end, D’Aluisio Smartweld – named after its creator Chris D’Aluisio – uses hydroforming to create more complex aerodynamic shapes and move the weld away from the junctions between tubes.

According to the brand, the bike’s head tube is cut from a single piece of aluminum, before being mechanically formed into an aero shape with a consistent tube wall thickness. From the headtube itself, junctions protrude rearward which then slide over the down tube and top tube. The welding is then placed at the end of these junctions, further away from the head tube itself, in order to minimize the strain on what is a high-stress area of ​​the bike.

The bottom bracket is given a similarly considered approach. However, rather than welding a separate bottom bracket to the down tube like most bikes – and the former Allez Sprint – the new model hydroforms both pieces as one from a single piece of aluminum. The result, Specialized says, is an increase in power transfer and structural integrity of the area.

From launch, there will be two complete bikes available, the Allez Sprint Comp and Allez Sprint Ltd, as well as a frameset-only option.

Note: Not available in the UK or Australia