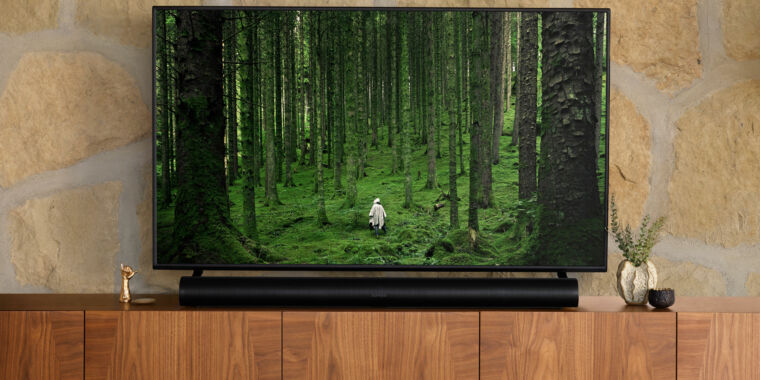 Sonos has ambitions not just to be the platform of choice for home audio but for home theater, too, according to several new job postings discovered and reported by Protocol. The job listings suggest several new areas of expansion for Sonos, and they paint a picture of a much broader home theater strategy than the sound bar-driven one the company focuses on now.

The partnership role was shared by Sonos Chief Innovation Officer Nick Millington on LinkedIn with the note that he is “working on a new home theater project.” According to the listings, one of the roles would work on an “OS & Media Platform roadmap” for home theater, and another would work across “mobile, television, tablet, and HW remote” on a “next-generation content delivery experience. ” The partnership role refers to “Next Generation Sonos Home Theater OS.”

Sonos already makes sound bars, a subwoofer, and speakers that can be used as surround sound speakers. The devices have proven popular for home theater setups. But currently, Sonos does not make a hardware remote—its home theater devices are controlled either with a smartphone app or via the remote used with the user’s connected television.

And the company does not currently produce anything that could be described as a “Home Theater OS,” which means these job listings suggest a big shift is coming in Sonos’ home theater strategy.

It might not get as much press as the age-old battle between Windows and macOS or the contemporary smartphone software rivalry between Android and iOS, but a fierce competition has emerged between various tech companies to control the operating systems that run smart TVs around the world . Amazon, Google, LG, and Roku all license software to TV manufacturers that allow access to streaming apps and other features, including ad platforms. And other companies, like Apple or Samsung, at least make their own proprietary software to run on their hardware.

Bringing its software to TVs could be Sonos’ new play here, but there are other possibilities, too. Perhaps Sonos is developing a sound bar that includes an operating system for launching streaming apps, The la Apple tvOS, Roku OS, or Amazon Fire TV. It’s also possible that Sonos’ new strategy has not yet been fully defined.