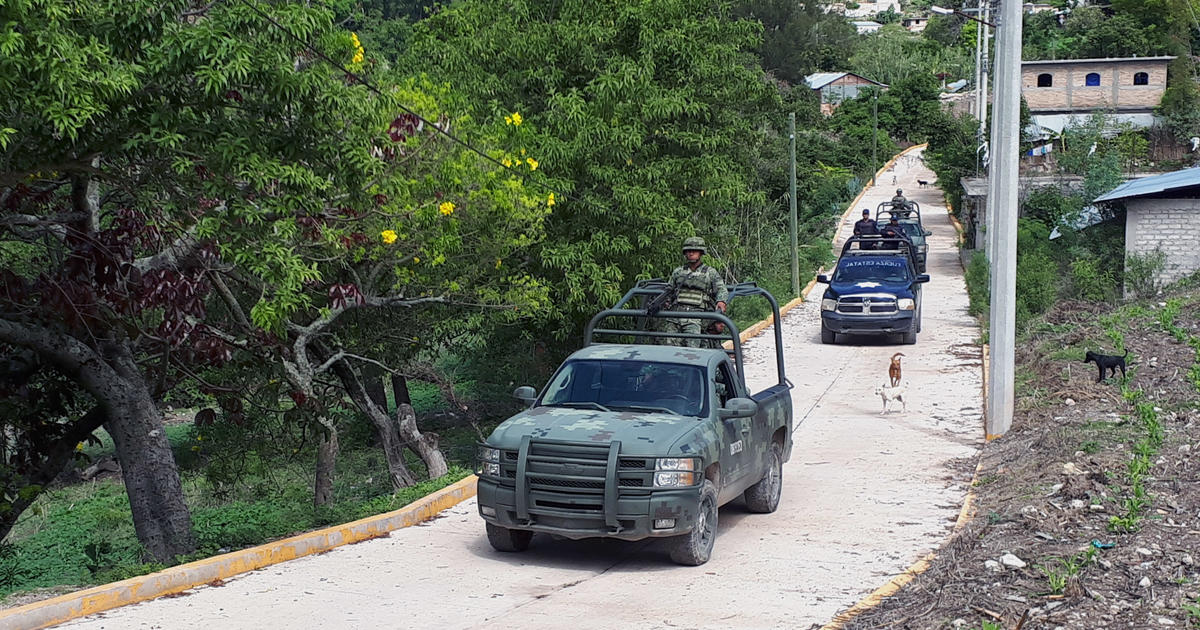 The mutilated bodies of six people were found on Thursday in a vehicle in southern Mexico, authorities said — the latest gruesome discovery in a country riven by gang-related violence. Reuters, citing a statement from the attorney general’s office of Guerrero, reported that the severed heads of six men were discovered on top of a Volkswagen abandoned on a busy boulevard in the town of Chilapa de Alvarez.

According to local authorities, a warning sign strung from two trees was also found in the gruesome scene, Reuters reported.

“In Chilapa selling crystal, kidnapping, extortion and stealing are strictly prohibited. This will happen to anyone who messes around,” the sign reads, according to a photo of the crime scene provided by the police to Reuters. “Capital punishment is the sentence for all these crimes.”

Authorities said the corpses would be buried on Friday.

Discoveries of mutilated bodies dumped in public or hung from bridges have increased in Mexico in recent years as criminal gangs seek to intimidate their rivals.

In June 2021, two heads and other human remains were left at polling stations in the border city of Tijuana on election day.

The violence in Guerrero has also included the discovery of hidden graves holding dozens of bodies and a camp where gunmen stored the severed heads of nine rivals in a cooler.

Across the country, more than 340,000 people have been killed in a wave of bloodshed since the government deployed the army to fight drug cartels in 2006.

On Sunday night, 20 people were killed at venue used to host cockfights in the town of Las Tinajas, Michoacan state in Mexico. An american mother was among the victims.

Meanwhile, President Andres Lopez Obrador accused the popular violent television shows of glamorizing the drug trade. Lopez Obrador on Thursday hit out at TV series on platforms such as Netflix, saying they presented a rose-colored version of the lifestyles of drug traffickers.

But they ignore “the destruction in particular of young people. And we are talking about thousands of deaths. In the United States, it’s a serious problem,” he added, referring to victims of drug overdoses.

Lopez Obrador took office in 2018 championing a “hugs not bullets” strategy to tackle violent crime at its roots by fighting poverty and inequality with social programs, rather than with the army.

He has asked the US to invest in regional economic development instead of sending helicopter gunships and other weapons to take on drug traffickers.