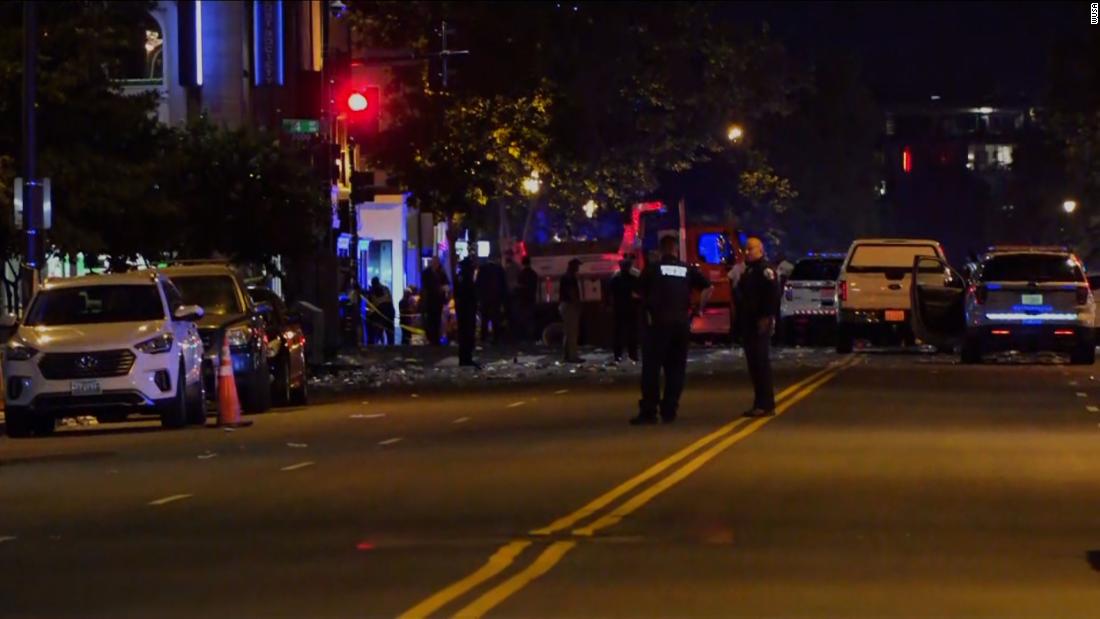 The shooting was preceded by two earlier incidents that caused panic and trampling at the concert, which had several hundred people gathering to hear music played from a truck on a street sidewalk, DC Police Chief Robert Conte told reporters at a news conference.

Officers responded and were able to contain the area, ultimately shutting down the concert after a “secondary incident,” said Contee, who did not provide details of the incident but said “people started to scatter at that point.”

Several people sustained injuries to their legs and ankles as the crowd dispersed, and police, fire and medical first responders were on scene, the police chief said. Emergency personnel recovered an illegal firearm from one individual as they tended to the injured, he said.

Gunfire subsequently broke out near 14th and U Streets Northwest, close to the concert site, where the teen was killed and others were wounded.

Several firearms were discovered on the scene, including a handgun on one of the two adults who was shot and transported to a local hospital, Contee said. The officer and the two civilians were hospitalized and are in a stable condition, he said.

The weapon used to shoot the officer has not yet been found and no police discharged their firearms, he said.

Mayor Muriel Bows stressed the importance of safety and securing permits for events in the city.

“We have a child who was killed today at an event that did not have any proper planning for the number of people who were here and with guns involved,” Bowser told the press conference. “The chief and I will continue to make sure we have the resources we need on these corridors and all of our corridors but we need some accountability here.”

Officials will “look at what legal action should be taken as a result of an unpermitted event in our city,” Contee said.

“Unfortunately things like this can happen when you have the wrong mix of people, or people who introduce firearms into a situation,” he said. “When you have large gatherings in a dense area, all it takes is one person introducing a gun to the situation that makes it deadly. In this case, unfortunately, a 15-year-old lost his life.”

The Bureau of Alcohol, Tobacco, Firearms and Explosives (ATF) is assisting local police with the investigation, according to the agency’s Washington Field Division.