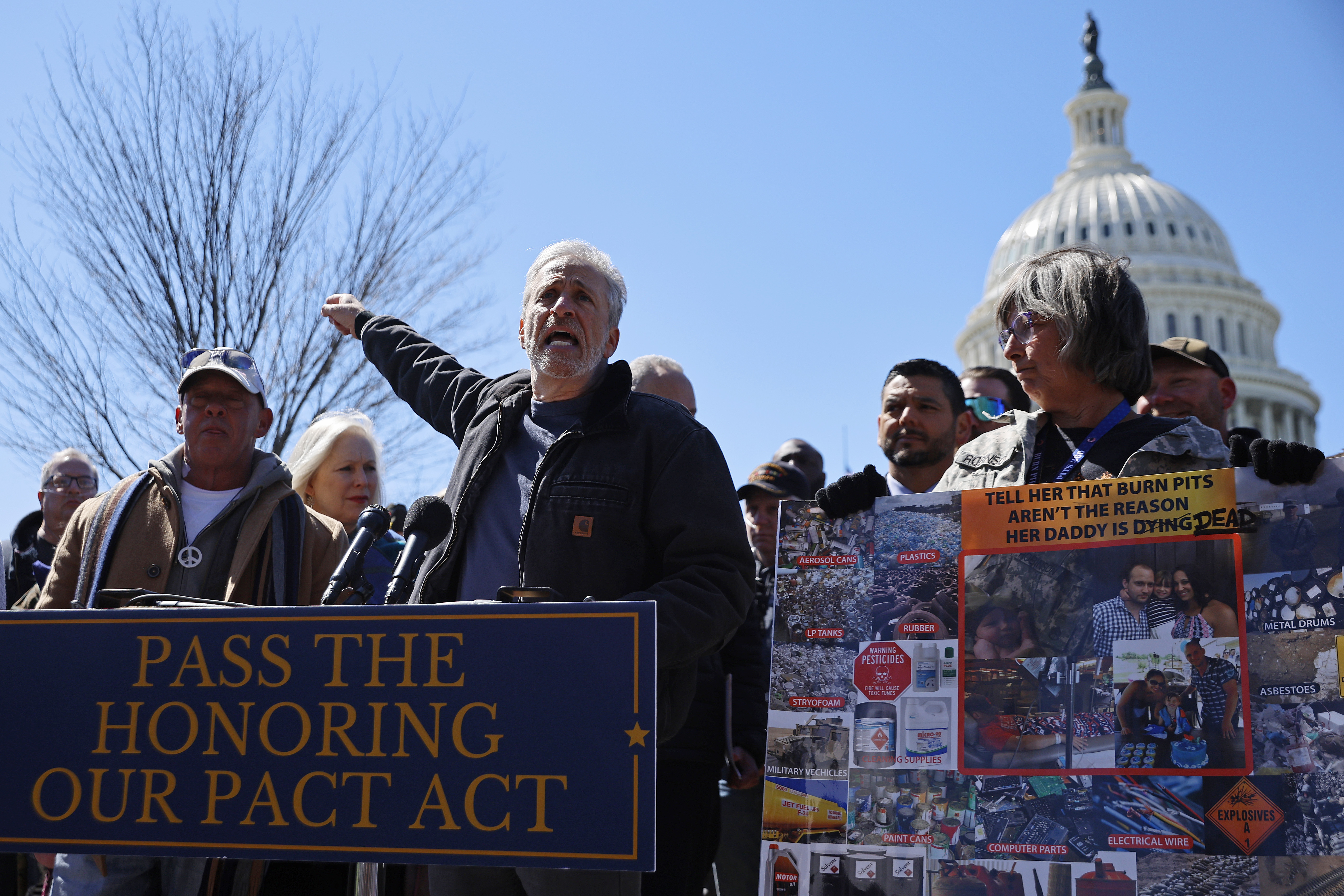 Minority Leader Mitch McConnell declined to answer a question Monday about why the legislation was held up.

“It will pass this week,” he said.

Other Republicans in Senate leadership struck a similar tone. Sen. John Barrasso (R-Wyo.) told POLITICO he would “expect it to pass” and Sen. John Thune (RS.D.), McConnell’s No. 2, echoed that at “some point this is going to pass and it will pass big.”

Republicans say they blocked the bill because of concerns spearheaded by Sen. Pat Toomey (R-Pa. over what the retiring senator called a “budgetary gimmick” — language that he argued veteran could allow certain funds to be used for unrelated health care programs. That language was in the bill when it initially passed the Senate in an 84-14 vote, before a technical snag forced the chamber to vote on it again.

Schumer is expected to force another vote on the veterans bill this week, vowing Monday that he would bring it up “in the coming days.”

“We’re going to give Senate Republicans another chance to do the right thing,” he said.

The New York Democrat will likely give Republicans an off-ramp by granting Toomey to vote on his proposed amendment, which the Pennsylvania Republican and many of his colleagues say he’s been requesting for months.

“The ball is in the court of the leader and I’ve not heard what he’s decided to do… we have not been told that we have an amendment vote scheduled. Hopefully, that will be forthcoming,” Toomey said Monday.

The amendment explanation has done little to curb Democratic charges that the GOP turned a non-controversial plan to help veterans exposed to Agent Orange and toxic burn pits into a political football. Democrats have questioned the turnabout sharply given that 25 Republicans voted to block the bill over the budgetary issue only on its second trip to the floor, not its first.

“I’m doing everything I can do,” said Sen. Jon Tester (D-Mont.). “I don’t know [if] people really understand what they were voting on, to be honest with you. There’s no slush fund in this.”

Importantly, even if Toomey gets a vote, his amendment isn’t expected to have enough support to ultimately get included — leaving Republicans with the same veterans bill most of them voted to block last week. And some are still saying they’re not willing to kill the legislation over the amendment push.

“If I get a chance to vote for an amendment I might vote for the amendment, but I want to make sure the bill doesn’t get killed,” said Sen. Chuck Grassley (R-Iowa), who added he generally agreed with Toomey’s concern. Sen. Rob Portman (R-Ohio) similarly said he broadly supported the amendment.

Still, Toomey has tried to rally his colleagues behind holding up the veterans bill in private conference meetings; Republicans argue that Democrats promised an amendment to vote on his concerns back in June, only to renege.

Those disputes largely flew under the radar until last week, when the bill crashed on the floor. Veterans advocates groups had flown into Washington expecting to celebrate final passage — instead, it became a press conference to rail against the GOP senators who held it up.

“As someone who has worked on this bill for years, I’m just disappointed that some of my Republican colleagues, whether out of personal pique or some misguided political motive … wanted to flip-flop. But as long as it comes to the right result, that’s what’s important for the country and for veterans,” said Sen. Richard Blumenthal (D-Conn.).

The criticism hasn’t let up this week.

Comedian Jon Stewart — rallying alongside veterans who’ve been camped outside the Senate for days — on Monday slammed Republicans for slowing the bill’s passage.

“I’m not scared of you and I don’t care, because these are the people I owe a debt of gratitude to,” Stewart said. “Don’t leave here tonight until you do the right thing by these folks. Simple as that: Don’t make this harder than it is.”

Katherine Tully-McManus contributed to this report.