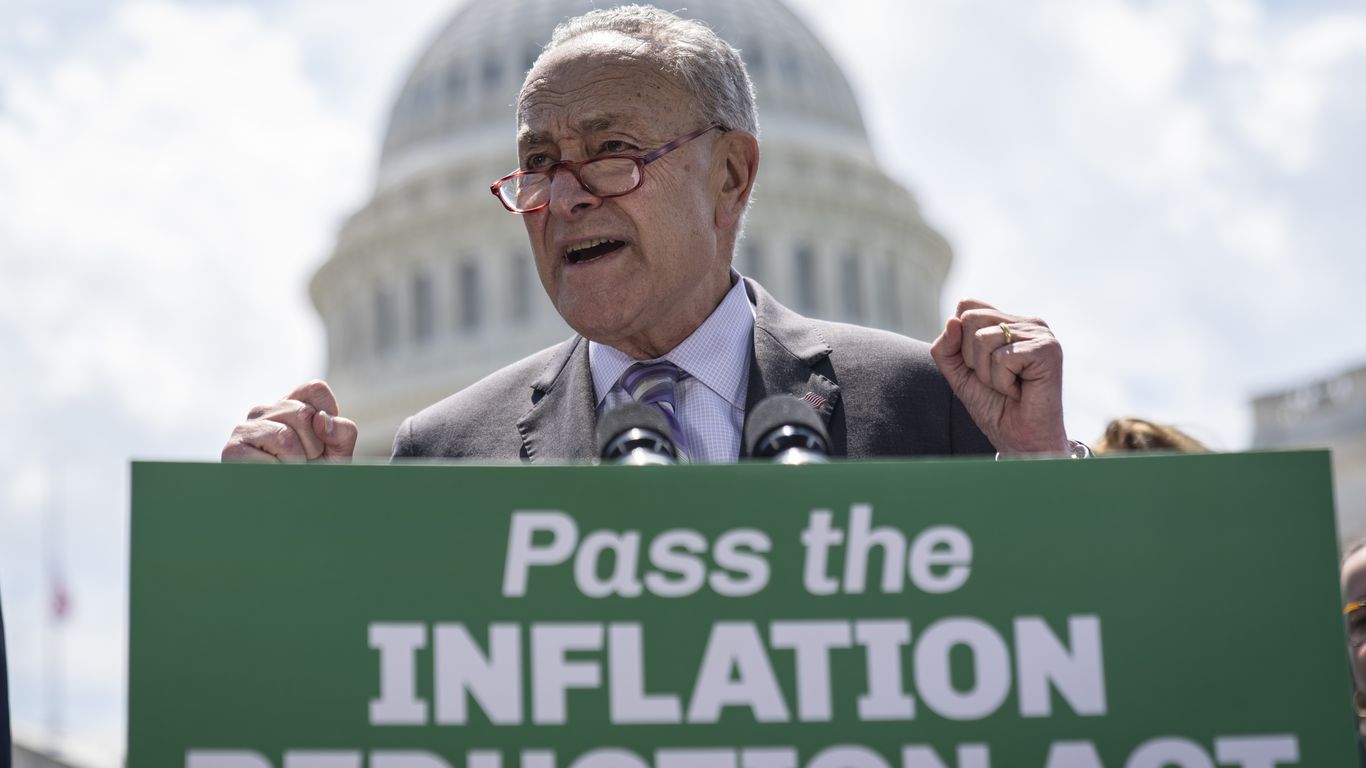 Why it matters: The 51-50 passage of the bill, just three months before the midterm elections, is a massive victory for Democrats who have spent 18 months working toward delivering on their longstanding dreams of helping address climate change, lower the cost of prescription drugs and hike taxes on large corporations.

Details: The Senate returned to the Capitol on Saturday afternoon, and began voting late Saturday night and into Sunday on a series of amendments — part of the process known as “vote-a-rama.”

one major setback, however, it was a ruling by the Parliamentary Senate that determined Democrats’ proposal to place a $35 cap on commercial insulin violated the “Byrd Rule,” which governs the provisions for what can be accepted in budget reconciliation legislation.

What they’re saying: “Today, after more than a year of hard work, the Senate is making history. I am confident the Inflation Reduction Act will harden as one of the defining legislative features of the 21st century,” Senate Majority Leader Chuck Schumer (DN.Y.) said.