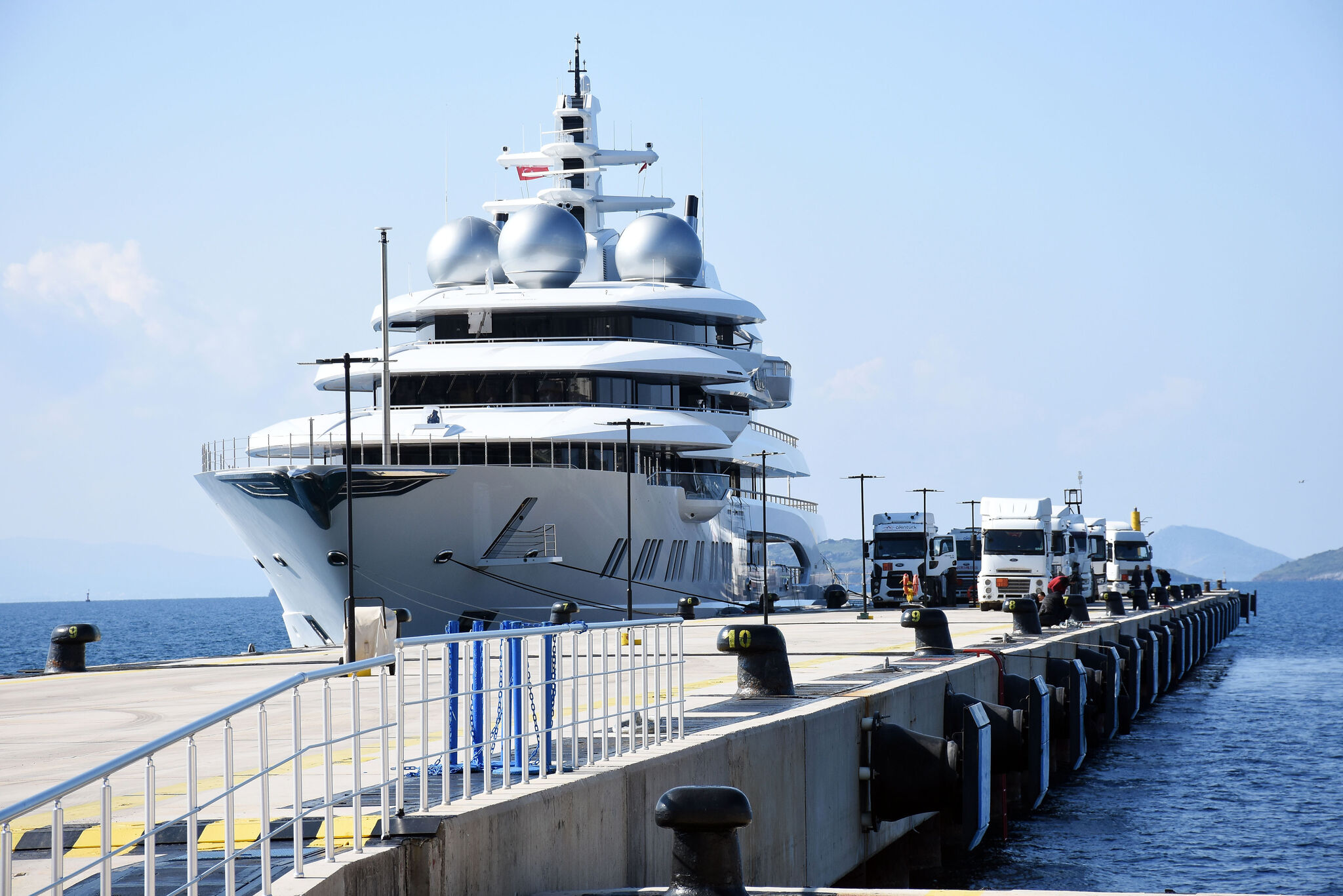 A $325 million superyacht is sailing its way to Hawaii today after being seized by US authorities from a Russian oligarch.

The 348-foot Amadea was confiscated in Fiji last week from Russian billionaire Suleiman Kerimov as part of sanctions implemented by the US in response to Russia’s invasion of Ukraine. The vessel now has a US crew and is flying the stars and stripes, reports Bloomberg. Kerimov is a major stakeholder in Russian gas giant Gazprom, with close ties to Vladimir Putin and an estimated net worth of $11 billion.

Satellite mapping by Spire Global, a company that tracks maritime and aviation vessels, reveals that the Amadea was moored in the Caribbean a day before Russia invaded Ukraine. Since then, ela it moved through the Panama Canal, stopped in Mexico and then made its way across the Pacific to Fiji where it was seized. The yacht was held there as the owner attempted to fight the seizure in court. The yacht’s registered owner, Millemarin Investments, claims that the vessel is in fact owned by Eduard Khudainatov, another tycoon not on the sanctions list.

That legal attempt was unsuccessful and the stay in Fiji was lifted by the country’s Supreme Court on June 7, after which the vessel was manned with a US crew and set sail for Hawaii.

The Amadea was built by Lurssen Yachts in Germany in 2017. At 348 feet long, it is the 63rd biggest superyacht on the seas, and can accommodate 16 guests and 36 crew members. It reportedly has a cinema and a party deck with a 20,000-watt speaker system alongside lights and lasers.

Since the start of the war in February, at least 20 yachts worth over $2.25 billion have been seized from Russian owners.

Ownership of the world’s superyachts is often shrouded in secrecy as the luxury vessels are often registered through a series of offshore holding companies. Since the severe sanctions levied by western countries on Russia in February, the hunt for yachts has gone global.

Some have headed to more friendly waters where seizure is impossible, such as the Maldives, reports the BBC. Attempts to seize one of the most expensive superyachts, owned by former Chelsea Football Club Solar owner Roman Abramovich, resulted in a protest on the water in Turkey, where it was eventually denied to berth.

US sanctions were expanded further on June 2 to punish a growing list of prominent Russian government officials and business leaders with close ties to President Vladimir Putin.

“Russia’s elites, up to and including President Putin, rely on complex support networks to hide, move, and maintain their wealth and luxury assets,” said Under Secretary of the Treasury for Terrorism and Financial Intelligence Brian Nelson in a statement. “Today’s action demonstrates that Treasury can and will go after those responsible for shielding and maintaining these ill-gotten interests. We will continue to enforce our sanctions and expose the corrupt systems by which President Putin and his elites enrich themselves.”

The current location of the Amadea can be tracked here.