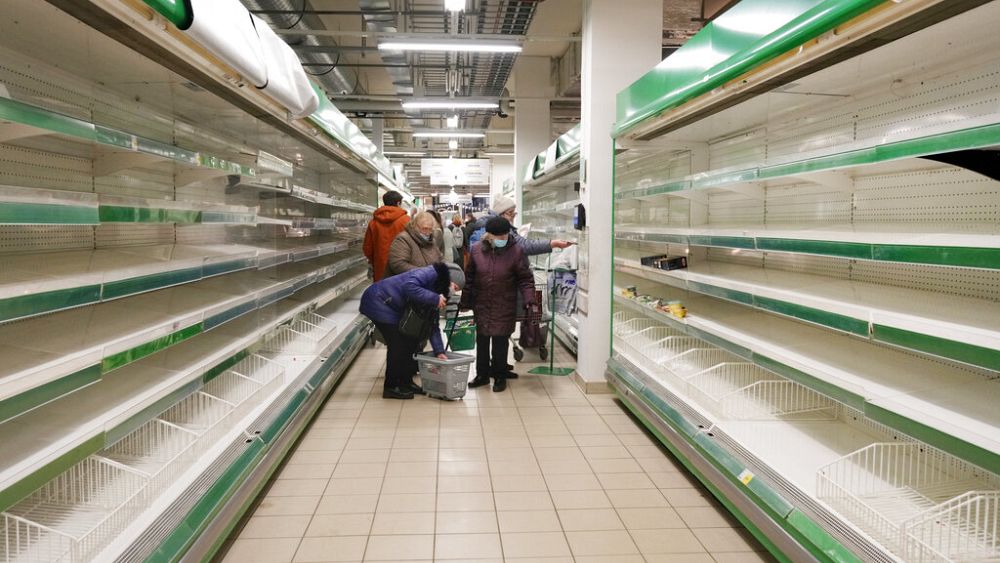 Russia’s economy has been “catastrophically crippled” by western sanctions and the mass exodus of international companies, according to a Yale University study.

The research — which the authors say is the “first comprehensive” analysis of the Russian economy — found that since the start of the Ukraine war, Russia has taken a devastating hit across multiple metrics.

“Russia has lost companies representing ~40% of its GDP, reversing nearly all of three decades worth of foreign investment,” write researchers at the Yale School of Management, adding that this situation has been worsened by an “unprecedented” capital and population flight .

More than 1,000 companies have shortened their operations in Russia or exited the country entirely since the start of the Ukraine war, across almost every industry from fashion to finance.

Yale’s research, which was published on 20 July, says the international sanctions have “irrevocably deteriorated” Russia’s exports and that imports into the country have “largely collapsed.”

This has led to “widespread supply shortages” inside Russia and caused domestic production, which relies on imports across all industries, to grind to a halt.

“Despite Putin’s delusions of self-sufficiency and import substitution, Russian domestic production has come to a complete standstill with no capacity to replace lost businesses, products and talent; the hollowing out of Russia’s domestic innovation and production base has led to soaring prices and consumer angst,” writes the Yale team.

Russia’s status as a leading commodity exporter has also been dealt a blow, according to researchers.

“Russia’s strategic positioning as a commodities exporter has irrevocably deteriorated, as it now deals from a position of weakness with the loss of its erstwhile main markets, and faces steep challenges executing a ‘pivot to Asia’ with non-fungible exports such as piped gas ,” they write.

Energy revenue represents 60% of total Russian government revenue, meaning commodity exports are far more important to Russia than the rest of the world.

The five authors of the study note that their findings challenge growing claims that sanctions are hurting the West more than Moscow.

They write: “As the Russian invasion of Ukraine enters into its fifth month, a common narrative has emerged that the unity of the world in standing up to Russia has somehow returned into a “war of economic attrition which is taking its toll on the west ”, given the supposed “resilience” and even “prosperity” of the Russian economy.”

“This is simply untrue.”

After the West slapped sanctions on Russia following its invasion of Ukraine in February, energy and food prices have spiked across the world.

Some experts and politicians in the West have raised concerns about this fallout and suggested that sanctions are not affecting Russia enough to warrant the damage they are causing those who apply them.

One reason for this, claims the Yale School of Management, is that the Kremlin has “cherry-picked” its economic releases, “tossing out unfavourable metrics while releasing only those that are more favourable.”

Russia’s President Vladimir Putin has claimed that the barrage of western sanctions imposed against Russia over its invasion of neighboring Ukraine has failed.

“The strategy of the economic blitz has failed” and instead led to a “deterioration of the economy in the West,” he said in April.

In the 118-page study, authors Jeffrey Sonnenfeld, Steven Tian Franek Sokolowski, Michal Wyrebkowski, Mateusz Kasprowicz argue that the West must remain united in its strategy toward Russia and maintain the pressure of sanctions.

“There is no path out of economic oblivion for Russia as long as the allied countries remain unified in maintaining and increasing sanctions pressure against Russia,” they write.

Across the EU, there has been increasingly vocal criticism of the sanctions, with Hungary’s prime minister Viktor Orban calling for a new strategy.

“We are sitting in a car that has a puncture in all four tyres: it is absolutely clear that the war cannot be won in this way,” the ultra-nationalist said in July, as his country faces historically high inflation and a plummeting of its currency.

The study also said that Russian domestic financial markets, which reflect both present economic conditions and the future outlook for the country, are the worst performing markets in the entire world this year.

“By any metric and on any level, the Russian economy is reeling, and now is not the time to step on the brakes,” the authors added.