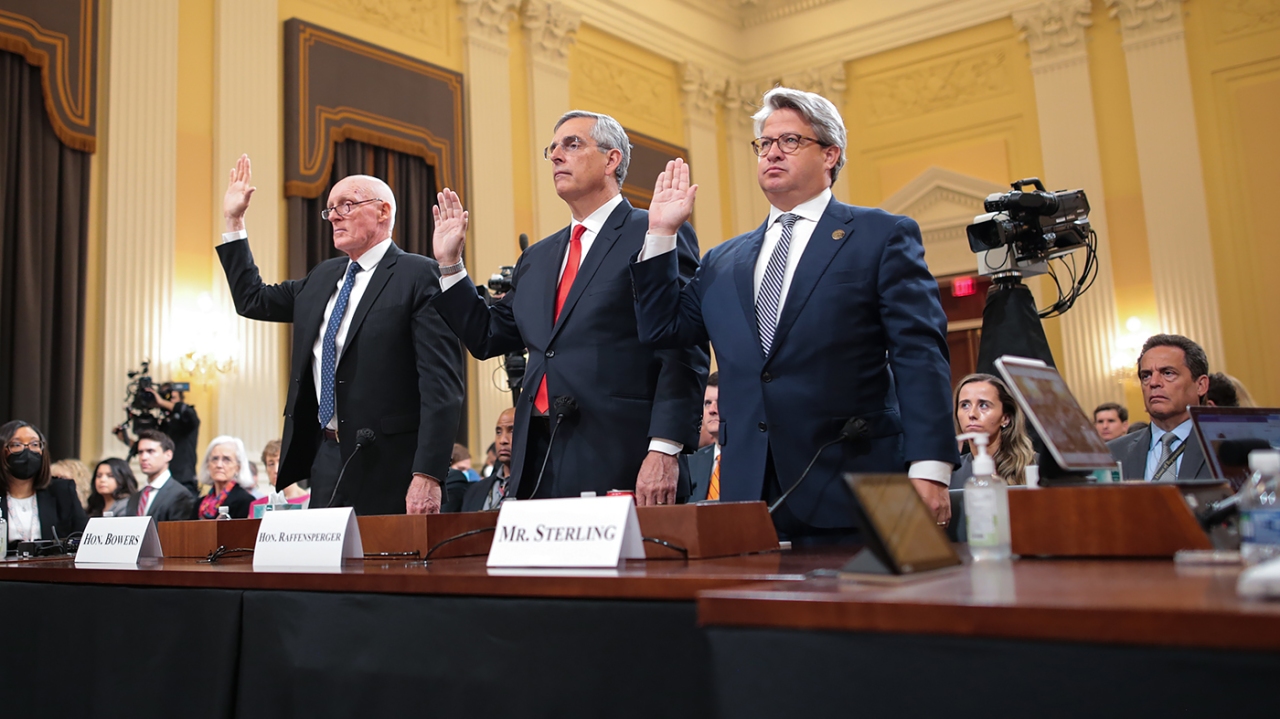 Arizona House Speaker Rusty Bowers (R) on Tuesday said he repeatedly pressed Rudy Giuliani for proof of his claims of election fraud after the 2020 election, but added that Giuliani failed to produce any.

“My recollection, he said, ‘We’ve got lots of theories, we just don’t have the evidence,’” Bowers told the House select committee investigating the Jan. 6, 2021, Capitol attack at Tuesday’s hearing.

“And I don’t know if that was a gaffe or he didn’t think through what he said, but both myself and others in my group … both remember that specifically, and then maybe we kind of laughed about it,” Bowers added .

Bowers recalled a meeting with Giuliani and Jenna Ellis, who were representing the then-President Trump after the 2020 election as they sought to challenge and overturn the election results in certain states the former president lost.

Bowers said he asked the two for proof of their claims that dead people had voted in large numbers, then asked for names and how the individuals in question voted. But the two did not produce the evidence they had promised, Bowers said.

Mick Mulvaney, who served as Trump’s acting chief of staff for roughly a year, took a swipe at Giuliani over Bowers’s testimony.

“That, ladies and gentlemen, was the head of the President’s legal team,” Mulvaney tweeted.