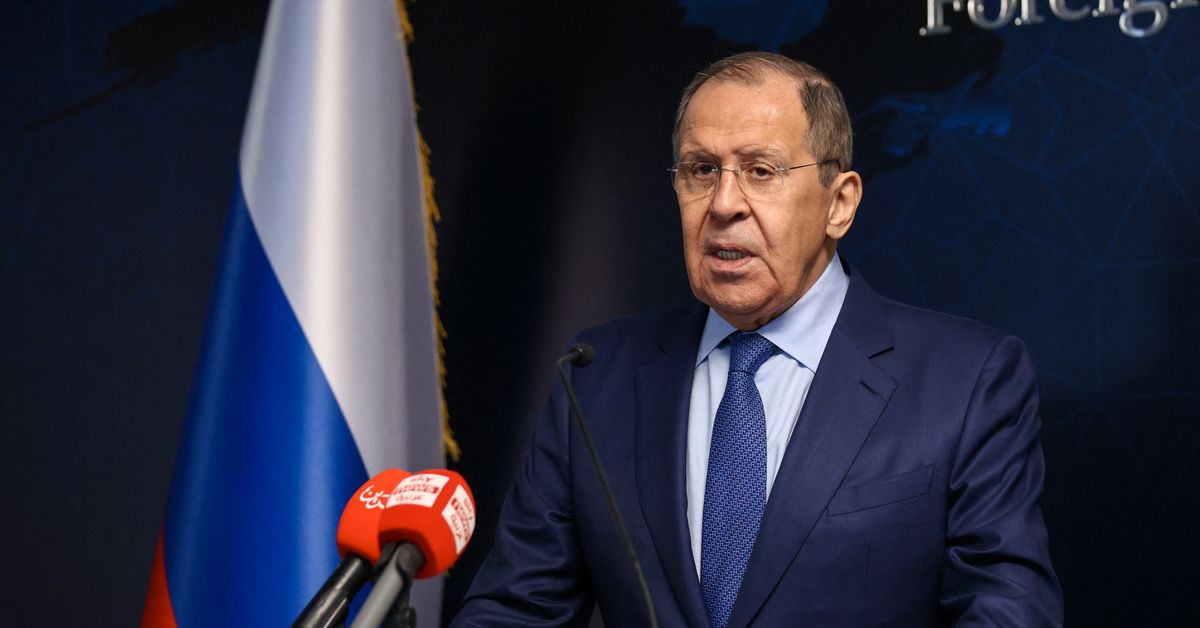 June 6 (Reuters) – Russian Foreign Minister Sergei Lavrov on Monday described as “unprecedented” a move by three eastern European countries to block his plane from traveling to Serbia, adding that he had yet to receive an explanation for their decision.

He said that he would instead invite his Serbian counterpart to visit him in Moscow, adding: “The main thing is no one will be able to destroy our relations with Serbia”.

Bulgaria, North Macedonia and Montenegro – closed their airspace to an official plane that would have carried Moscow’s top diplomat to Belgrade on Monday. read more

The Kremlin described that as a hostile action.

Lavrov told reporters: “If a visit by the Russian foreign minister to Serbia is seen in the West as something approaching a threat on a universal scale, then things in the West are clearly pretty bad.”

Serbia’s Interior Minister Aleksandar Vulin said he deeply regretted “the obstruction” of the visit of Lavrov, whom he described as “a great and proven friend of Serbia.”

“A world in which diplomats seek peace is a world in which there is no peace. Those who prevented the arrival of Sergei Lavrov do not want peace, they dream of defeating Russia,” Vulin said in a statement.

“Serbia is proud that it is not part of the anti-Russian hysteria, and the countries that are, will have time to be ashamed.”