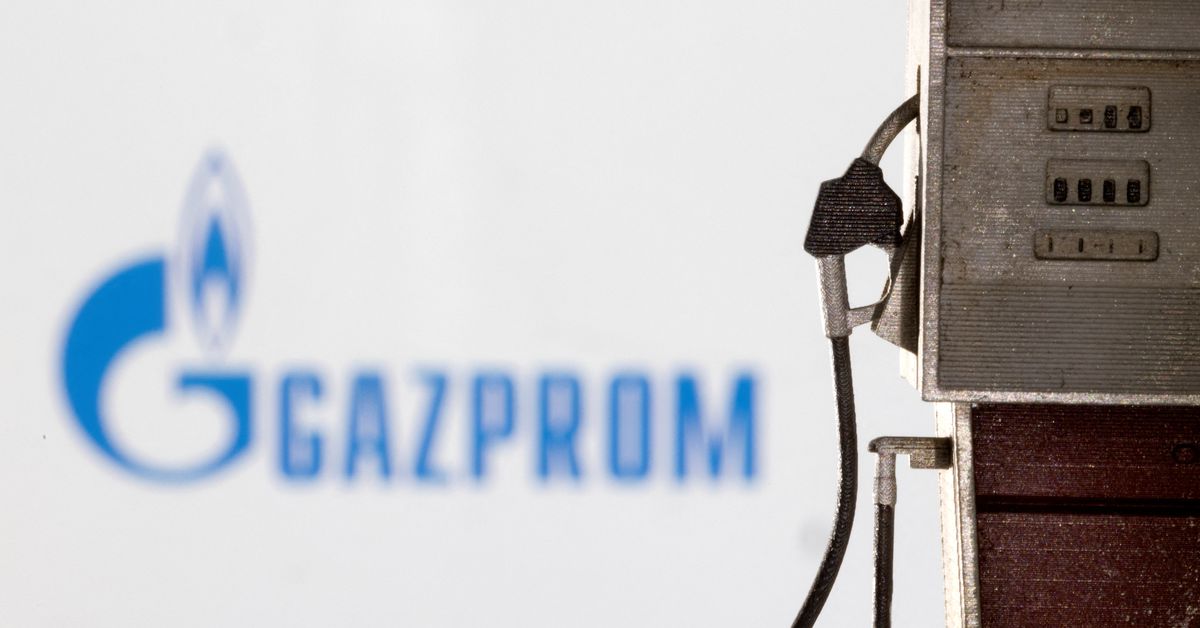 Model of petrol pump is seen in front of Gazprom logo in this illustration taken March 25, 2022. REUTERS/Dado Ruvic/Illustration

LONDON, April 1 (Reuters) – Russia’s Gazprom (GAZP.MM) said on Friday it was quitting its business in Germany at a moment of crisis in the vital energy ties between the two countries in the wake of Russia’s invasion of Ukraine.

The gas giant gave no details or explanation of its decision to terminate its participation in Gazprom Germania GMBH and all of its assets, which include subsidiaries in Britain, Switzerland and the Czech Republic.

Gazprom has been in the sights of European Union regulators for months over allegations, which it denied, that it was holding back gas that could have been released to lower soaring prices. Sources said this week that its offices in Germany had been raided by EU antitrust authorities. read more

“I think this means Gazprom is drawing a curtain on being an active participant in the European gas market. Essentially it is going home because it no longer feels welcome,” said Katja Yafimava, senior research fellow at the Oxford Institute for Energy Studies.

“I think Gazprom understands it is going to face a hostile political and regulatory environment in Europe and therefore wants to consolidate and conduct all of its business in one place – St Petersburg, most likely with the political support of the Russian government.”

Yafimava said she did not expect any impact on Russian gas deliveries under long-term contracts. A market source in Germany with knowledge of the Russian gas business agreed with that assessment.

He said the main impact would be on gas storage as Astora, a subsidiary of Gazprom Germania, has facilities totaling 6 billion cubic meters of capacity in Germany and Austria.

It was unclear whether the German government would want to step in and mandate someone to run these, in order to achieve desired filling levels, and whether that could trigger legal opposition by Gazprom, the source said. Astora did not immediately reply to a request for comment.

The move further complicates energy ties between Russia and Germany, a day after Russian President Vladimir Putin signed a decree to impose rouble pricing for gas on buyers from what Moscow considers unfriendly countries.

Berlin rejects the change, as existing contracts are set in euros, and its economy minister said on Thursday it would not be “blackmailed by Putin”.

Germany depends on Russian gas for about 40% of its needs but has joined Western sanctions against Moscow over Ukraine, including by halting the Nord Stream 2 Baltic gas pipeline designed to double the flow of Russian gas direct to Germany.

German business daily Handelsblatt reported on Thursday that the German economy ministry was considering expropriating the Gazprom and Rosneft (ROSN.MM) units in the country amid concerns about the security of energy supplies. read more

The Kremlin said on Friday that any such move would be a violation of international law.