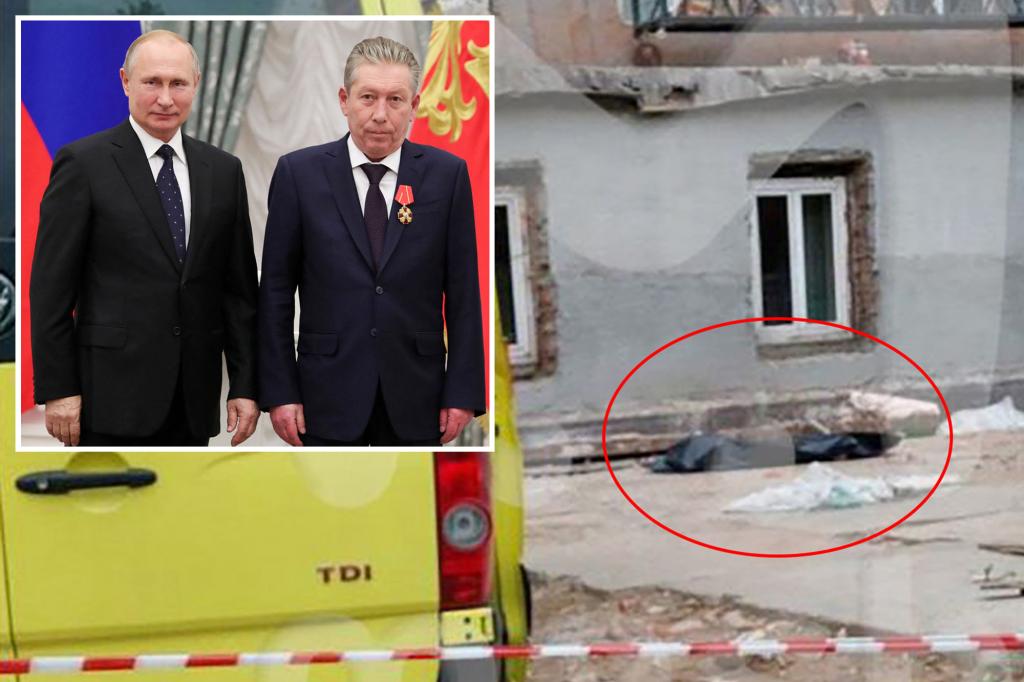 The death Thursday was reported as a suicide by the Russian state media, which noted the oil company’s board chairman had been hospitalized for a heart attack and was taking anti-depressants.

In a statement, Lukoil said Maganov died following a “long illness,” according to the English-language Moscow Times.

But two people who knew the businessman well told Reuters it was highly unlikely Maganov took his own life.

The oil titan is one of several Russian energy execs to die suddenly and under murky circumstances since the war in Ukraine began.

Another top Lukoil manager, Alexander Subbotin, was found dead in the basement of a house outside Moscow in May — the same month Vladislav Avayev, a former executive at Gazprombank, was discovered fatally shot beside his wife and daughter.

A month prior, Sergei Protosenya — a former honcho at liquefied natural gas producer Novatek — was found dead beside his wife and daughter in Spain. Russian authorities claim he beat the pair to death with an ax before hanging himself. Spanish media reported in suicide note and no bloodstains on his body.

Alexander Tyulakov, a Gazprom exec, was found dead in his garage the day after Russia invaded Ukraine in February.

Lukoil, where Maganov had worked since 1993 — rising with the company as it grew out of the collapse of the Soviet Union — was unusual among the Russian oligarch class for consistently criticizing the war in Ukraine.

In a March 3 statement, the Lukoil board called the invasion of Ukraine “tragic” and called for negotiations to bring about the “soonest possible end to armed conflict.”