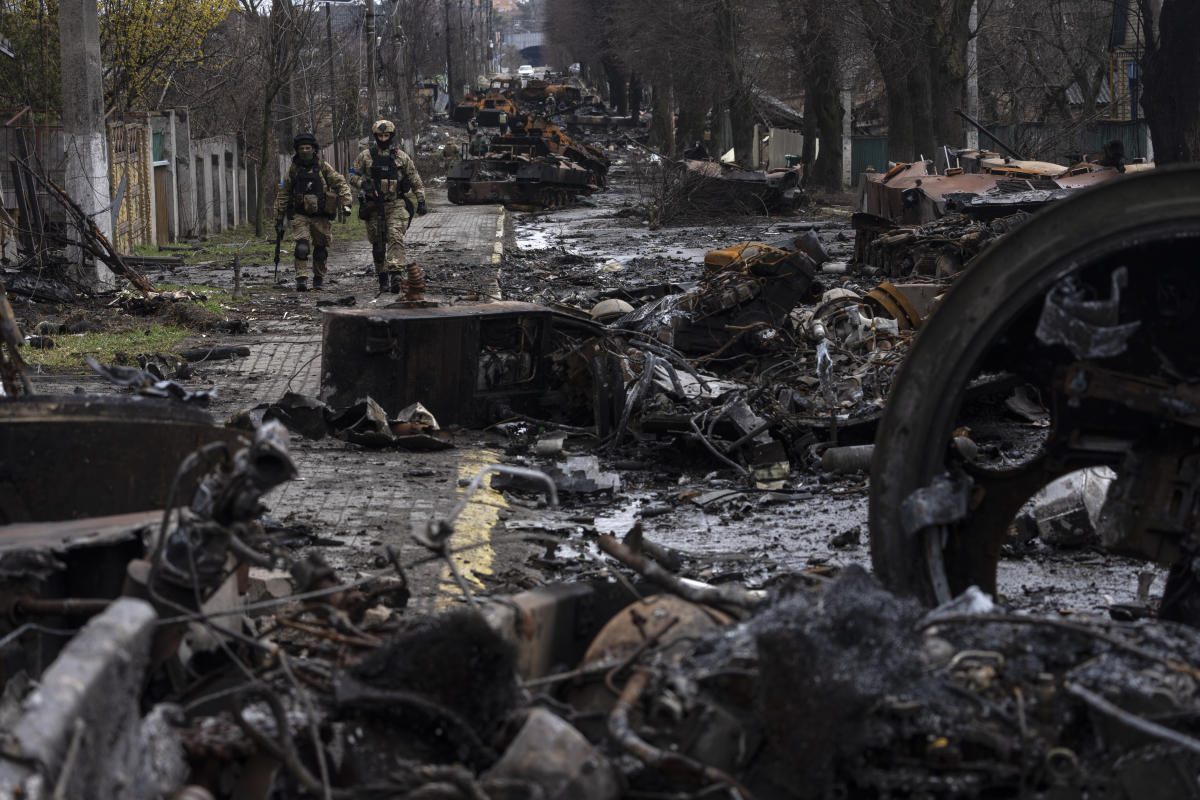 WASHINGTON (AP) — The United States has determined that Russia is suffering “severe manpower shortages” in its six-month-old war with Ukraine and has become more desperate in its efforts to find new troops to send to the front lines, according to a new American intelligence finding revealed Wednesday.

Russia is looking to address the shortage of troops in part by compelling wounded soldiers earlier in the war to return to combat, recruiting personnel from private security companies and even recruiting from prisons, according to a US official who spoke to the AP on the condition of anonymity to discuss the downgraded intelligence finding.

The official added that the intelligence community has determined that one step that Russia’s Defense Ministry is expected to take soon is recruiting convicted criminals to enlist “in exchange for pardons and financial compensation.”

The US government highlighted its finding as Russian President Vladimir Putin last week ordered the Russian military to increase the number of troops by 137,000 to a total of 1.15 million.

Putin’s decree, which takes effect on Jan. 1, it didn’t specify whether the military would beef up its ranks by drafting a bigger number of conscripts, increasing the number of volunteer soldiers or using a combination of both. But some Russian military analysts predicted it would rely heavily on volunteers, a cautious stand concerns reflecting the Kremlin’s about possible fallout from an attempt to increase the draft.

Colin Kahl, the US Defense Department undersecretary for policy, told reporters earlier in August that the US estimates Russia took heavy casualties in the first months of the war.

“There’s a lot of fog in war, but I think it’s safe to suggest that the Russians have probably taken 70 or 80,000 casualties in less than six months,” Kahl said. “Now, that is a combination of killed in action and wounded in action and that number might be a little lower, a little higher, but I think that’s kind of in the ballpark.”

The US has frequently downgraded and unveiled intelligence findings over the course of the grinding war to highlight plans for Russian misinformation operations or to throw attention on Moscow’s difficulties in prosecuting its war against Ukraine, whose smaller military has put up a stiff resistance against the militarily superior Russian forces.

The Biden administration unveiled findings earlier this week that Russia has faced technical problems with Iranian-made drones acquired from Tehran this month for use in its war with Ukraine.

Russia picked up Mohajer-6 and Shahed-series unmanned aerial vehicles over several days this month as part of what the Biden administration says is likely to part of a Russian plan to acquire hundreds of Iranian UAVs for use in Ukraine.

White House National Security Council spokesman John Kirby said on Wednesday that Russia has been having “some difficulties” and experiencing “the limits on some of the capabilities” of the Iranian drones since receiving them.