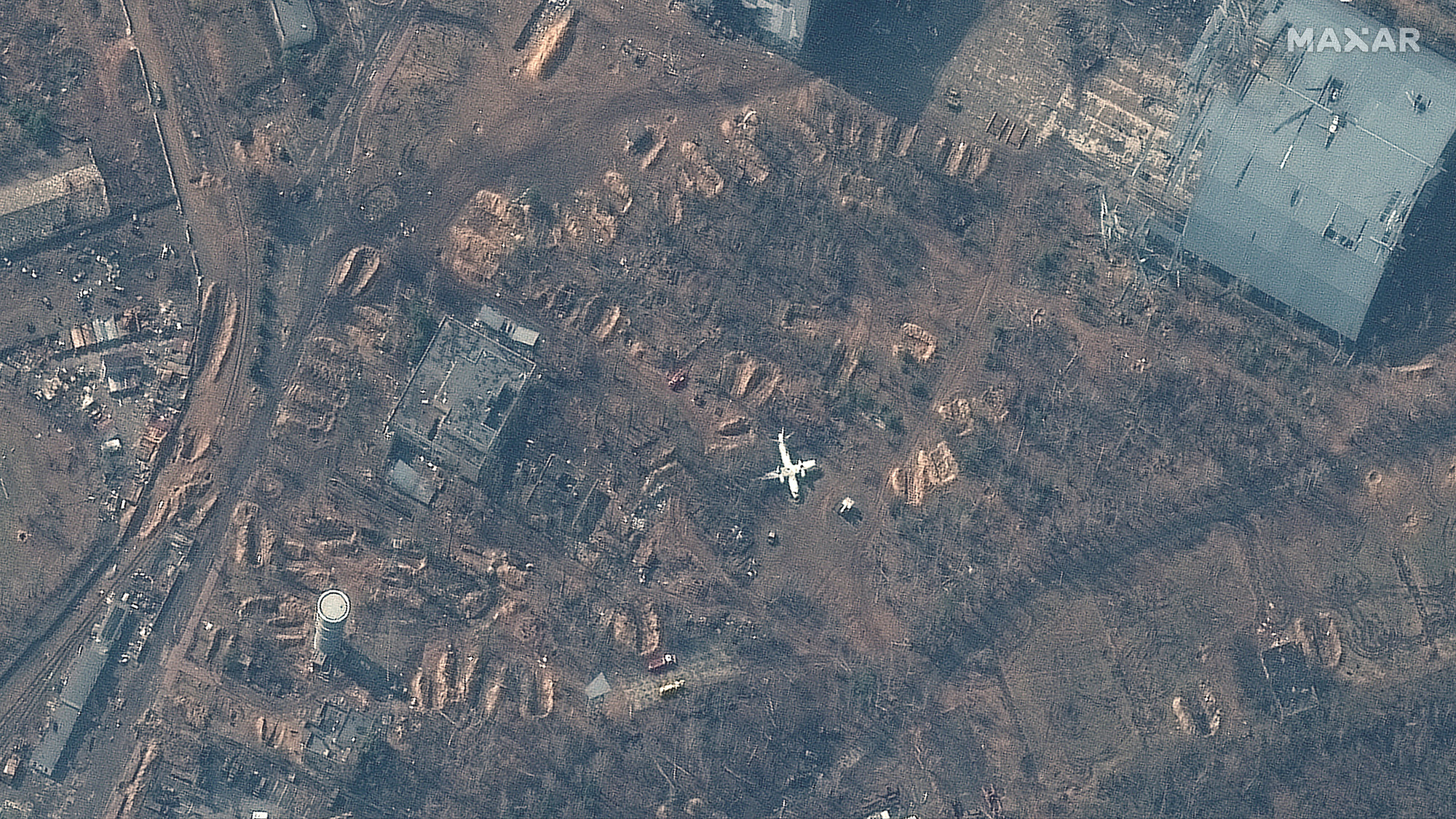 Sergei Orlov, the deputy mayor of Mariupol, detailed the scene in the besieged port city as Ukrainian officials try to help those still inside and evacuate citizens who have fled to surrounding areas.

“The city is totally destroyed. City is like bad … we’re upset, not because of infrastructure, but because of people. So we don’t know how to help our citizens who are suffering inside the city,” he said during an interview with CNN’s Ana Cabrera. “Russia does not allow to solve any humanitarian issue, to transfer any humanitarian help and to make evacuation of our citizens for many days.”

The official explained where things stand in evacuation efforts and the most recent mission to evacuate Mariupol citizens who are in nearby areas.

“So this mission helps us and made possible to evacuate Mariupol citizens from Berdyansk to Zaporizhzhia. It’s very good. It’s absolutely necessary,” he said, noting that 45 buses were evacuated with more than 2,000 citizens, including 710 children.

With regards to those still in Mariupol, among the most pressing concerns is nutrition, said Orlov, as aid groups including the Red Cross have struggled to reach the city with food and supplies.

An International Committee of the Red Cross (ICRC) team traveling to Mariupol said Friday that they were unable to reach the besieged city to help facilitate the safe passage of civilians. The team is planning on trying to make the trip to the besieged city again on Saturday.

“I cannot even describe in words how life looks like in Mariupol,” he said. Citizens “cannot eat … [it’s] common for us to have three dishes, but three dishes per week. So we eat on Monday, Tuesday, and Friday. So we cannot even eat a lot.”

Mariupol estimates that more than 100,000 citizens are still in the city, all hiding in hopes of staying safe. The official said citizens are living “as mice.”

“All of them are living underground in shelters, bomb shelter in some spaces below, so just to have a chance to survive, not to be killed by airstrikes, by missiles, by shelling,” said Orlov. “They are sharing some food with each other, so it’s typical food for a day is glass of water with … one or two cakes, one glass of soup in the afternoon and also one glass of water and one cake in the evening.”

“In the Maripol territory, I mean mostlyskirts which Russia temporarily occupied. They force people to evacuate from here and even make deportation,” he said.

In a local hospital, meanwhile, Orlov says there are as many as 2,000 children without parents, a reality that wouldn’t have existed prior to the invasion.