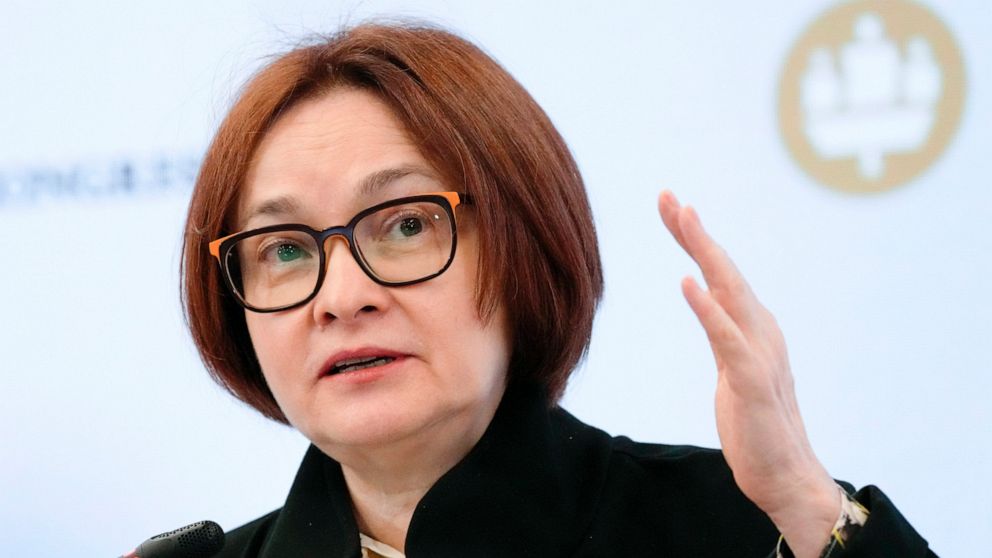 ST. PETERSBURG, Russia — The head of the Russian Central Bank warned Thursday that the country’s economy faces pressure from abroad that could persist indefinitely, dampening hopes that conditions could return to what they were before Russia sent troops into Ukraine.

“It seems to me that it’s obvious to everyone that it won’t be as it was before,” Elvira Nabiullina said at a session of the St. Petersburg International Economic Forum, an annual showpiece gathering aimed at investors.

“External conditions have changed for a long time indeed, if not forever,” she said.

Russia was hit by a wide array of sanctions after the start of the Ukraine military operation, including major banks being cut off from the SWIFT international payment system and Western bans on flights. Hundreds of foreign companies have suspended operations in Russia or pulled out entirely.

The consequences of those actions have yet to be fully assessed.

Minister of Economic Development Maxim Reshetnikov told the same session that the prognosis is for Russia’s gross domestic product to fall by 7.8% this year, but “in the last month, there’s been a wave of improving assessments and prognosis.”

Many Russian officials have tried to brush off sanctions for contending that Russian enterprises can step in to take over.

Government funding could help those efforts, but Finance Minister Anton Siluanov warned that such measures could be overdone.

“Now we hear, ‘Let’s get more funding, let’s invest more there’ … such budget medicine should not turn into a narcotic,” he said.

After the ruble lost as much as half its value in the first weeks of the Ukraine conflict, Russia took significant measures to support it, leading to a rebound that boosted it to levels not seen in years. However, that has made Russian exports more expensive. Many countries, meanwhile, are moving to lessen their dependence on Russian oil and natural gas.

Nabiullina called for Russia to reduce its emphasis on exports overall in favor of domestic production.

“It has always been believed that exports are our intrinsic value,” she said. “We need to rethink and, finally, think about the fact that a significant part of production should work for the domestic market, more processing, more creation of final products.”