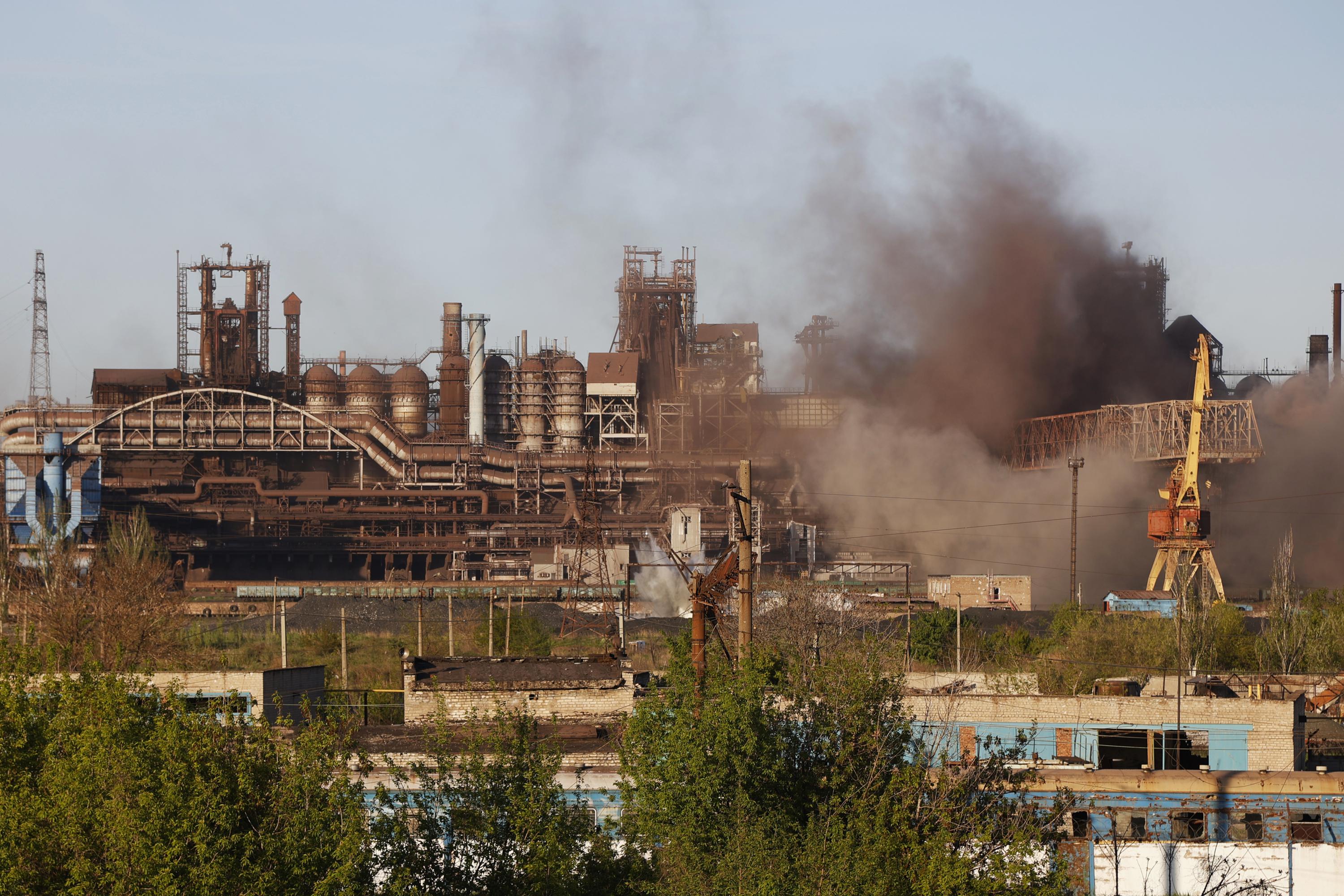 KYIV, captured on Ukraine FridayAP accused each other of shelling in a separatist eastern region that reportedly killed dozens of Ukrainian prisoners of war who were after the fall of Mariupol in May.

Russia said that Ukraine used US-supplied HIMARS multiple rocket launchers in the attack on the prison in Olenivka, in the Russian-controlled Donetsk region. Officials from Russia and the separatist authorities in Donetsk said the attack killed 53 Ukrainian POWs and wounded 75.

The Ukrainian military denied any rocket or artillery strikes on Olenivka, insisting that it was not shelling civilian areas and only strikes Russian military targets.

It charged the Russian forces of deliberately shelling the prison in Olenivka in order to accuse Ukraine of war crimes and also to cover up torture and executions there.

The statement denounced the Russian claims as part of an “information war to accuse the Ukrainian armed forces of shelling civilian infrastructure and the population to cover up their own treacherous action.”

Neither claim could be independently verified.

Denis Pushilin, the Moscow-backed separatist leader, said the prison has 193 inmates. He didn’t specify how many of them were Ukrainian POWs.

Ukrainian authorities in the Donetsk region said Russia has been pressed on with the shelling of civilian targets in Ukrainian-held areas.

“The fighting in the region has been intensifying by the day, and civilians must evacuate while it’s still possible,” said Donetsk Gov. Pavlo Kyrylenko. “The Russian army doesn’t worry about civilian casualties. They are pummeling cities and villages in the region.”

The Ukrainian troops in Mariupol were taken prisoner after the fierce fighting for Ukraine’s Azov Sea port, where they had been holed up at the giant Azovstal steel mill. Their resistance has become a symbol of Ukrainian against the Russian invasion that started on Feb. 24.

The Azov Regiment and other Ukrainian units defended the steel mill for nearly three months, clinging to its underground maze of Ukrainian tunnels. More than 2,400 surrendered in May under relentless Russian attacks from the ground, sea and air.

Scores of Ukrainian soldiers were taken to prisons in Russian-controlled areas such as the Donetsk region, a breakaway area in eastern Ukraine which is run by Russian-backed separatist authorities. Some have returned to Ukraine as part of prisoner exchanges with Russia, but families of others have no idea whether their loved ones are alive, or if they will ever come home.

City mayor Ihor Terekhov said a central part of the northeastern city was a hit, including a two-story building and a higher education institution. Terekhov said the strike occurred just after 4 am on Friday.

“The State Emergency Service is already working — they are sorting out the rubble, looking for people under them,” Terekhov said in a Telegram update.

— The Ukrainian presidential office said that at least 13 civilians were killed and another 36 were wounded in Russian shelling over the past 24 hours.

In the southern city of Mykolaiv, at least four people were killed and seven others were wounded when Russian shelling hit a bus stop.

“The Russians have changed their tactics because of the Ukrainian forces’ successes in the south. … They fire near a bus stop,” Mykolaiv Gov. Vitaliy Kim said.

The Russian barrage also hit a facility for distribution of humanitarian assistance, where three people were wounded, officials said.

Ukrainian officials also said at least four civilians were killed and another five were wounded in the eastern town of Bakhmut in the Donetsk region, which is the focus of the Russian offensive in the Donbas. More than 30 residential buildings and a kindergarten were damaged.

Follow the AP’s coverage of the Russia-Ukraine war at https://apnews.com/hub/russia-ukraine