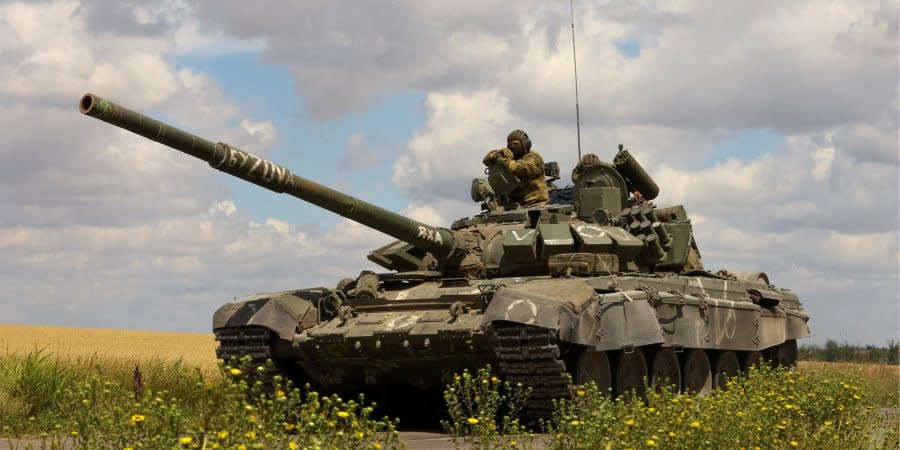 Commenting on the fact that the recently formed Russian 3rd Army Corps has new military equipment, Zhdanov said that since its mercenaries are considered to be the most motivated infantry, it was decided to provide them with the best weapons currently available in Russia.

“The fact is that Mulino is the premier tank army,” the military expert said, referring to the village in Russia’s Nizhny Novgorod Oblast where the Russian 3rd Army Corps was based.

“And this is the ‘courtier’ tank army that guards Moscow, which included parade sets of vehicles that took part in parades on Red Square. I will tell you this is the last reserve of Russian ground forces.”

Read also: Russia ‘running out of Iskander and Kalibr missiles’

According to Zhdanov, if the Russians have brough out the last T-90 tanks, which have not been seen in Ukraine for a long time, and the T-80BV, which is the latest modernization of the T-80 tank, this means the last reserves are going into battle.

At the same time, he added that the quality of the mercenaries in the 3rd Army Corps “has turned out to be much lower than it should be.”

“I’m more than sure that the general staff has, on paper, an ideal combat-ready corps, which (it believes) should radically change the situation in one of the operational areas, most likely in the Donetsk one,” Zhdanov said .

“But in reality, the volunteers of this corps are (of poor quality).”

The Ukrainian General Staff reported on Aug. 30 that Russian forces were deploying the newly-formed 3rd Army Corps to reinforce Russian positions in the temporarily occupied Kharkiv and Zaporizhzhia Oblasts.

At the same time, the US-based Institute for the Study of War (ISW) said the recently formed 3rd Army Corps would not be able to fundamentally change the situation on the battlefield.

According to the Ukrainian territories intelligence, Russia has transferred up to 5,000 mercenaries from the Wagner/Liga private military company to the temporarily occupied. There, the mercenaries are used as storm troopers.

Read the original article on The New Voice of Ukraine