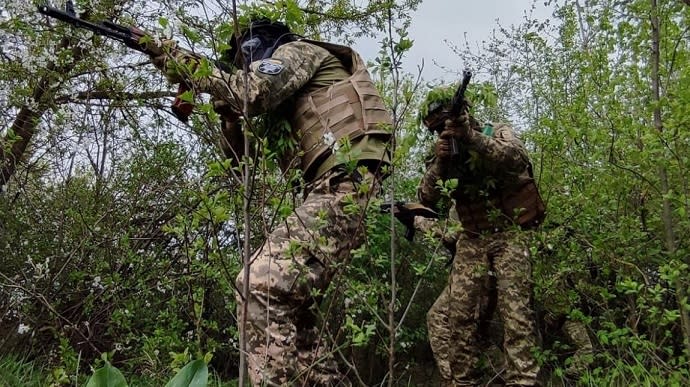 Russian forces are shelling towns and villages on the Pivdennyi Buh front [in southern Ukraine – ed.] and are focusing their efforts on preventing the Ukrainian Armed Forces from mounting an offensive.

Source: General Staff of the Armed Forces of Ukraine on Facebook, information as of 06:00 on 10 July

Russia’s main efforts on the Kharkiv front are focused on preventing the advance of Ukrainian troops.

Russian forces used different types of artillery to fire on Kharkiv, Ruski Tyshky, Pytomnyk, Korobochkyne, Ivanivka, Dementiivka, Sosnivka, Rubizhne, and Slatyne and conducted an airstrike on Verknii Saltiv. In addition, Russia launched an Iskander missile on the city of Kharkiv from the territory of Belgorod Oblast (Russia).

on the sloviansk front, Russian occupying forces fired on the positions of the Ukrainian Armed Forces and conducted reconnaissance in force near Dolyna. They were unsuccessful and retreated.

Russian troops did not undertake active combat operations on the Kramatorsk front, although some Russian units were seen moving in the direction of Bilohorivka. The Russians used mortars, tanks, and tubed artillery to fire on the areas around Siversk, Pereizne, Hryhorivka, Verkhnokamianske, and Bilohorivka and conducted airstrikes near Sloviansk, Siversk, and Serebrianka.

Similarly, Russian forces did not undertake active combat operations on the Bakhmut front. There, the Russians fired on the areas around Vershyna, Zaitseve, Pokrovske, Vesele, Ivano-Dariivka, and the Vuhlehirska Thermal Power Plant. Russian aircraft conducted airstrikes in the vicinity of Berestove and Spirne.

on the Avdiivka, Kurkahove, Novopavlivka, and Zaporizhzhia fronts, Russian occupying forces used artillery to fire on the areas around Opytne, Avdiivka, Marinka, Pavlivka, Vuhledar, Zolota Nyva, Komar, Huliaipole, Orikhiv, Mali Shcherbaky, and Poltavka in order to pin down the Ukrainian forces in the area. Russian aircraft conducted airstrikes on the areas around Kamianka, Mali Shcherbaky, and Novoandriivka.

Russian forces are focusing their efforts on preventing the Ukrainian Armed Forces from mounting an offensive on the Pivdennyi Buh frontand used tubed artillery to fire on the areas around Lozove, Posad Pokrovske, Ukrainka, Partysanske, Liubomyrivka, Kobzartsi, and Shyroke.

Russia maintains up to three naval high-precision missile carriers on standby [in the waters of the Black Sea – ed.]ready to launch missiles on the territory of Ukraine.