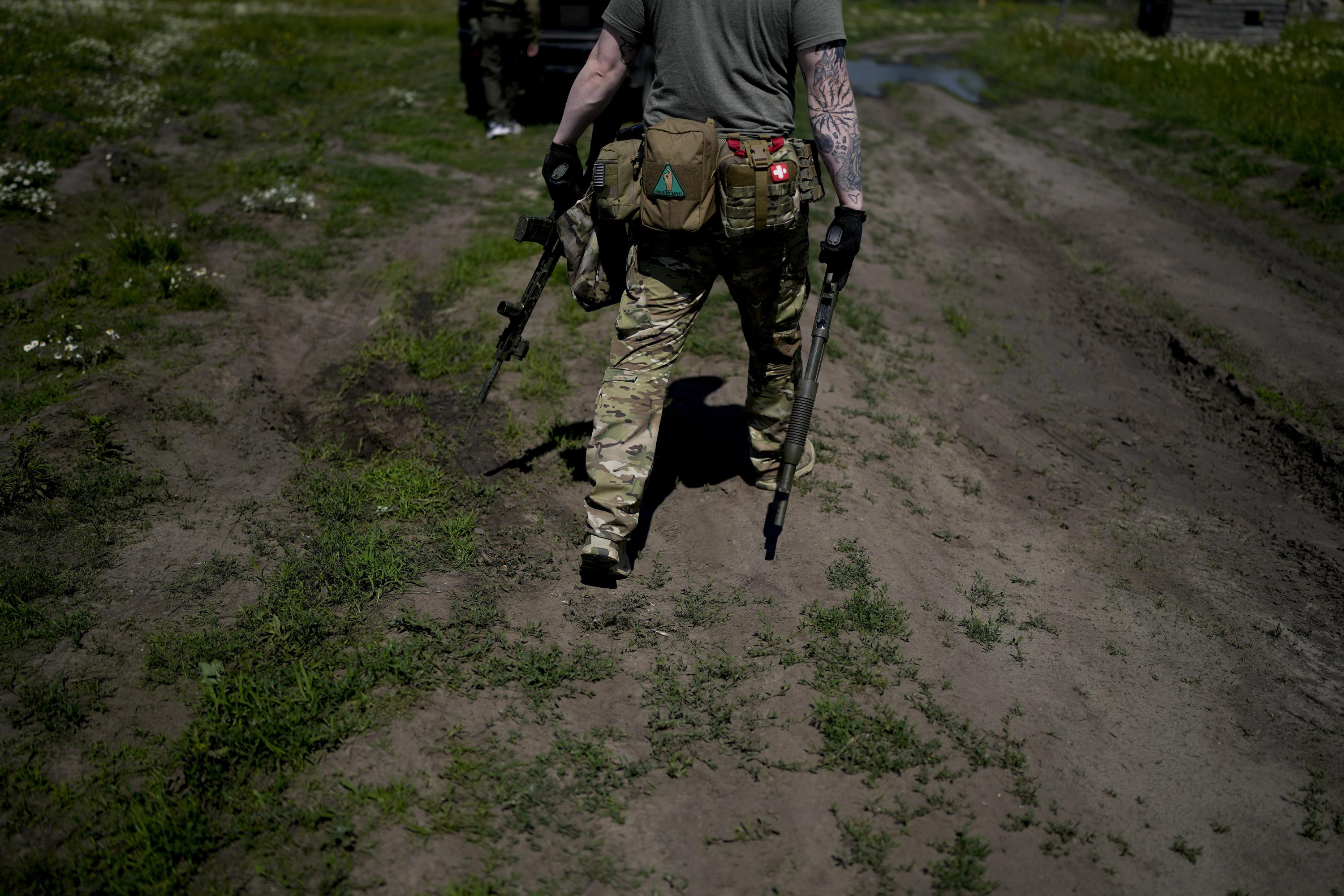 KYIV, Ukraine (AP) — Russia Tuesday claimed it has occupied large swathes of eastern Ukraine after a relentless, weeks-long barrage and the recent deployment of more troops.

Russia appears bent on capturing the entire eastern Donbas part of Ukraine, which is made up of the Donetsk and Luhansk regions. That goal appears to be its most immediate ambition in Ukraine.

But while the Kremlin’s forces have superior firepower, the Ukrainians defenders — among them the country’s most well-trained forces — are entrenched and have shown the capability to counterattack.

Shoigu claimed that Russian forces have seized the residential quarters of Sievierodonetsk and are fighting to take control of an industrial zone on its outskirts and the nearby towns.

Sievierodonetsk, the administrative center of the Luhansk region, has recently been the focus of the Russian offensive. Sievierodonetsk and nearby Lysychansk are the only two Donbas cities holding out against the Russian invasion, which is being helped by local pro-Kremlin forces.

Shoigu added that the Russian troops were pressing their offensive toward the town of Popasna and noted that they had taken control of Lyman and Sviatohirsk and 15 other towns in the region.

Popasna is a town with a pre-war population of 20,000 located about 30 kilometers (nearly 20 miles) south of Sievierodonetsk.

A Ukrainian official said Tuesday that Moscow is deploying troop reinforcements in eastern Ukraine as a Russian artillery barrage aimed to grind down Ukrainian defenses.

Luhansk governor Serhiy Haidai granted that Russian forces control the industrial outskirts of Sievierodonetsk, one of two cities in the Luhansk region still in Ukrainian hands.

Moscow’s strategy has suffered numerous setbacks, however, since Russia invaded Ukraine on Feb. 24, including the failed attempt to take Kyiv, the capital.

Moscow’s forces also kept up an artillery barrage of Lysychansk, a city close to Sievierodonetsk which is almost fully controlled by Russian troops.

Haidai said Russian troops shelled a local market, a school and a college building, destroying the latter. Three wounded people were sent to hospitals in other parts of Ukraine, he said.

“A total destruction of the city is underway, Russian shelling has intensified significantly over the past 24 hours. Russians are using scorched earth tactics,” Haidai said.

In all, Ukrainian forces had repelled 10 Russian attacks over the previous 24 hours, according to Haidai. His report could not be independently verified.

Ukraine is receiving weapons and ammunition from the West to help fend off relentless Russian attacks. That assistance has become a target for Russian artillery and warplanes.

Russia Tuesday claimed its forces took out two artillery systems supplied by the United States and a howitzer supplied by Norway.

In Kyiv, meanwhile, autopsies were planned on dozens of Ukrainian fighters killed at the Azovstal steelworks.

The bodies were returned to Ukraine by the Russian occupiers of the fortress-like plant in the destroyed city of Mariupol, where their last-ditch stand became a symbol of resistance against Moscow’s invasion.

The Azov Regiment was among the Ukrainian units that defended the steelworks for nearly three months before surrendering in May under relentless Russian attacks from the ground, sea and air.

It was unclear how many bodies might remain at the plant.

David Keyton and Oleksandr Stashevskyi in Kyiv; Yuras Karmanau in Lviv; Andrea Rosa in Bakhmut; and Sylvie Corbet in Colleville-sur-Mer, France, contributed to this story.

Follow AP’s coverage of the Ukraine war at https://apnews.com/hub/russia-ukraine