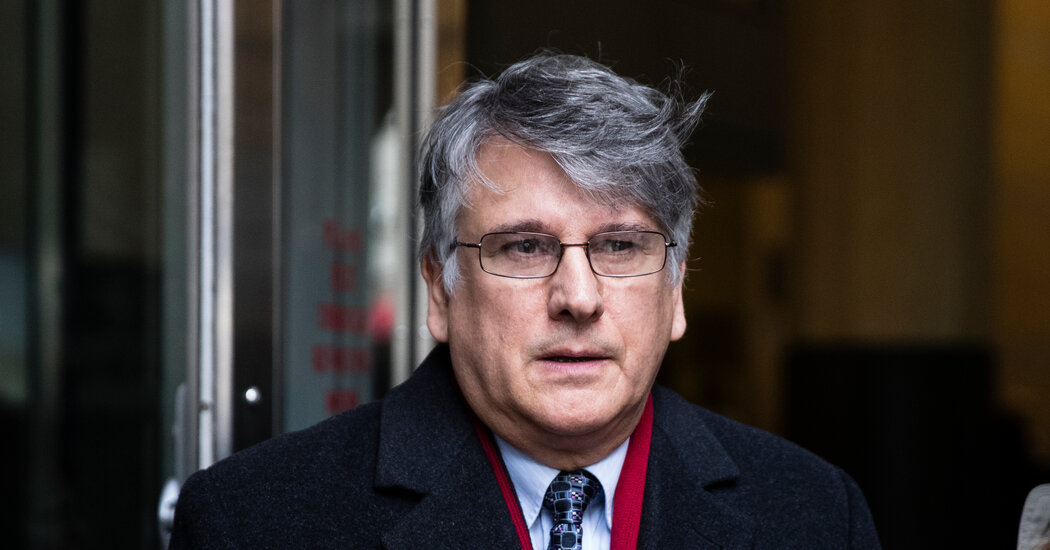 For more than a decade, Ricardo Cruciani built a reputation as a gifted and esteemed physician who could relieve chronic pain when other doctors could not.

But then a string of alarming claims began to surface: Dozens of patients accused him of sexually abusing them during exams after he sometimes dangerously high amounts of medication to maintain control over them, prosecutors in the Manhattan district attorney’s office said during a trial this month . When they resisted, he would withhold their prescriptions.

On Friday, a jury found Mr. Cruciani guilty on 12 counts of predatory sexual assault, sexual abuse, rape and other crimes, after about three days of deliberations. Mr. Cruciani’s monthlong trial centered on the stories of six women he treated around 2012 at Beth Israel Medical Center, now known as Mount Sinai Beth Israel, in Union Square and in New Jersey and Pennsylvania facilities.

The Manhattan district attorney, Alvin Bragg, said in a statement Friday that Mr. Cruciani, 68, had violated the public’s trust in medical workers by abusing his power over patients and intentionally taking advantage of their pain.

“Dr. Cruciani left in his wake six survivors who continue to suffer from debilitating diseases, and now, years of trauma,” Mr. Bragg said. “Although we can never undo his horrific actions, I hope this conviction serves as a measure of justice.”

Fred Sosinsky, a lawyer for Mr. Cruciani, said in a statement Friday that he believed the trial court committed “a good number of legal errors,” and that he planned to appeal the verdict.

“It appears that the collective weight of six accusers, rather than a fair consideration of each of their problematic accounts, carried the day,” Mr. Sosinsky said.

Others have faced similar high-profile claims in recent years, including Larry Nassar, the former US women’s gymnastics team physician, and Robert E. Anderson, the University of Michigan doctor who died in 2008 and has been accused by hundreds of football players and others. students of sexual abuse.

Prosecutors and witnesses told jurors during the trial that Mr. Cruciani’s advances often began gradually. He would tightly embrace patients or run his fingers through their hair. But over time, his behavior escalated: the doctor groped women, kissed them without permission, and forced them to perform sex acts or have intercourse, prosecutors said.

The reports of Mr. Cruciani’s misbehavior dates back more than 15 years. Sexual contact between a physician and a patient is explicitly forbidden by medical ethics. But administrators at several hospitals ignored reports of misconduct against Mr. Cruciani, who is from Pennsylvania, and allowed him to quietly assume new roles in other postings or states, according to accusations in several lawsuits.

He was arrested in 2017 on charges that included indecent assault and indecent exposure. But he avoided jail time after reaching a plea deal that required him to surrender his medical license and register as a low-level sex offender.

At his trial in Manhattan, prosecutors told jurors that it was time to finally hold the physician accountable. Over the years, prosecutors said, he followed a similar pattern in each abuse case: He crafted personal bonds with his patients, questioning them about their upbringings, relationships and personal lives, and then would begin to sexually assault them.

As patients returned, he increased their dosages or began prescribing new medications, and became more brazen in his behavior, prosecutors said.

In his closing arguments, Mr. Sosinsky, the defense lawyer for Mr. Cruciani, argued that his accusers were unreliable, The Associated Press reported. “You should have every reason to doubt these accusations,” Mr. Sosinsky told jurors.

Mr. Cruciani is scheduled to be sentenced on Sept. 14, and could spend life in prison. He also still faces a state case in New Jersey and federal charges in Manhattan of enticing women to cross state borders for the purpose of illegal sexual activity that could increase his time behind bars.

On Friday, several survivors praised the verdict and said it would help them continue to heal.

During the trial, Ms. Tullin testified that she had sought out Mr. Cruciani’s help about two decades ago for chronic pain that other doctors struggled to diagnose. But he soon began calling her at home and telling her that he was thinking about her. Once, she said, he grabbed her face and forcefully kissed her.

She said she was “beyond happy” at the verdict, and cried when she first received the news. The emotional and mental wounds from her experiences will never disappear, she said. But, she hopes that they will slowly recede from the front of her mind.

“As much as I’ve gone through trauma counseling and therapy,” she said, “I don’t think it was until I got this verdict that I could finally say, I can start healing. I can start trying to rebuild my life again.”