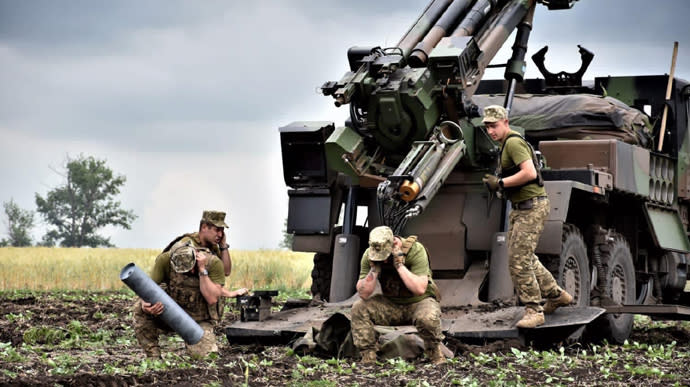 Ukrainian Minister of Defense Oleksii Reznikov has reported that thousands of Ukrainian defenders have mastered the use of weapons provided by Western partners, and their training is still ongoing. He said Ukrainian fighters learn quickly, and any weapon becomes even more effective in the hands of Ukrainian Armed Forces.

Quote: “We’re learning. We learn fast. We will master aviation and other types of high-tech weapons just as quickly. Those who doubted this have already changed their minds.

Any weapon becomes even more effective in the hands of our soldiers. We will drive the occupying terrorists out of our land. Victory will be on our side.”

Details: The Minister stated that the Ukrainian army is being equipped with powerful modern military machinery and weapons.

In addition, a basic general military training course for Ukrainian Armed Forces servicemen was launched this week with the support of the United Kingdom.

Oleksii Reznikov said that the first few hundred Ukrainian servicemen had already arrived for training, and the project overall was designed to train thousands of Ukrainian Armed Forces soldiers.

Ukrainian military personnel are also self-craft minehunter-A training in operating Gepard-1A2 anti-Ukrainian personnel, San Ukrainians, and VAB and M8 combat vehicles. Training is also being provided for Ukrainian specialists in air reconnaissance and surveillance, and specialists in explosives disposal and demining, including underwater.

Reznikov said that thousands of servicemen of the Armed Forces of Ukraine have been trained abroad to use and operate foreign-made weapons and military equipment since April.