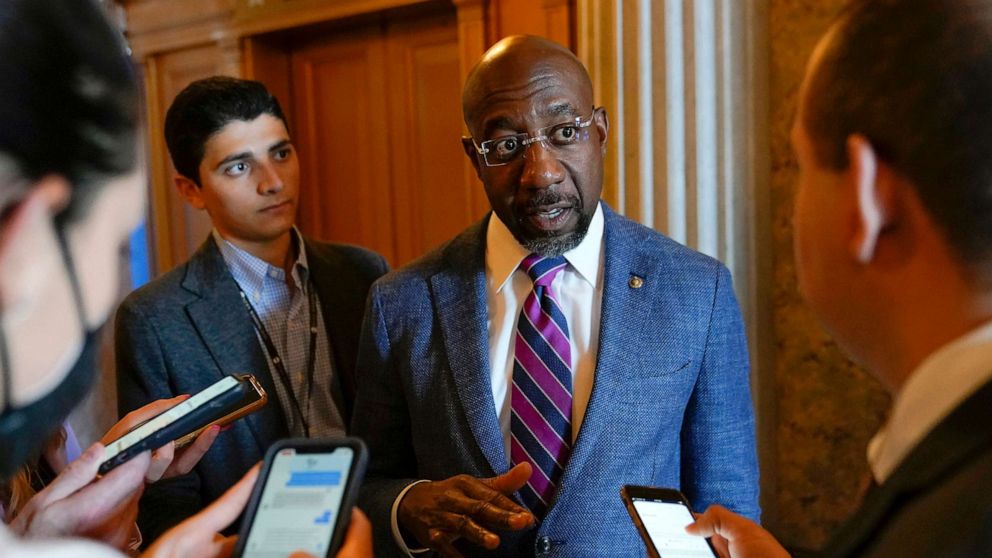 Democrats had sought to overrule a decision from the Senate rules official, the parliamentarian, that a $35-per-month limit on insulin costs under private insurances did not comply with the budget reconciliation process, which allowed Democrats to pass their bill with a bare majority .

The cap, which was proposed by Sen. Raphael Warnock, D-Ga., needed 60 votes to pass and remain in the Inflation Reduction Act (IRA). It ultimately failed by a 57-43 vote.

Republicans Bill Cassidy of Louisiana, Susan Collins of Maine, Josh Hawley of Missouri, Cindy Hyde-Smith of Mississippi, John Kennedy of Louisiana and Alaska’s Lisa Murkowski and Dan Sullivan voted for the measure with Democrats. All 43 “no” votes came from Republicans.

The cap’s scrapping was quickly seized on by Democrats and stirred controversy beyond them, with criticisms of the GOP citing the sometimes startling cost of needed insulin for diabetics.

Republicans, in turn, accused Democrats of being about to vote that they said amounted to a technicality rather than a policy difference.

“Lying Dems and their friends in corporate media are at it again, distorting a Democrat ‘gotcha’ vote. In reality, the Dems wanted to break Senate rules to pass insulin pricing cap instead of going through regular order,” Wisconsin Republican Ron Johnson tweeted afterward, noting that he previously “voted for an amendment, that Dems blocked, to provide insulin at cost to low-income Americans.”

While the proposed cap was not expected to get the 10 Republicans needed to have the measure preserved as part of the Democrats’ sprawling reconciliation deal — the 60-vote threshold would have overcome the parliamentarian’s objections about using the 51-vote reconciliation — the process allowed the party to put GOP senators on the record on a popular policy.

Republicans used a similar tactic in voting on Biden’s immigration policy as part of possible amendments to the IRA.

The parliamentarian had said the insulin cap would violate the Byrd Rule, which requires that a measure have an effect on the federal budget that is not “merely incidental” in order to qualify to pass through reconciliation.

The parliamentarian, meanwhile, did allow Warnock’s $35 insulin cap to apply to those covered under Medicare.