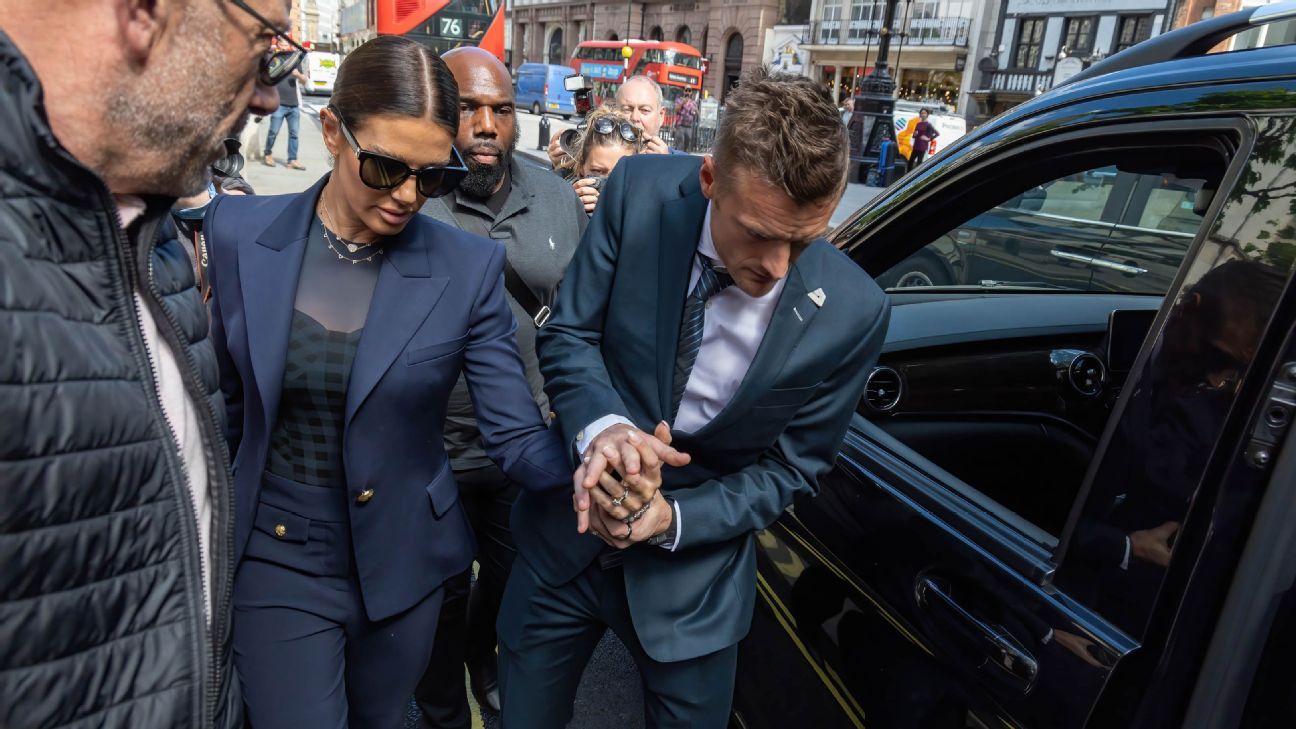 Vardy, the wife of Leicester City striker Jamie Vardy, took Rooney, the wife of England’s record scorer Wayne Rooney, to court after she was accused of supplying the media with private information about Coleen Rooney. It came after Rooney had staged an elaborate sting operation to find out who was passing on stories about her private life.

Judge Karen Steyn said in a written ruling on Friday that Rooney’s allegation was “substantially true.”

Steyn said it was likely that Vardy’s agent, Caroline Watt, had passed private information to The Sun newspaper and that “Mrs. Vardy knew of and condoned this behavior.”

The trial was nicknamed Wagatha Christie after the term used by the British media to refer to footballers’ wives and girlfriends — WAGs — and Agatha Christie, the popular writer of detective novels.

Rooney said she posted a series of fake stories about herself on Instagram with a view to finding out who had been leaking information about her, blocking everyone apart from one person on her account from seeing the posts.

When the stories appeared in the press, Rooney posted a message about the source of the leak in October 2019 in which she announced: “It’s………. Rebekah Vardy’s account.”

Vardy strenuously denied leaking the information, and she sued for libel “to establish her innocence and vindicate her reputation,” her lawyer Hugh Tomlinson said.

He said Vardy had suffered “widespread hostility and abuse” after Rooney accused her in a post to almost 2 million social media followers.

The case caused a media frenzy during seven days of hearings as the two women went to court, along with their husbands, despite being urged by judges and legal experts to settle.

The case has reportedly cost each side more than £1 million in legal fees.