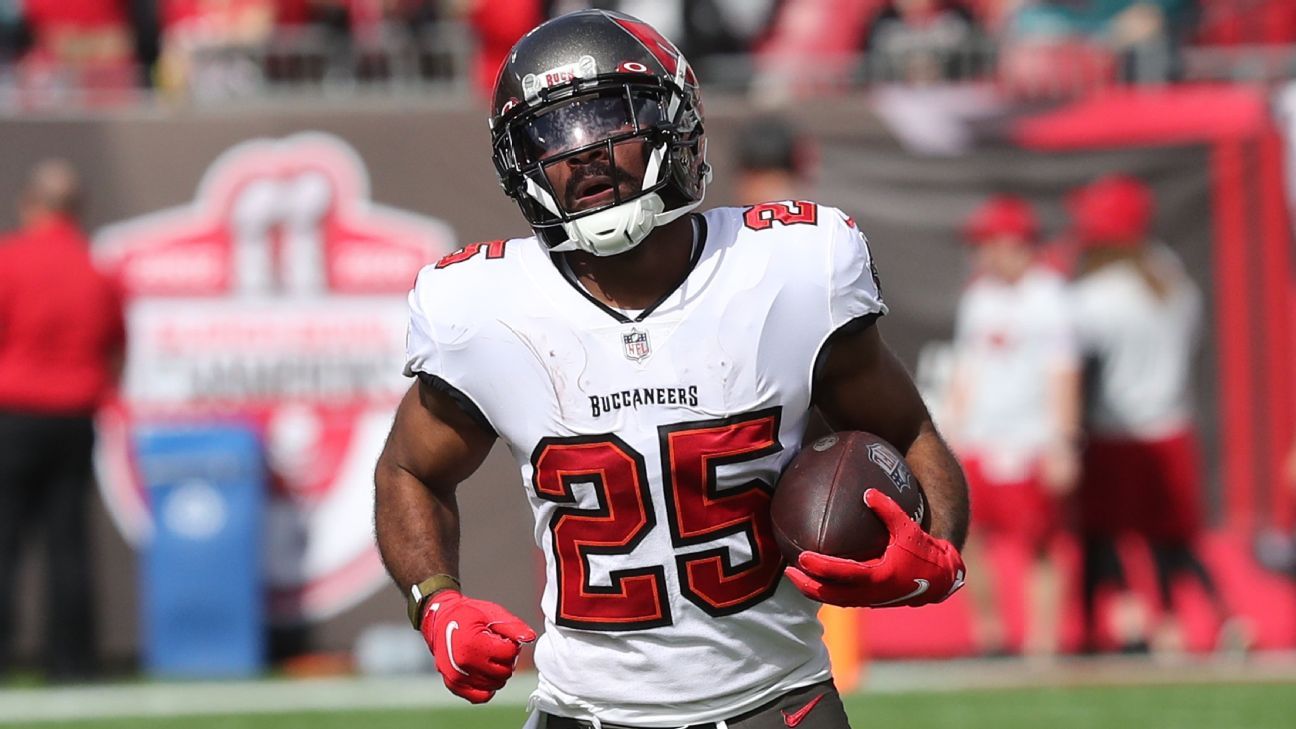 The deal is for the veteran salary benefit, which comes out to $1.12 million for Bernard’s nine years of league service, plus a $152,500 signing bonus, a source told ESPN, while the salary-cap hit comes just below $1.05 million.

Bernard played on a one-year deal with the Bucs last season as well, serving as their third-down back. In 12 games, Bernard hit for 58 yards on eight carries, but he contributed 23 receptions for 123 receiving yards and three touchdowns.

Bernard suffered hip and knee injuries last season that sent him to injured reserve, but he was activated in advance of the Bucs’ NFC wild-card playoff game against the Philadelphia Eagles. In the postseason, he hit for 44 yards on 13 carries with a touchdown, and had five catches for 39 yards.

With Leonard Fournette serving as the lead running back and Ke’Shawn Vaughn expected to back him up, Bernard’s primary duties will once again be to serve as a third-down pass-catcher for quarterback Tom Brady. This move does not preclude the Bucs from drafting a running back to compete for that role, either, as they’ve done significant homework in this area.