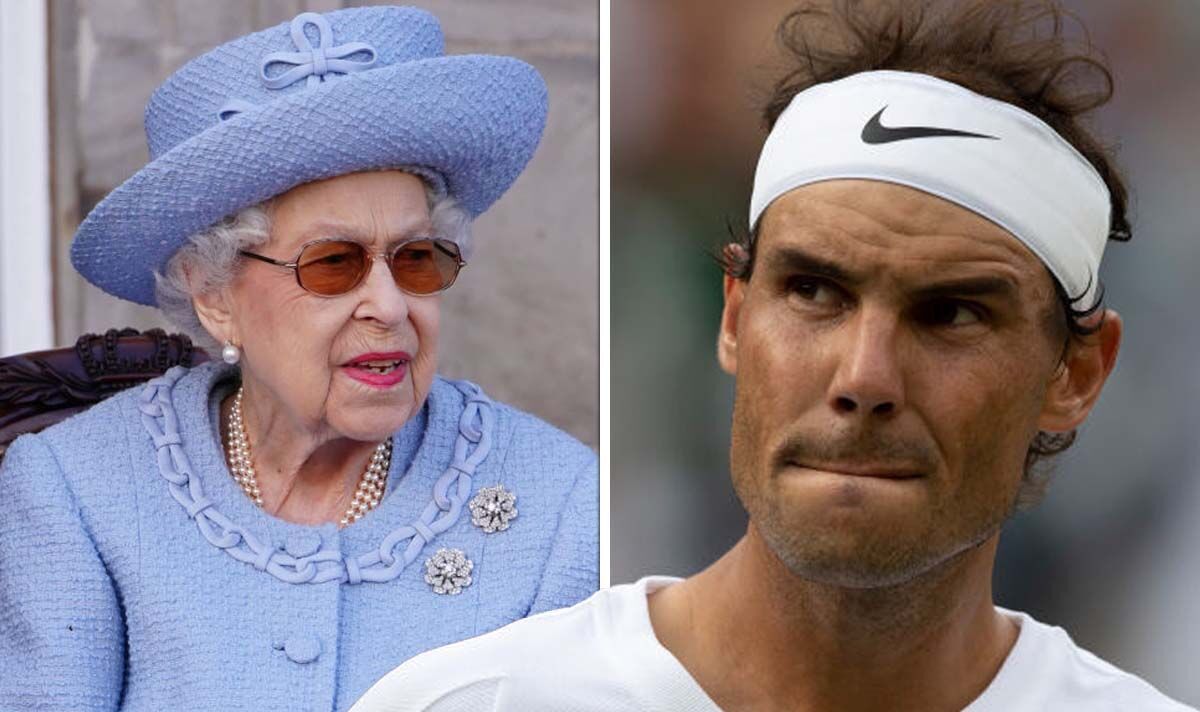 Rafael Nadal emerged victorious after his quarter-final battle with the United States’ Taylor Fritz at the Wimbledon Championships. The Spaniard beat Dutch player Botic van de Zandschulp on Monday. He will now proceed to the semi-finals, where he will be up against Australia’s Nick Kyrgios, moving him one step closer to his third Wimbledon win and 23rd major men’s singles title.

Nadal had not taken part in the SW19 tournament since 2019 having experienced a recurring foot injury that he received special treatment for before participating in this year’s Wimbledon.

Currently ranked 4th in the world, Nadal has earned his place in tennis’ hall of fame.

And it appears that the 36-year-old had to make some sacrifices to garner such success, including declining a rare invitation from Queen Elizabeth II.

Back in 2010, Nadal admitted to turning down an opportunity to meet the Queen because he wanted to focus on his Wimbledon second round match.

He had been invited to spend time with Her Majesty during her rare visit to the All England Club.

The Queen has not shown much interest in tennis, having only attended Wimbledon four times, the occasion marking her fourth and final visit to the club — also the first time she had attended since 1977.

Despite being offered the once-in-a-lifetime opportunity, Nadal decided it was too risky to disrupt his pre-match routine before a battle with Holland’s Robin Haase.

He was concerned that he might be left with too little time to prepare for the clash — which was scheduled as the last match of the day — if he met the monarch and played the matches.

“I had to practice at that time, so it was impossible for me to meet her at that moment.”

The tennis star had hoped the Queen would stay to watch his match, but the then 86-year-old Sovereign left after witnessing the victory of Britain’s Andy Murray.

Nadal said: “Seriously, I thought the Queen was going to be at my match and I would love to have the chance to meet her after the match. But it wasn’t possible because I think the Queen left before.

“For me it was disappointing. I was excited to meet her but it was a very important match for me too.”

He was adamant that his absence at lunchtime was in no disrespect to the Queen as he had to “do what I think is best to win the match.”

He appeared to make the right decision, as the Spaniard emerged from his battle with Robin Haase victorious.

He secured his place in the semi-finals when he won his quarter-finals match against Swedish Robin Söderling, and went through to the finals after defeating Andy Murray.

And, days later, Nadal took home his second Wimbledon win when he defeated Czech Tomáš Berdych 6–3, 7–5, 6–4 in the final.

Now that he is set to play in the semi-finals in this year’s tournament, he could potentially play in front of Kate, Duchess of Cambridge, who took over as the All England Club’s Royal Patron in 2016.

The Duchess is a keen tennis player and supporter, who is often spotted in the Royal Box at Center Court.

On Tuesday, she and her husband Prince William made their first appearance at the Championships to watch Cameron Norrie boost hope for a British win.

As Royal Patron, Kate is expected to present the winners’ trophies at the end of the week.