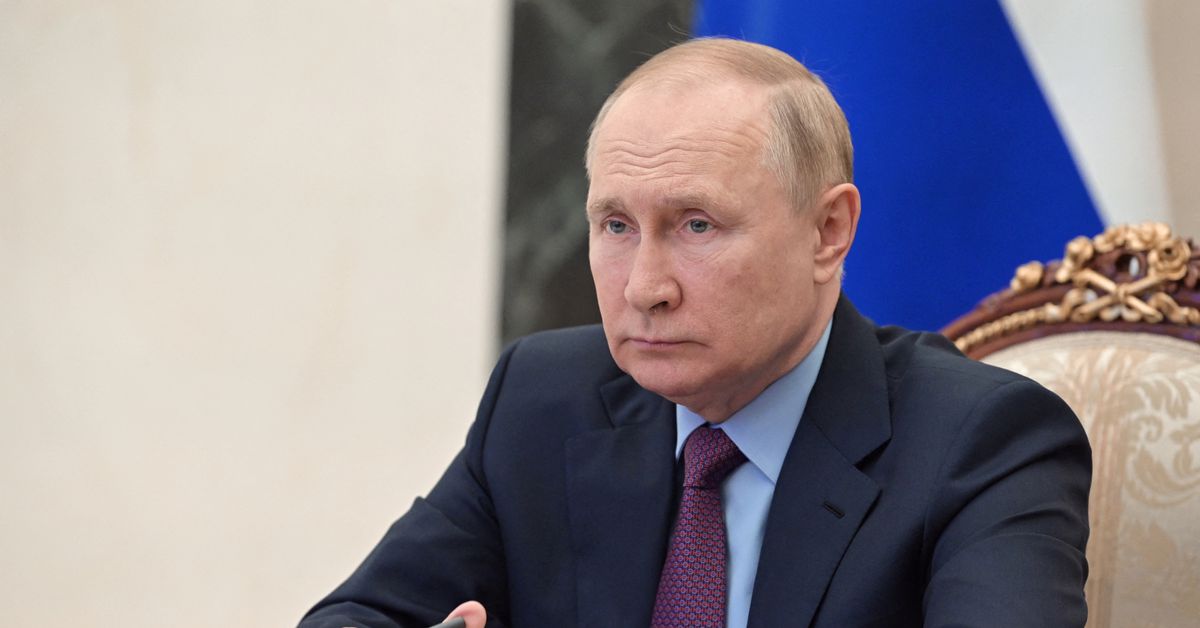 Russian President Vladimir Putin chairs a meeting on the development of the country’s metallurgical sector, via a video link at the Kremlin in Moscow, Russia August 1, 2022. Sputnik/Pavel Byrkin/Kremlin via REUTERS

LONDON, Aug 1 (Reuters) – Russian President Vladimir Putin said on Monday there could be no winners in a nuclear war and no such war should ever be started.

The Kremlin leader made the comment in a letter to participants of a conference on the nuclear non-proliferation treaty (NPT), more than five months into his war on Ukraine.

“We proceed from the fact that there can be no winners in a nuclear war and it should never be unleashed, and we stand for equal and indivisible security for all members of the world community,” he said.

His words to the NPT forum appeared aimed at striking a reassuring note and portraying Russia as a responsible nuclear power.

They contrasted with earlier statements by Putin and other Russian politicians that have been interpreted in the West as implicit nuclear threats.

In a speech on Feb. 24, as he launched the Russian invasion of Ukraine, Putin pointedly referred to Russia’s nuclear arsenal and warned outside powers that any attempt to interfere would “lead you to such consequences that you have never encountered in your history”.

Days later, he ordered Russia’s nuclear forces to be put on high alert.

The war has raised geopolitical tensions to levels not seen since the 1962 Cuban Missile Crisis, with politicians in both Russia and the United States speaking publicly of the risk of World War Three.

CIA Director William Burns said in April that given the setbacks Russia had suffered in Ukraine, “none of us can take lightly the threat posed by a potential resort to tactical nuclear weapons or low-yield nuclear weapons.”

Russia, whose military doctrine allows the use of nuclear weapons in the event of an existential threat to the Russian state, has accused the West of waging a “proxy war” against it by arming Ukraine and imposing sanctions on Moscow.

Earlier on Monday, a Russian foreign ministry source questioned the seriousness of comments by US President Joe Biden calling for talks on a nuclear arms control framework to replace a treaty expiring in 2026. read more

In April, Russia conducted a first test launch of its new Sarmat intercontinental ballistic missile, capable of mounting nuclear strikes against the United States, and said it planned to deploy the weapons by autumn.