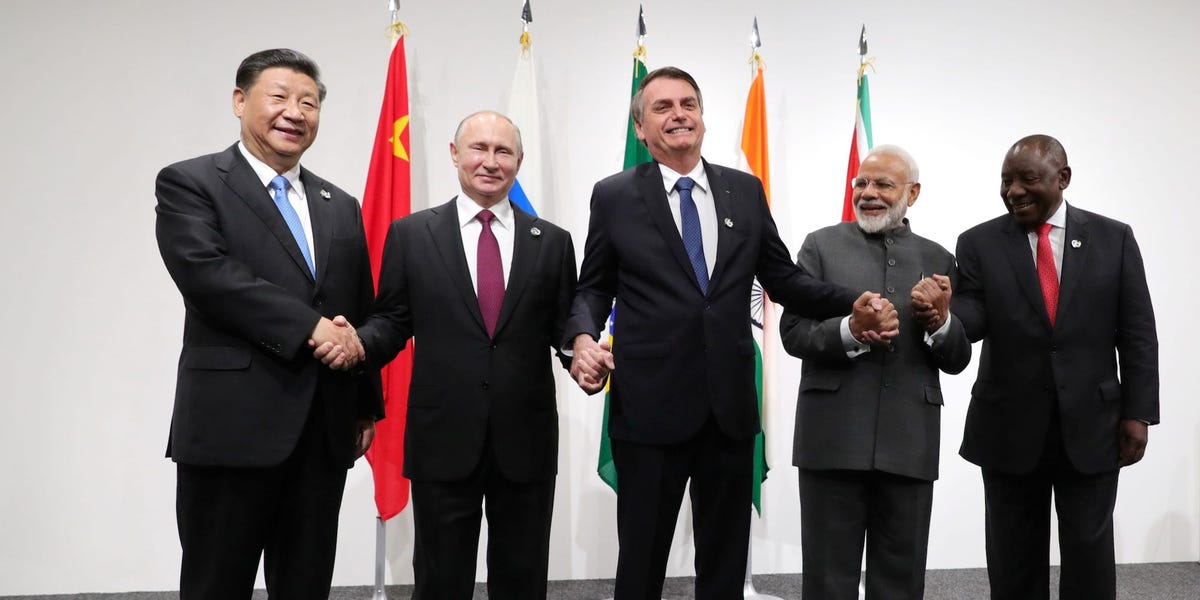 President Vladimir Putin is meeting this week with a group of prominent world leaders, a reminder that Russia still has powerful allies despite the backlash to its invasion of Ukraine.

Putin is attending a virtual meeting of the BRICS alliance on Thursday, a group made up of Russia, India, China, Brazil, and South Africa founded in 2009.

The leaders released pre-recorded speeches on Wednesday, all of which went without criticism of Russia’s invasion of Ukraine.

Neither Brazil, South Africa, nor India mentioned Ukraine by name. Chinese President Xi Jinping said: “The Ukraine crisis has again sounded the alarm for humanity. Countries will surely end up in security hardships if they place blind faith in their positions of strength, expand military alliances, and seek their own safety at the expense of others,” in a veiled reference to the US and NATO.

Putin also announced that the nations had deepened ties at a time when Russia’s economy has been damaged by Western sanctions.

Following Russia’s invasion of Ukraine on February 24, the US, UK, EU, and several other nations sanctioned Russian businesses and entities, with the US and EU banning imports of Russian oil.

Putin said Russia was therefore “redirecting” its trade flows to BRICS nations and other “reliable international partners,” according to the state-run Tass news agency. As a result, Putin said trade with China, India, Brazil, and South Africa jumped 38% in the first three months of the year.

China and India had been rushing to snap up Russian oil at low prices as Western importers pulled out, with Russia’s oil export revenues jumping by 11% in May.

The BRICS meeting is a stark reminder that Russia still has extremely powerful friends in China, India, Brazil, and South Africa, despite being ostracized and financially punished by the West.

The BRICS have turned a blind eye to Russia’s invasion of Ukraine, and look unlikely to ever condemn Putin.

In his speech before the BRICS meeting on Thursday, Xi reiterated his long-held view that the West was “weaponizing” the global economy by using sanctions to punish nations, including Russia.

Multiple Chinese entities are themselves subject to US sanctions.

Western powers hoped that sanctions would deter Russia from continuing its invasion of Ukraine, but that has not happened and experts say Putin is prepared for a years-long battle for eastern Ukraine.