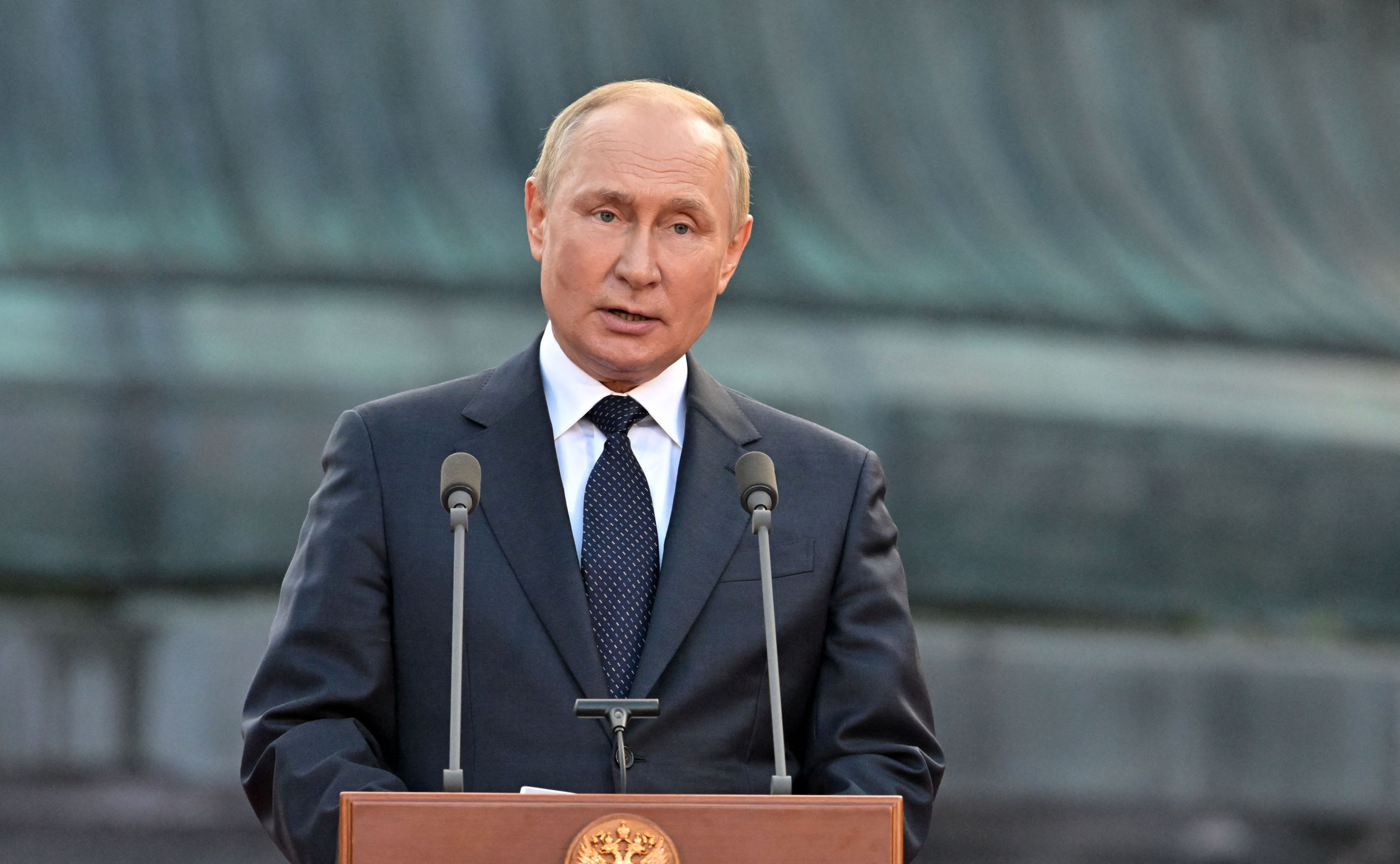 The upcoming referendums being held by Russia-backed separatists in Ukraine may give Russian President Vladimir Putin what he needs to justify a nuclear strike.

This week, Russian state-run news agency Tass reported that separatists in four territories of the Donbas region will hold referendums on joining Russia from September 23 to 27. Such votes had previously been prohibited by law from taking place.

Putin could use the referendums to find reasons for an attack that are in line with the conditions Moscow has set for the use of nuclear weapons.

John Erath, the senior policy director at the Center for Arms Control and Non-Proliferation, told newsweek that the referendums from the so-called Luhansk People’s Republic and Donetsk People’s Republic could hand Putin the “legal pretense” to consider those separatist-backed territories as parts of Russia.

Although the Russian army doesn’t have full control over these territories, the Kremlin will likely use the votes to formally annex Luhansk, Donetsk, Zaporizhzhia and Kherson. In the case that those occupied territories are formally admitted to the Russian Federation, any efforts from Ukraine to take back those territories will likely be seen as a direct attack on Russia.

Erath noted that Putin has already drawn “a very clear line” that if Ukraine puts one foot into Russia—which would include those occupied territories pending the upcoming votes—Putin would have legal grounds to use nuclear weapons.

On Thursday, former Russian President Dmitry Medvedev, who now serves as the deputy head of Russia’s Security Council, signaled that it would be likely for Moscow to use the referendum as justification for an attack.

“The Donbas republics and other territories will be accepted into Russia,” Medvedev said, according to Reuters. He added that the protection of all territories would be defended by Moscow’s arsenal, which includes strategic nuclear weapons.

The Russian officials prepare to adopt the occupied territories, Kyiv and its Western allies have already said they won’t recognize what they’ve labeled as sham votes—which could put a hitch in Putin’s plan.

Retired Lieutenant General Robert Ashley, who doesn’t see the Donbas as justifications for a nuclear strike, told newsweek that Putin “needs to see a broader threat to Russia” before he decides to launch an attack because his argument that these territories are part of Russia won’t stand in court.

“The only legal office that this could be leveraged for such an argument would be a Russian court. No international court recognizes any such annexation,” Ashley said.

He said that although Putin is still a “rational actor” when it comes to his knowledge and understanding of the international environment, there have been gaps like his unwillingness to recognize the resilience of Ukrainian forces and just how far Kyiv’s allies will go to support Ukraine .

“What is unknown is how [Putin] is learning from the developments and are they impacting his world view and decision-making. There is more escalation from Putin to come,” Ashley said, adding that the timeline as to “how slowly or quickly he’s willing to escalate” the war remains unknown.