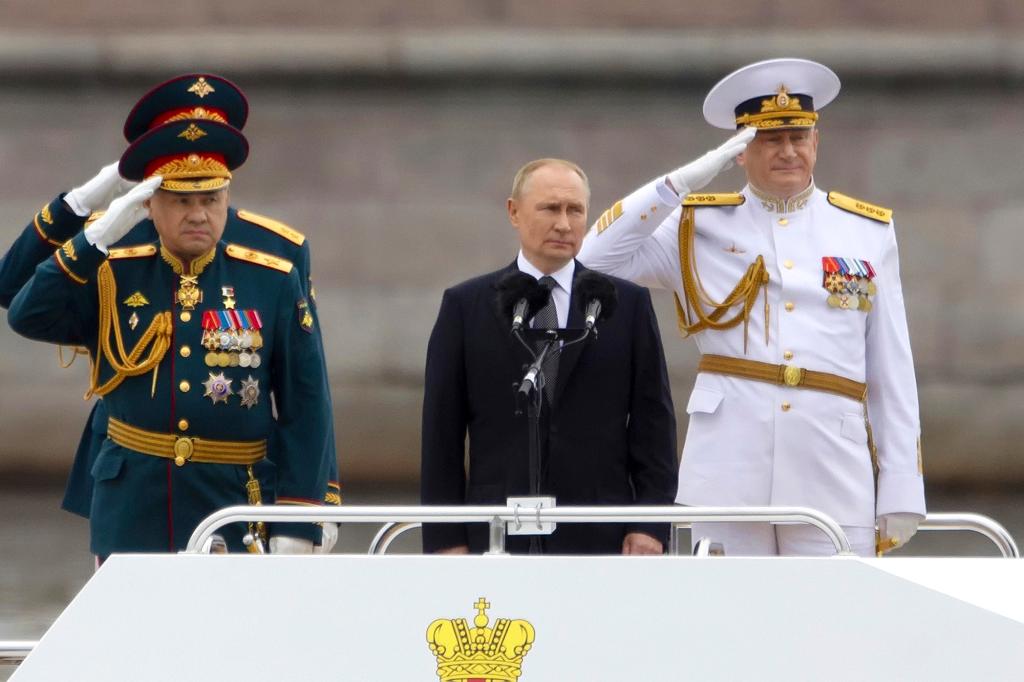 Russian President Vladimir Putin said Monday that a nuclear war “should never” be launched — as the head of the United Nations warned that the strongman’s Ukraine war is “one misunderstanding, one miscalculation away” from putting the world in danger of nuclear annihilation.

Putin’s comments came in a letter to participants at a UN conference to reaffirm the nuclear non-proliferation treaty that began Monday.

“We proceed from the fact that there can be no winners in a nuclear war and it should never be unleashed, and we stand for equal and indivisible security for all members of the world community,” the Russian leader said.

The remarks were a sharp departure from the Kremlin’s constant reminders of its nuclear capability during the past five months of the war in Ukraine.

As Putin invaded Ukraine in February, he warned that interference from Western would bring “consequences you have never seen” — widely interpreted nations to be a nuclear.

Days after the invasion, Putin put his nuclear forces on heightened alert, citing “aggressive statements” from his Western adversaries.

A month later, Kremlin flack Dmitry Peskov doubled down, defending Russia’s policy of using nuclear weapons if it felt its existence was threatened.

In April, Russia went ahead with a previously planned test for a next-generation intercontinental ballistic missile — and state-run media proceeded to taunt the West with a threat to nuke New York.

UN Secretary-General Antonio Guterres said that Monday’s meeting was happening “at a time when the risks of proliferation are growing and guardrails to prevent escalation are weakening.

“And when crises — with nuclear undertones — are festering from the Middle East and the Korean Peninsula to Russia’s invasion of Ukraine,” he added.

He said as a result of these conflicts, “humanity is just one misunderstanding, one miscalculation away from nuclear annihilation.”

“Future generations are counting on your commitment to step back from the abyss,” Guterres told the gathered politicians and diplomats. “This is our moment to meet this fundamental test and lift the cloud of nuclear annihilation once and for all.”

One hundred and ninety-one nations are party to the non-proliferation treaty. Under the terms of the agreement, the US, the UK, China, Russia and France — the five original nuclear powers — are expected to negotiate the elimination of their nuclear arsenals.

Nuclear powers India, Pakistan and North Korea are not signatories to the treaty. Neither is Israel, which is widely believed to have a nuclear arsenal that it does not publicly acknowledge.