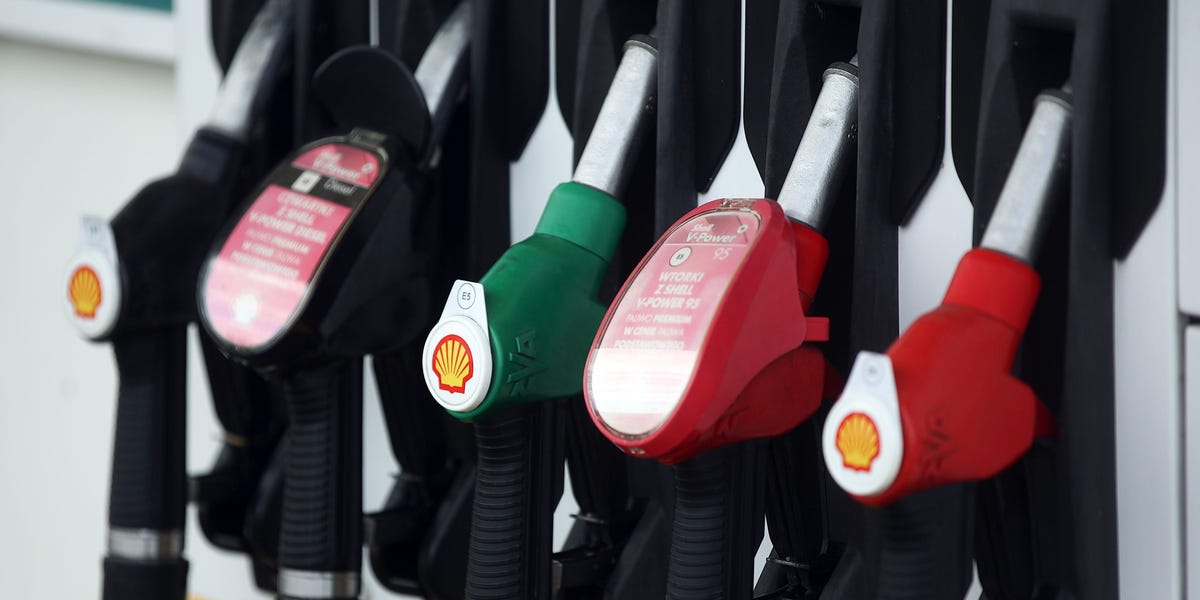 As gas prices remain high, some of the holds that gas stations place on consumers’ cards went up from $125 to $175.

Earlier this year, Visa and Mastercard raised the gas station hold limit to $175 because typical gas transactions surpassed $125 for drivers with larger cars. Individual gas stations set their own limits, and the hold is based on the highest amount a driver can pay for gas.

While the limit is at $175, some stations have kept the $125 cap, and some can put the cap lower than that.

“While fuel merchants have always had the ability to set their own pump shutoff limits, this change encourages fuel merchants to allow larger fuel purchases with reduced transaction risk,” a Visa spokesperson told Insider.

Seth Eisen, senior vice president of communications at Mastercard, said the hold amount in the US was increased in April, “reflecting trends identified by both retailers and financial institutions.”

In early June, gas prices hit an average of $5 a gallon for the first time. Summer travel demands could also drive the average price of gas up to $6.20 a gallon by August, according to Natasha Kaneva, head of commodities research at JPMorgan.

The temporary hold is put on a consumer’s card when they insert or tap their card on an automatic fuel dispenser. When drivers finish pumping their gas, and the price of the transaction is known, the customer’s bank lifts the hold.

“Our rules require that any temporary holds on funds in a cardholder’s account must be released in less than two hours of the fuel being dispensed,” Eisen said.

Visa also lifts the hold within 2 hours. But some holds last longer based on the payment network at the gas station.

Holds that take longer to lift can increase the risk of overdraft fees for customers using debit cards, Jeff Lenard, vice president of strategic industry initiatives at the Association for Convenience & Fuel Retailing, told The Wall Street Journal. If a customer is using a credit card, their available amount of credit is affected too.

“However, if you set a number that’s too low, you also risk not getting paid for that transaction,” Lenard said.

For cardholders concerned about available funds in their account, Eisen said they can go into the gas station and prepay a certain amount.

“But, any questions regarding specific account fees would need to be addressed by the bank that issued the card, as they have the direct relationship with the cardholder,” Eisen said.