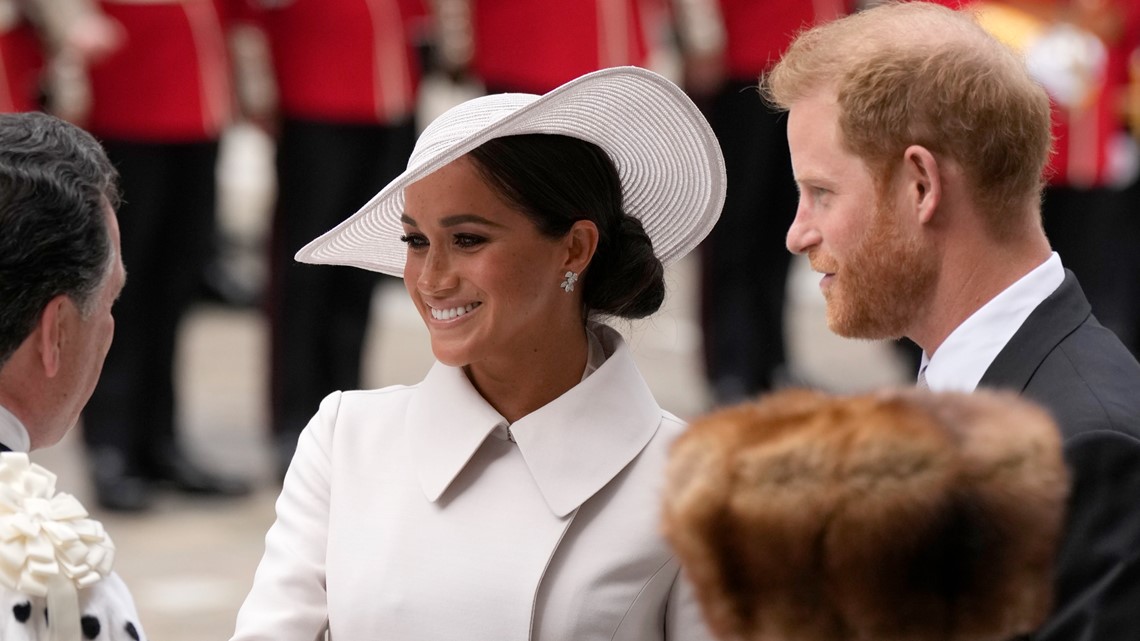 The adorable birthday portrait shows that Lilibet is a redhead, just like her dad.

WASHINGTON — Prince Harry and Meghan Markle have shared a new photo of their daughter, Lilibet “Lili” Diana Mountbatten-Windsor, who turned 1 while the family was in London to celebrate Queen Elizabeth II’s Platinum Jubilee.

The picture, taken by Misan Harriman, a family friend, was described as a spontaneous photo from Lilibet’s first birthday party, a spokesperson for the Duke and Duchess of Sussex said.

The photo also shows that Lilibet is a redhead, just like her dad.

Royal reporter Omid Scobie said Harry and Meghan invited close friends and family for the party, which was an “intimate backyard picnic” at Frogmore Cottage.

Harriman also shared another photo of Meghan holding Lilibet at the celebration.

A spokesperson for the couple told Scobie they were “amazed” to learn more than $100,000 has been donated to World Central Kitchen over the past month as part of a fundraiser to honor Lilibet and Archie’s birthdays. Archie, Lilibet’s older brother, turned three last month.

Lilibet was born in June 2021 and her name pays tribute to both Harry’s grandmother, Queen Elizabeth II, whose family nickname is Lilibet, and his late mother, Princess Diana.

Harry and Meghan were among nearly 50 members of the royal family who gathered Friday at St. Paul’s Cathedral for a church service in honor of the queen. It was the couple’s first public appearance in the UK since they stepped back from royal duties and moved to California two years ago.

Apart from attending Friday’s service, the couple didn’t make any other public appearances at the Platinum Jubilee.

It’s unclear whether or not Lilibet met her namesake during the trip.

Meghan and Harry announced in early 2020 that they would be stepping away from their royal duties, citing what they said were the unbearable intrusions and racist attitudes of the British media.

Lilibet’s birth moved Prince Andrew, who was born second in line in 1960, down to ninth place.