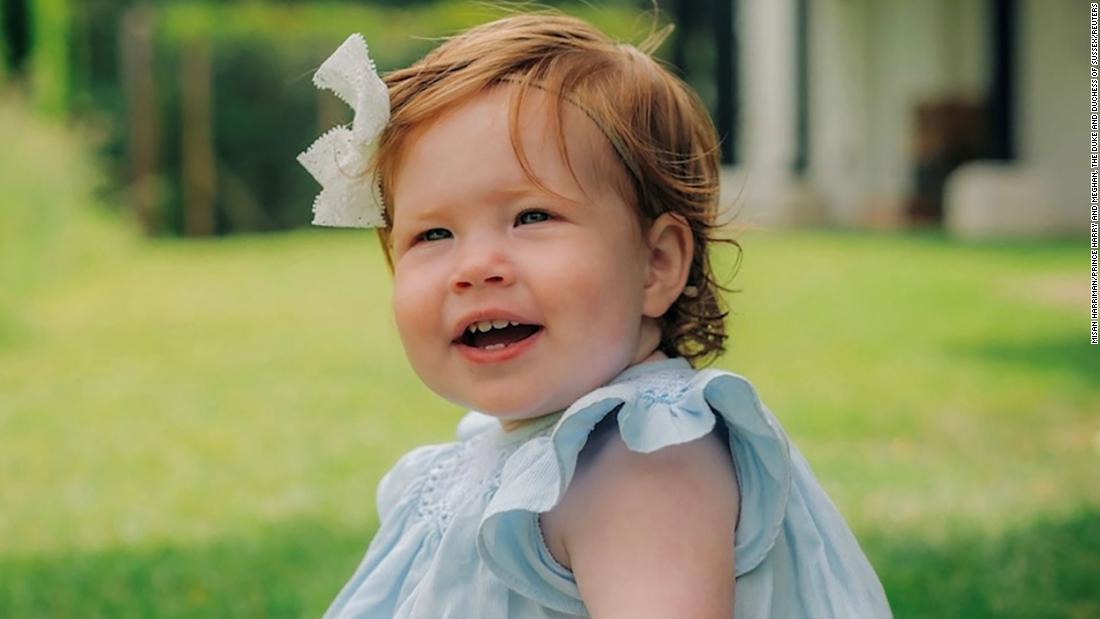 The couple “remain incredibly touched by the countless birthday wishes for their daughter, Lilibet Diana Mountbatten-Windsor,” the spokesperson said, adding that they were “amazed to learn” that donations in her honor for the World Central Kitchen (WCK) amounted to more than $100,000.

“WCK is first on the frontlines, providing meals in response to humanitarian, climate and community crisis. They build resilient food systems with locally led solutions. Most recently, they provided support in Uvalde, TX and Ukraine,” according to the spokesperson, who said that the organization is “especially near to their hearts.”

In the photo, Lilibet sits in the grass of her family’s UK home, wearing a blue dress and a white bow in her hair.

Like her brother Archie, Lilbet appears to have inherited her father’s red hair.

“Close family friend and guest, Misan Harriman, who attended Lilibet’s special day with his wife and children, took the candid, spontaneous photograph that The Duke and Duchess are pleased to share today,” the spokesperson said.

Additional details on Lilibet’s birthday celebrations were also revealed, including that the baker who made her birthday cake, Claire Ptak, is the same who created the Duke and Duchess’s wedding cake in 2018.

Lilibet is named after her great grandmother, Queen Elizabeth II.

Harry and Meghan had traveled to the UK to celebrate the Queen’s jubilee, a four-day holiday weekend to mark the Queen’s unprecedented 70-year-reign. Friday marked the couple’s first public appearance at a royal event in more than two years, when they attended a thanksgiving service for the monarch in the hallowed surroundings of St Paul’s Cathedral.

CNN has launched Royal News, a new weekly dispatch bringing you the inside track on the royal family, what they are up to in public and what’s happening behind palace walls. sign up here.