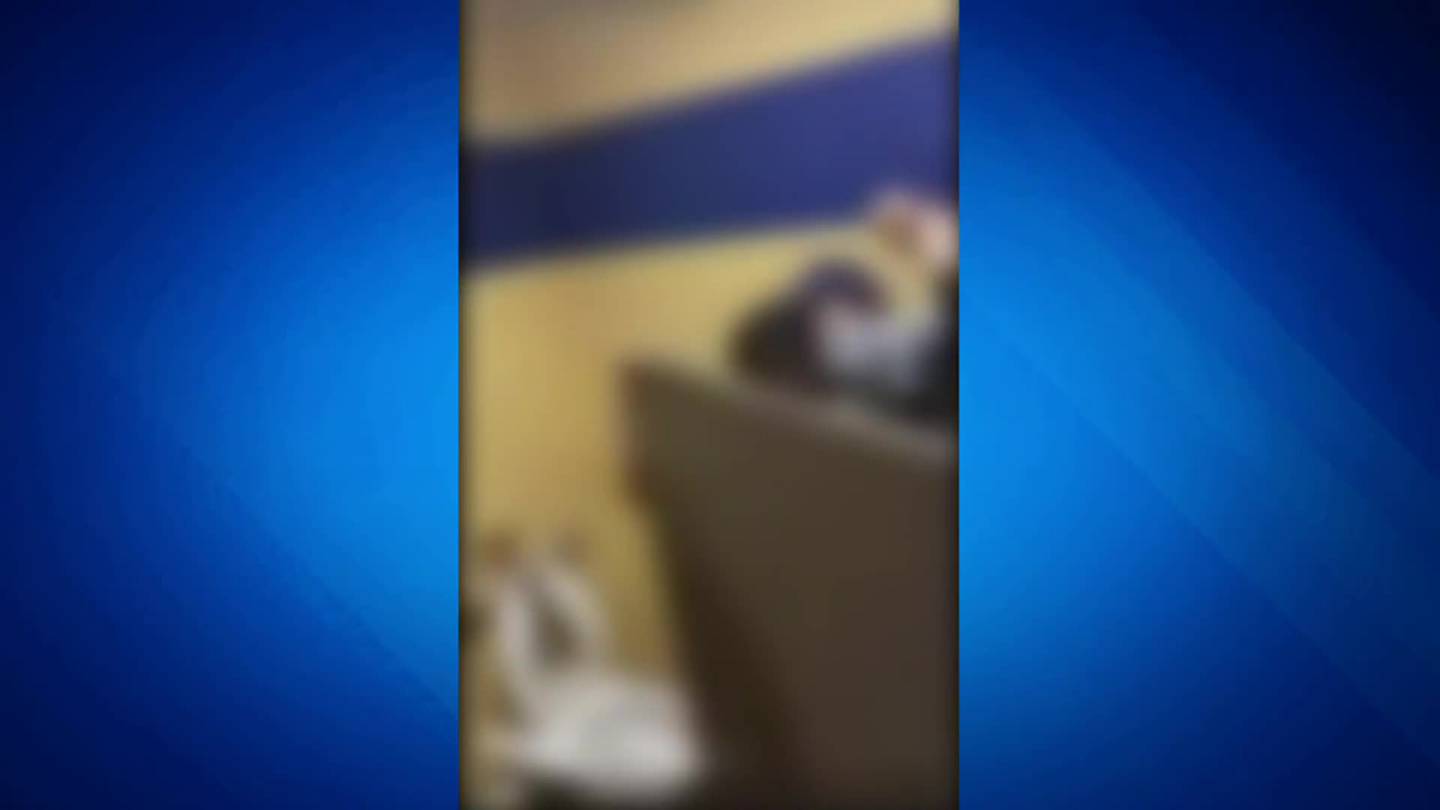 WILMINGTON, Mass. — Police and school officials in Wilmington are investigating a “serious and disturbing physical altercation” inside a boys’ bathroom this week that left the superintendent of schools “appalled,” not only because of the incident, but because some students recorded video and posted it online.

The video is difficult to watch.

In a letter to the school community dated March 30th, Superintendent Glenn Brand said the incident happened on Tuesday and investigators are working to identify the students involved.

The recording sent to Boston 25 indicates a student was picked up inside the bathroom and had his head forced into a toilet inside a stall in the bathroom. The video below has been blurred due to the ages of those involved.

“I am truly appalled by the actions of these students which are unacceptable and do not represent the core values ​​of this educational community,” said Supt. Brand. “It is my expectation that each and every one of our students has the right to attend a school that is safe and supportive. While I recognize that the vast number of our students consistently make appropriate choices to support such an environment, we will have zero tolerance for those that do not.”

“The Wilmington Public School prioritizes, above all else, the safety, well-being and respect of all of our students and staff,” said Supt. Brand.

“It is therefore with tremendous disappointment that I write to inform you of a serious and disturbing physical altercation that occurred in one of the boys’ bathrooms (Tuesday),” said Brand. “Not only is the incident itself concerning, but also that some of our students recorded the altercation and posted this online.”

“All students who are found culpable will be held fully accountable and appropriate disciplinary action will be taken as well as the removal of appropriate privileges that are afforded to those students,” said Supt. Brand. “I assure you that we will pursue relevant legal actions should such be deemed warranted following the investigation.”

The superintendent also alluded to another recent trouble at the school.

“This incident comes in the wake of a number of other concerns recently involving troubling student behavior. Everyone has an obligation to help foster the type of school environments that our students deserve, including our staff, families and most importantly, our students themselves,” said Brand.

A statement posted to the school’s website on Friday by the Wilmington High School Student Class Officers, called the incident “horrific.”

“If a picture is worth a thousand words then a video is worth a million, yet many of us were left speechless by the thoughtless actions of others that transpired earlier this week in one of our school bathrooms,” according to the statement. “These horrific actions perpetrated by an embarrassing group of individuals do not represent who we are as a student body. We are honor roll students, college bound-career focused seniors, varsity athletes, robotic champions and so much more. Our image should not be clouded by these individuals.”

“Obviously there were a lot of kids in the bathroom and this young man was taken and physically dragged into the bathroom,” said Desmond.

The chief says the students pick the student up and lower him head down into the toilet. “It clearly looks like an assault as far as I come from,” said Desmond.

Police are also looking to see if this incident rises to the level of a hate crime or civil rights violation. Chief Desmond says they have at least three recordings and they are working with the school to identify everyone involved.

“Kids should be able to go to school and feel safe and feel supported and not worried about being picked on or God forbid this incident is horrible. That poor kid” it’s terrible,” said concerned parent Roberta Biscan.

The school superintendent is scheduling bystander training that will be mandatory for all students. According to the police, the case is moving quickly and charges are likely to be filed.

Wilmington PD is investigating an incident in the high school that happened last month. Chief says they have multiple videos showing a group of students trying to hold a student over a toilet head down. Investigators don’t know if it rises to any sort of hate crime. pic.twitter.com/5H6x4TaTtR

Watch for updates on Boston 25.

This is a developing story. Check back for updates as more information becomes available.